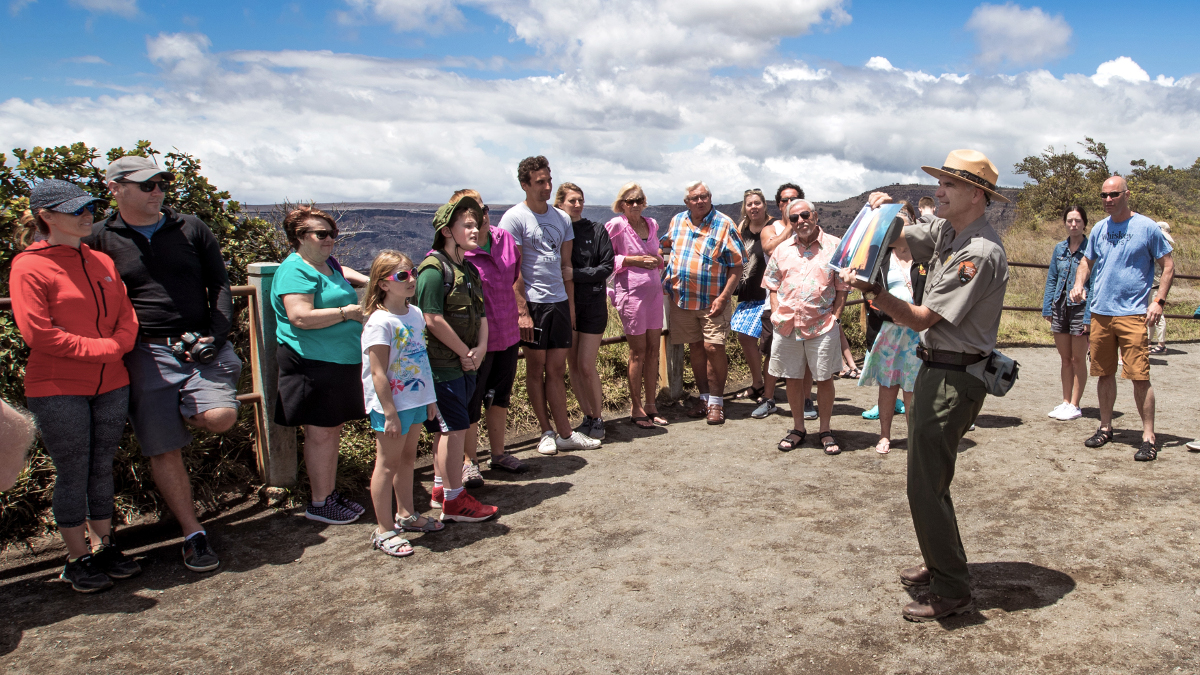 HAWAIʻI VOLCANOES NATIONAL PARK - 1.1 million visitors to the national park in 2018 spent $94.1 million in the surrounding communities, the National Park Service says. Those numbers are down from the year before. (BIVN) – A drop in visitation to Hawaiʻi Volcanoes National Park in 2018 compared to 2017 resulted in a lower economic impact to the surrounding area, and officials attribute the decline directly to dramatic eruption of Kīlauea Volcano that closed the park during the summer.

According to a National Park Service news release:

A new National Park Service report shows that 1.1 million visitors to Hawai‘i Volcanoes National Park in 2018 spent $94.1 million in communities near the park. That spending supported 1,040 jobs in the local area, and had a cumulative benefit to the local economy of $123 million.

“It’s not surprising to see a decrease in visitor spending during 2018 since most of Hawai‘i Volcanoes National Park was closed for 134 days due to unsafe and unpredictable volcanic activity,” said Acting Superintendent Rhonda Loh in the media release. “What’s important to note is that dangerous eruptive activity has ceased, and the vast majority of the park is open. Visitors are enjoying the park under clear skies free of volcanic gas, and are out hiking trails and marveling at scenic vistas near the summit, on Chain of Craters Road and Mauna Loa,” Loh said.

The eruption had a big impact on the park’s Kahuku Unit, which remained open during the 2018 eruption activity. The unit even increased its operational hours, and as a result, visitation increased 181 percent in 2018 (25,535 visitors) from the prior year (9,097 visitors in 2017).

The peer-reviewed visitor spending analysis was conducted by economists Catherine Cullinane Thomas and Egan Cornachione of the U.S. Geological Survey and Lynne Koontz of the National Park Service. The report shows $20.2 billion of direct spending by more than 318 million park visitors in communities within 60 miles of a national park. This spending supported 329,000 jobs nationally; 268,000 of those jobs are found in these gateway communities. The cumulative benefit to the U.S. economy was $40.1 billion.

Lodging expenses account for the largest share of visitor spending, about $6.8 billion in 2018. Food expenses are the second largest spending area and visitors spent $4 billion in restaurants and bars and another $1.4 billion at grocery and convenience stores.