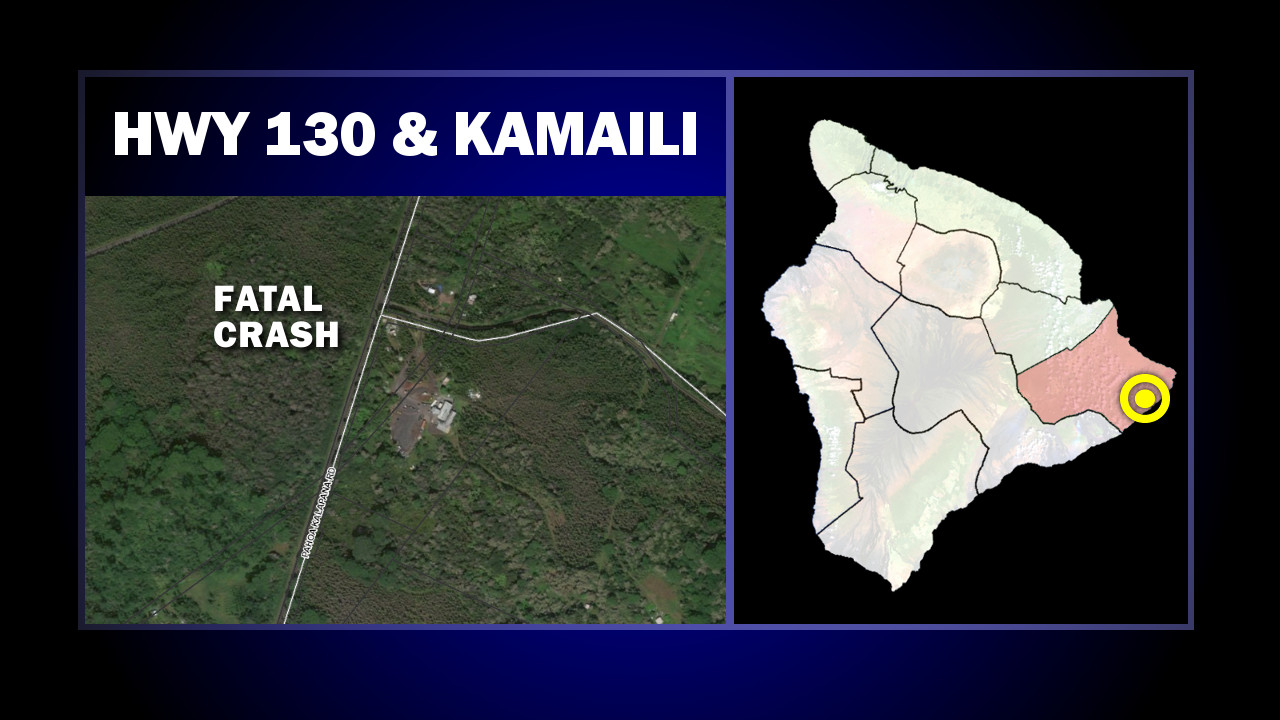 PUNA, Hawaiʻi - A woman said to be in her 60's was struck and killed by a passing motor vehicle while she was walking along Highway 130, fire officials say.

(BIVN) – Highway 130 was closed for hours on Wednesday, after a pedestrian was struck and killed by a vehicle.

The woman who was killed was not identified but is believed to be in her 60’s, according to the fire department.

The Hawaiʻi Police Department reported that Highway 130 was closed at the Kamaili intersection in the Puna District due to the deadly incident. “The road will be closed for several hours,” Hawaiʻi County Civil Defense said. “There is no detour. Please be patient as the Police take care of the scene.”

According to the Hawaiʻi County Fire Department, the incident occurred around 5:16 a.m. Wednesday morning on Hwy 130 near the 15.5 mile marker.

An SUV driving North bound on Hwy 130 struck a 60’s female walking along the roadway. The women was found without any signs of life by HPD officers who performed CPR until the arrival of EMS units. EMS personnel took over care for the woman but after performing a trauma assessment the woman was determined to be a DOA by EMS personnel after finding traumatic injuries that could not support life.

According to the fire department, “a small dog was found with the woman who was trying to ‘protect’ her by trying to bite HPD and EMS personnel. The humane society was called to pick-up the dog while an investigation was performed by HPD.”

The scene was turned over to the police.

Responding to a 5:15 a.m. call, police determined that a female pedestrian was within the Pāhoa-bound lane of travel on Highway 130, just South of the Kamaili Road intersection when she was struck by a motor vehicle being operated by a 35-year–old female from Kalapana that was heading Pāhoa-bound.

The pedestrian was unresponsive and was later pronounced dead at the Hilo Medical Center at 11:08 a.m.

Police do not believe alcohol, speed or inattention were factors in the crash.

This is the 9th traffic fatality this year compared to 11 at this time last year, police say.