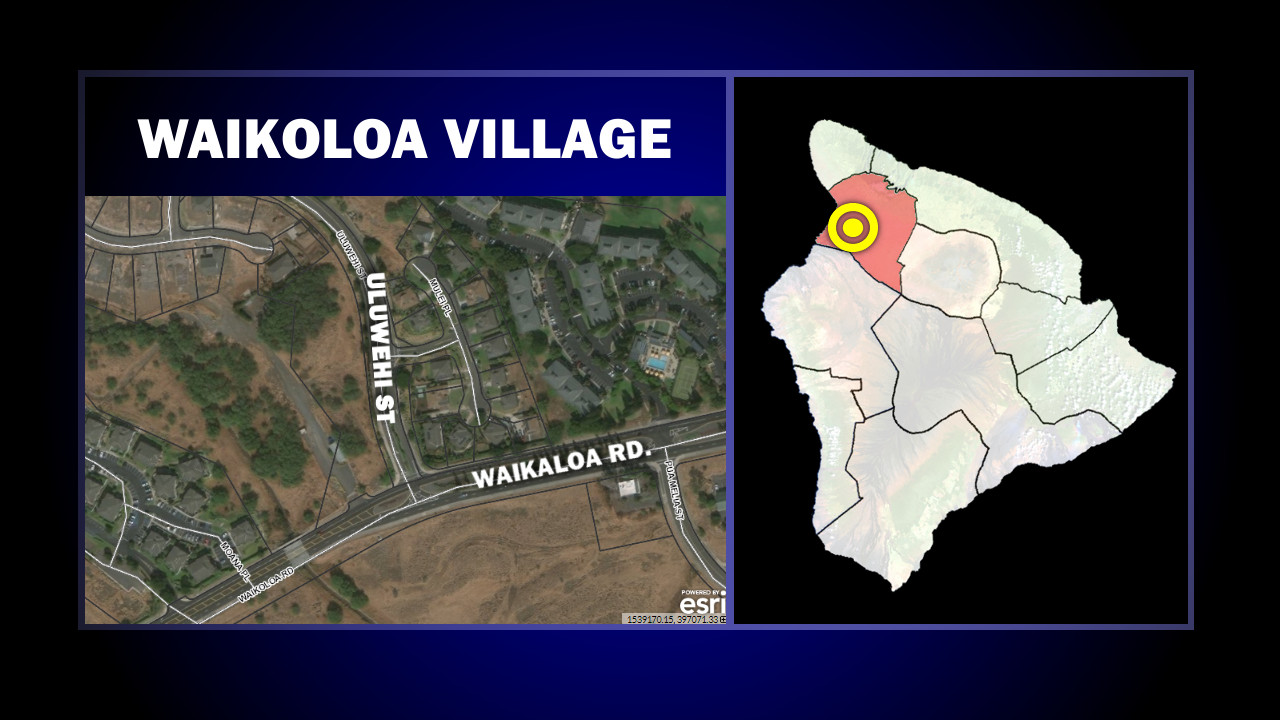 WAIKOLOA, Hawaiʻi - A 38-year-old man riding a motorcycle has died after colliding with a vehicle at the intersection of Waikoloa Road and Uluwehi Street.

(BIVN) – Hawaiʻi Island police have identified the man who died following a May 16 vehicle crash on Waikoloa Road.

The 38-year-old male victim was identified at Jessie Lee Stacy. Stacy was riding a motorcycle when it collided with a Nissan Altima.

Responding to a 5:16 p.m. call, police determined that a white 2018 Nissan Altima being operated by a 61-year-old California man was making a left turn from Waikoloa Road onto Uluwehi Street when it collided with a westbound (Makai) blue 2001 Harley-Davidson motorcycle.

The 38-year-old male rider was transported to the North Hawaii Community Hospital where he was listed in critical condition. He was later transported to the Queens Medical Center on Oahu for further treatment where he later died on Sunday, (June 2).

The driver of the Nissan, a 61-year-old male, and a 60-year-old female passenger were not injured in the collision.

The Area II Traffic Enforcement Unit has reclassified the case from a Negligent Injury investigation to Negligent Homicide and is asking for anyone who may have witnessed the accident to contact Officer Jason Foxworthy at (808) 326-4646 ext. 229.

This is the 11th traffic fatality this year compared to 17 at this time last year.