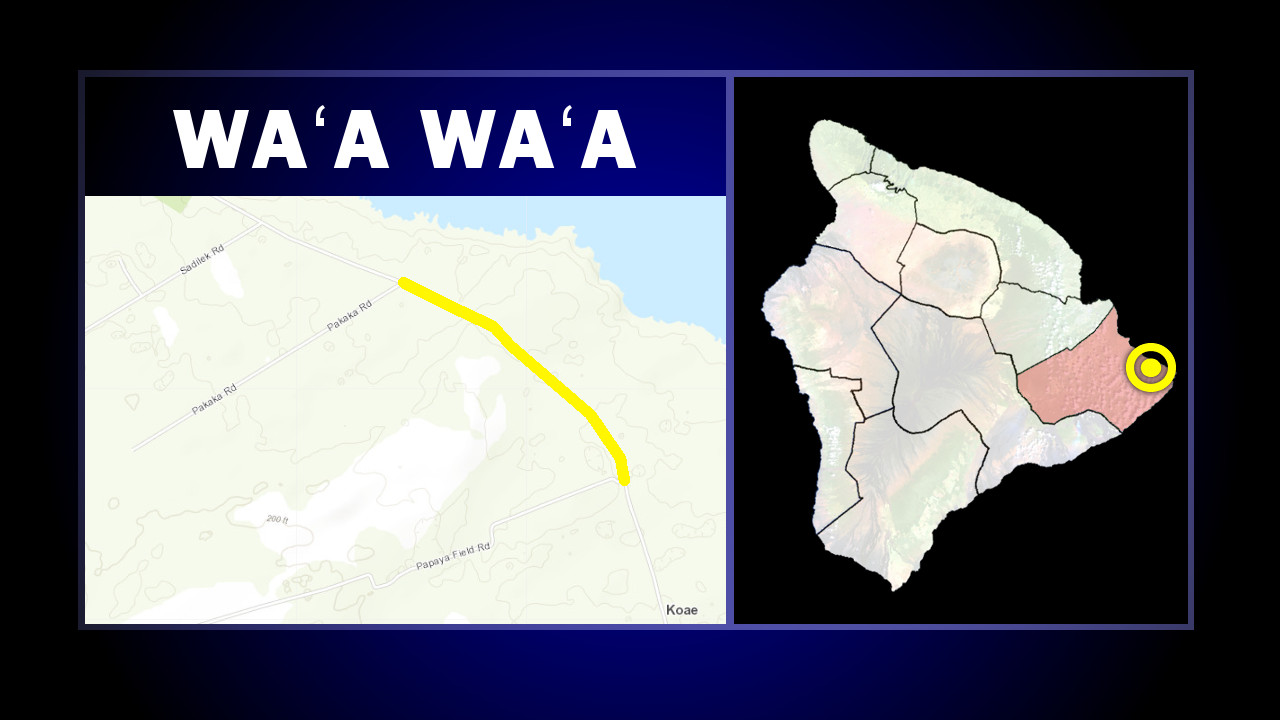 PUNA, Hawaiʻi - Government Beach Road between Papaya Farms Road and Pakaka Road was closed in both directions on Saturday morning.

A later Hawaiʻi County Civil Defense message stated “Highway 137 in Waʻawaʻa between Papaya Farms Road and Pakaka Road is closed in both directions until further notice due to a traffic collision,” adding that “there is no detour at this time.”

An unidentified female has died from injuries sustained in a single vehicle crash that occurred on Saturday morning (June 15) on Government Beach Road, 2.8 miles South of Kahakai Boulevard.

Responding to a 5:40 a.m. call, police determined that a 2017 Honda SUV was heading South on Government Beach Road when it veered off of the roadway onto the Makai shoulder of the single-lane road and overturned on its side. The female driver was not responsive at the scene, and was transported to the Hilo Medical Center where she was later pronounced dead at 10:34 a.m.

Police do not believe alcohol or speed were factors in the crash.

This is the 12th traffic fatality this year compared to 15 at this time last year.