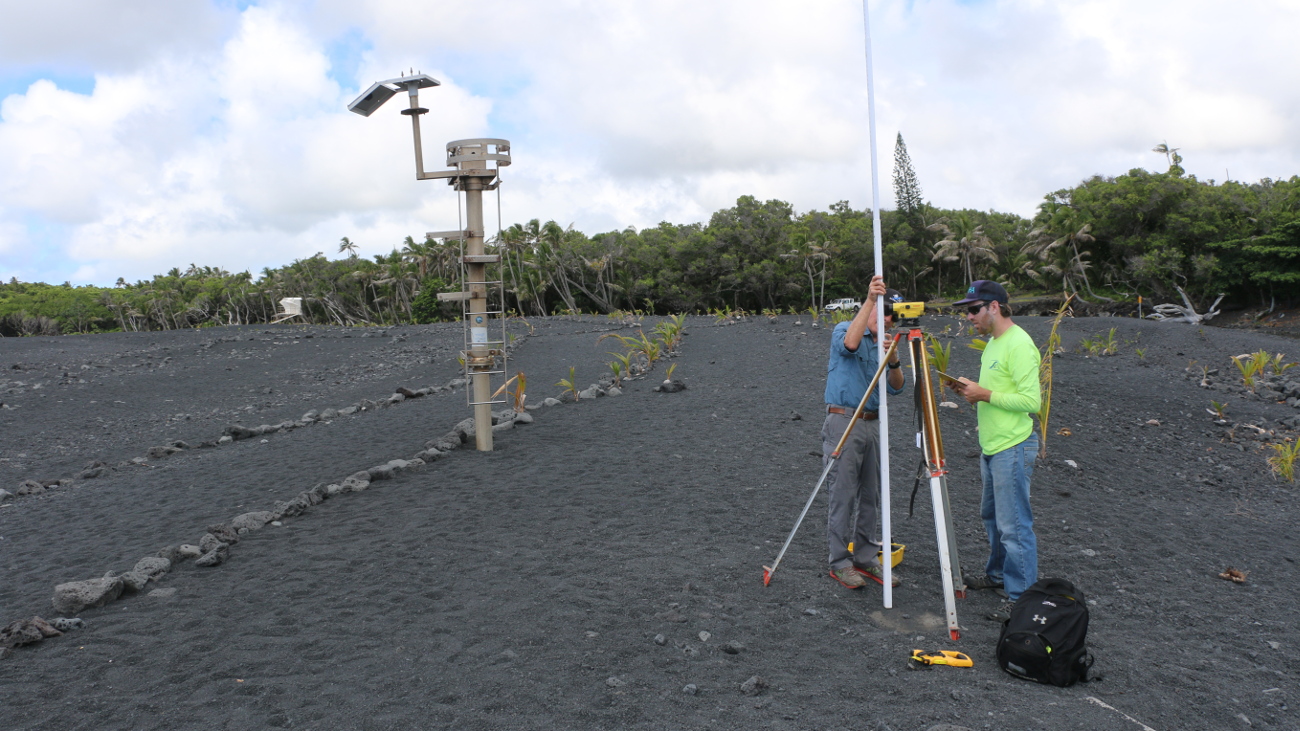 POHOʻIKI, Hawaiʻi - Over a thousand people have signed a petition to the State of Hawaiʻi asking that a boat ramp be located at Pohoʻiki, as opposed to an alternative ramp at Ka‘akepa.

(BIVN) – A growing number of people are signing on to a petition in support of reestablishing a boat ramp at Pohoʻiki in Puna after the 2018 eruption of Kīlauea.

As of Friday evening, over a thousand people have added their name to the change.org online petition started by Leah Gouker on behalf of Puna ʻohana and fishermen. Gouker said the petition came about after a June 30th meeting in Pāhoa, during which an unanimous decision was made by the Puna ʻohana that the new boat ramp should be located on the lava flow adjacent to the beach at Pohoʻiki.

Isaac Hale Beach Park was closed to the public in May 2018 when the eruption of Kīlauea Volcano on the lower East Rift Zone threatened to isolate Pohoʻiki on either side with lava flows. In July 2018, lava covered a portion of Pohoʻiki on the north side and filled in part of the bay, but ultimately spared the park. A new black sand beach now stretches across the shoreline and grows larger every day. The boat ramp was also spared, but the entrance was blocked by the deposited sand.

On June 10, the Hawaiʻi Department of Land and Natural Resources identified an alternative location for a boat ramp in Puna. It would be expensive to recover the boat ramp at Pohoʻiki, an engineering report found. Instead, “Mālama Flats”, just south of McKenzie State Recreation Area, could be a reasonable alternative location. A Mālama Flats boat ramp comes with an estimated price tag of $14.5 million.

However, Puna lawaiʻa and over 300 ʻohana want to see the boat ramp at Pohoʻiki, and oppose the alternative at Ka‘akepa, referred to as “Mālāma Flats” by DLNR.

This message is attached to the online petition. The wording of the petition was created at the June 30th meeting:

1. This is a statement that is being put forth by organized groups: Puna ‘ohana, fishermen, Hawaiian practitioners, locals of the area, businesses and organizations. We require the state officials to include, communicate and act upon our mana‘o into any decision making on the issue of replacing Puna’s only boat ramp.

2. We reject any and all proposals of development at Ka‘akepa and other wahi pana (sacred/storied places) along the Puna coastline without consultation from this collective. This is a culturally and historically significant site, a wahi pana, and a source of subsistence for our people. Development would desecrate and destroy our resources, and we refuse to allow that to happen.

3. The boat ramp construction should be for a small and limited fishing boat ramp with adequate infrastructure, as exists at Pohoiki. This helps in keeping the pollution and boat traffic at a minimum. This will reduce habitat loss and increased pressure on reefs and marine species along our coastline. The large-scale development that is being suggested in the surveys is not in the best interest of our community and natural ecosystems which we depend on for gathering and where we are preserving our resources for the generations of Puna ‘ohana into perpetuity.

4. DLNR/DOBAR needs to use the feasibility study money allocated in 2019 to research sites at Pohoiki, to improve with adequate infrastructure the existing ramp and the construction of a new ramp on the adjacent lava flow.

5. We demand that the engineering consultants along with the legislative bodies and community representatives attend our community meetings specifically in regards to Pohoiki boat ramp, infrastructure and design.

6. Local fishermen of lower Puna who have lost their livelihood need to have an immediate temporary solution(s). Federal, State, and County eruption recovery funds should be allocated to meet these needs NOW.

A public meeting will be held concerning the future location of a Puna boat ramp on Saturday, July 13, at Sacred Hearts Church in Pahoa from 1 p.m. to 3 p.m. The meeting is being organized by State Representative Joy San Buenaventura. The Puna ʻohana and lawaiʻa petitioning the state to create a boat ramp at Pohoʻiki have made a request to be put on the agenda of the meeting.