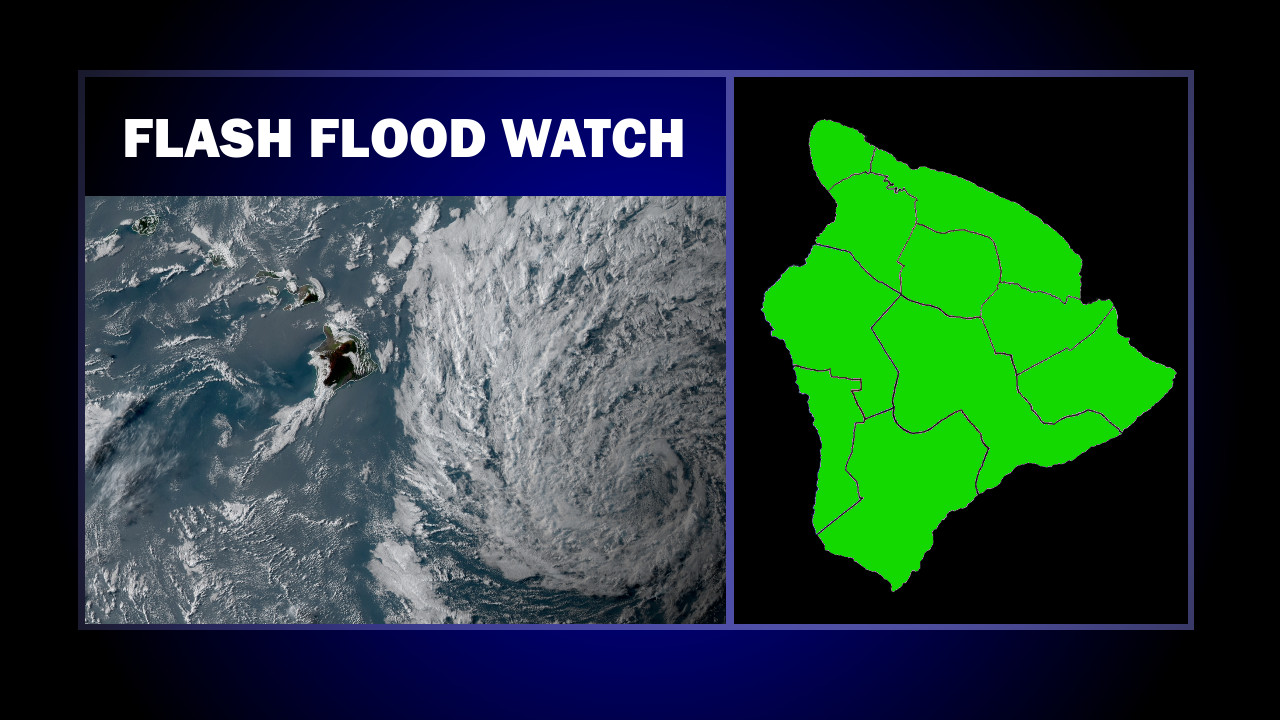 HAWAIʻI ISLAND - The onset of rains from the moisture associated with the remnant of Barbara are forecast to begin tonight and continue through tomorrow night, emergency officials say. 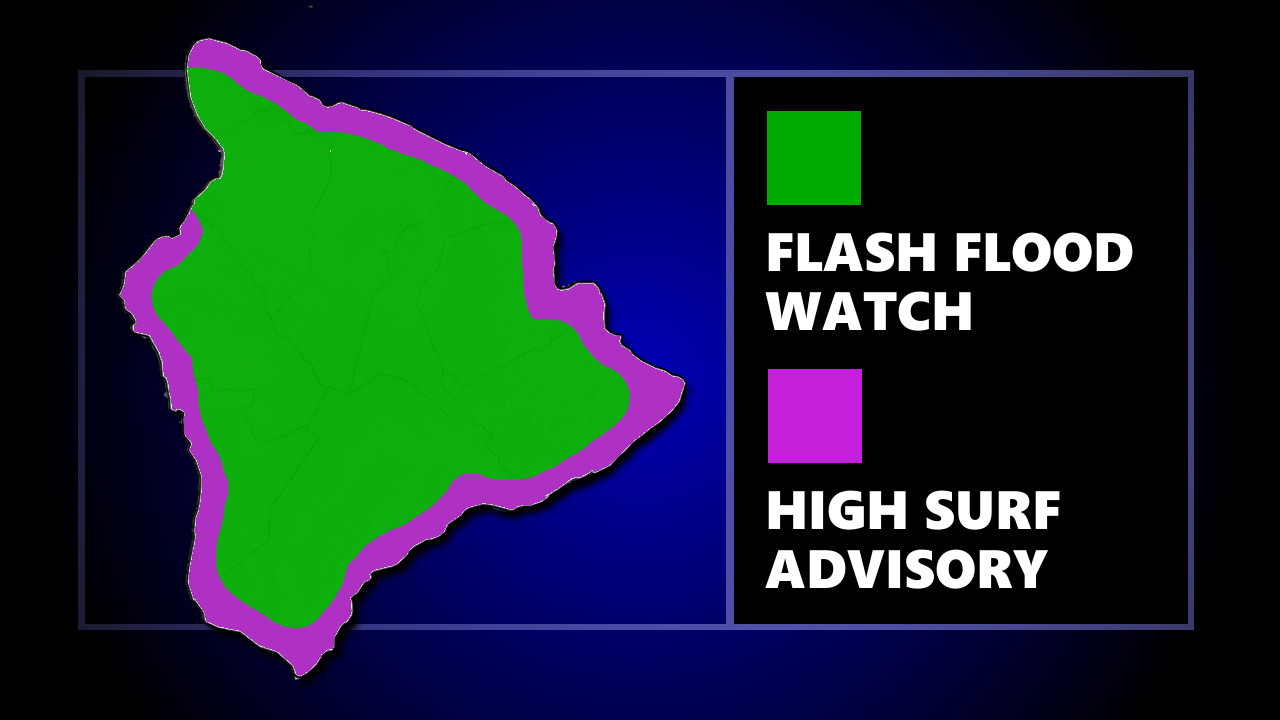 UPDATE: Monday, July 8 – The National Weather Service in Honolulu has issued a Wind Advisory, which is in effect until 8 p.m. HST this evening. East winds will be at 25 to 35 mph with higher gusts up to 50 mph across the most of the Big Island.

At 4 a.m. Monday morning, the National Weather Service reported: “The remnants of former tropical cyclone Barbara continue to spin roughly 300 miles southeast of Hilo this morning. Satellite imagery this morning shows bands of unstable clouds radiating outward from the center of this remnant trough and drifting over windward mountain ranges. Abundant and unstable tropical moisture surrounding this trough will pass westward through the islands today and tomorrow.”

A Flash Flood Watch, issued by the National Weather Service in Honolulu, continues on Hawaiʻi Island, from 10 p.m. this evening through late Monday night.

A High Surf Advisory also remains in effect for most of the Big Island. Along east facing shores, surf heights are expected to remain 9 to 14 feet through Tuesday morning.

In its 4:30 p.m. message, civil defense said that due to the Flash Flood Watch, the following are in effect: 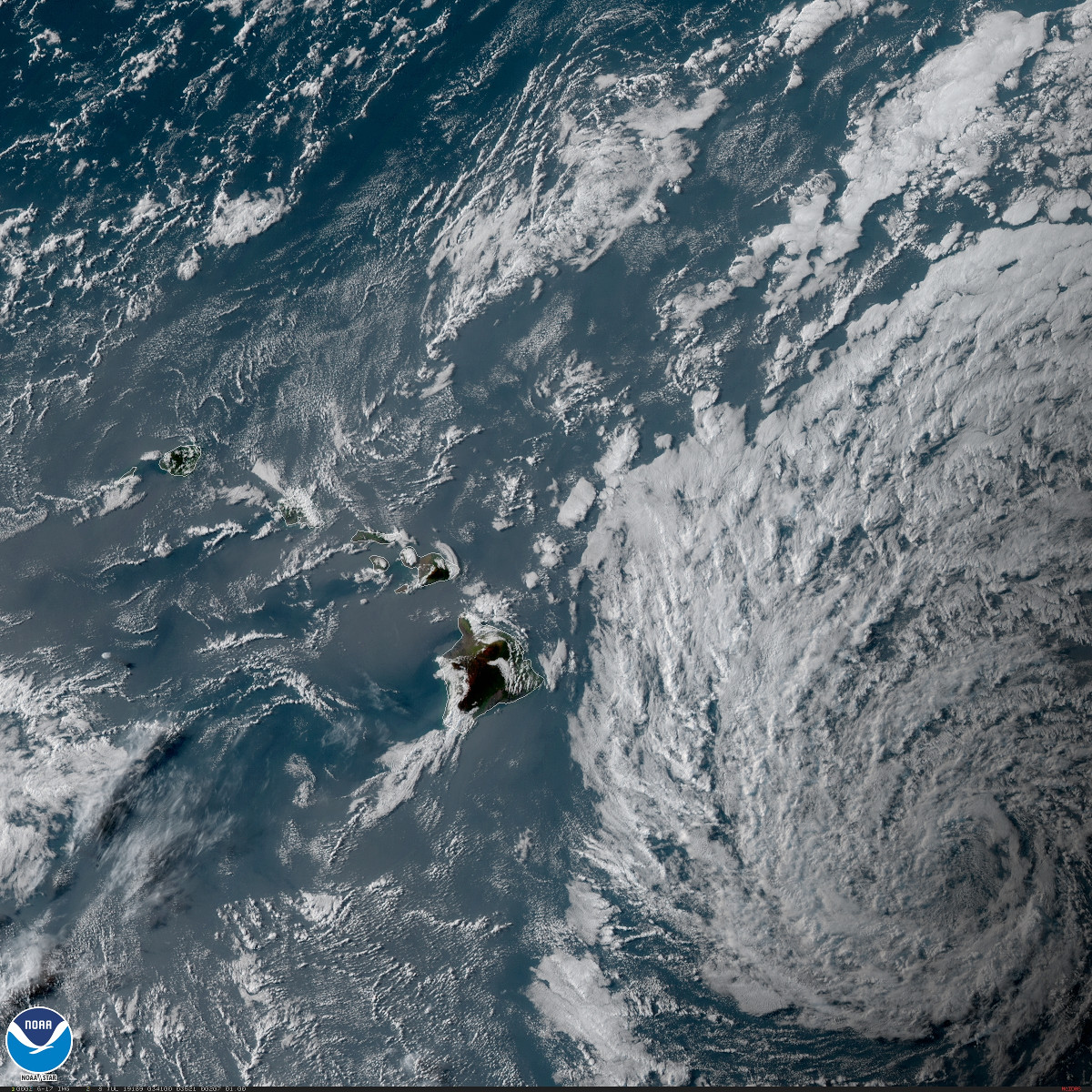 The National Weather Service had these details on the former tropical cyclone Barbara in its 3:52 p.m. HST discussion:

The low level circulation is expected to pass by just south of the state. However, moisture associated with Barbara is expected to bring an increase in shower activity across the area especially over the east end of the island chain. A Flash Flood Watch is currently posted for the Big Island beginning tonight and continuing through Monday night as they will be closer to the highest moisture content. Daytime heating may allow for a few thunderstorms to develop Monday afternoon over the Big Island slopes. There still remains some uncertainty as to how far north the moisture field will extend as it passes the longitude of the islands. Although all islands are likely to see some locally heavy rainfall, especially windward areas, the potential for flooding rainfall away from the Big Island appears less likely at this time. However expansions to the Flash Flood Watch are still a possibility.