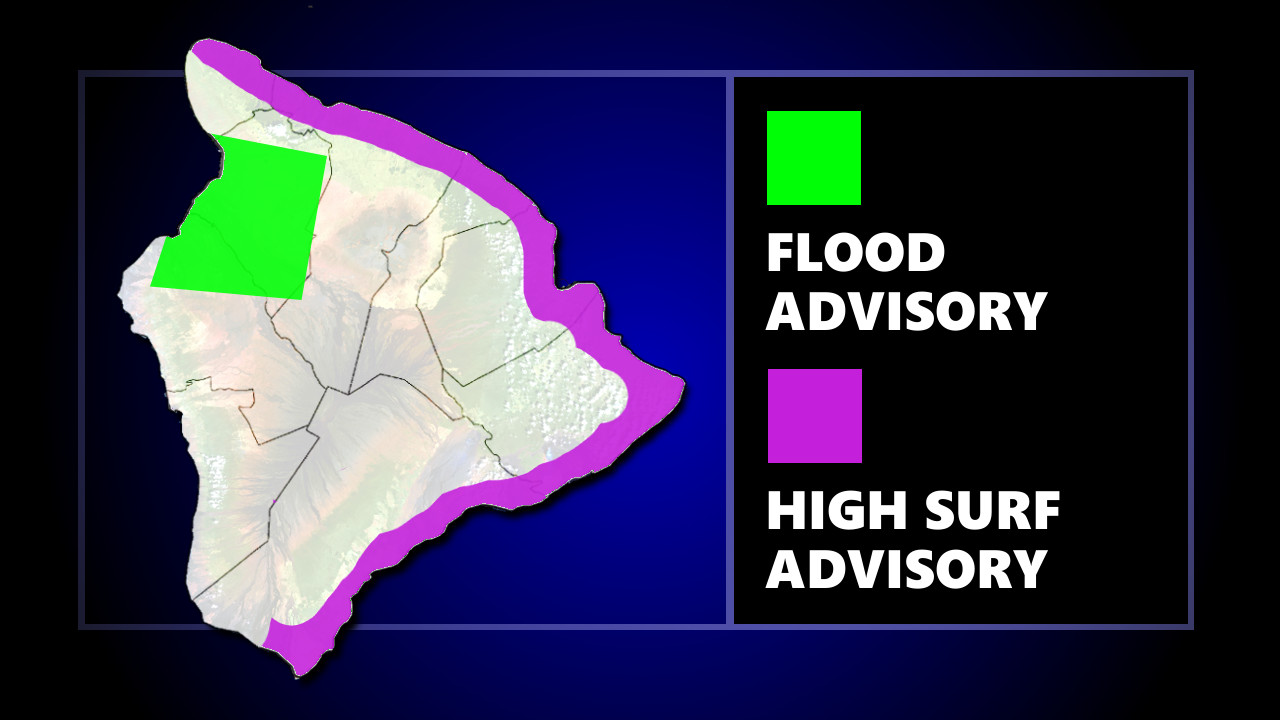 HAWAIʻI ISLAND - Locations in the advisory include but are not limited to Puʻuanahulu, and Mamalahoa Highway between Daniel K. Inouye Highway and Waikoloa, forecasters say.

UPDATE – (5 p.m.) The Flood Advisory and the High Surf Advisory are no longer in effect for Hawaiʻi Island.

(BIVN)
– A Flood Advisory was issued for an area in West Hawaiʻi on Tuesday afternoon, where rain was falling at a rate of one to two inches per hour.

The advisory is in effect until 5 p.m. HST and includes areas in and around Puʻuanahulu, and Mamalahoa Highway between Daniel Inouye Highway and Waikoloa.

UPDATE – A Brown Water Advisory has also been issued at Hilo bay and along the Hāmākua coast. According to the notice from the Hawaiʻi Department of Health:

Recent rain and elevated surf has resulted in stormwater runoff entering into coastal waters. The public is advised to stay out of flood waters and storm water runoff due to possible overflowing cesspools, sewer, manholes, pesticides, animal fecal matter, dead animals, pathogens, chemicals, and associated flood debris. Not all coastal areas may be impacted by runoff, however, if the water is brown stay out. Continue to practice good personal hygiene and follow-up with your primary care physician if you have any health concerns. 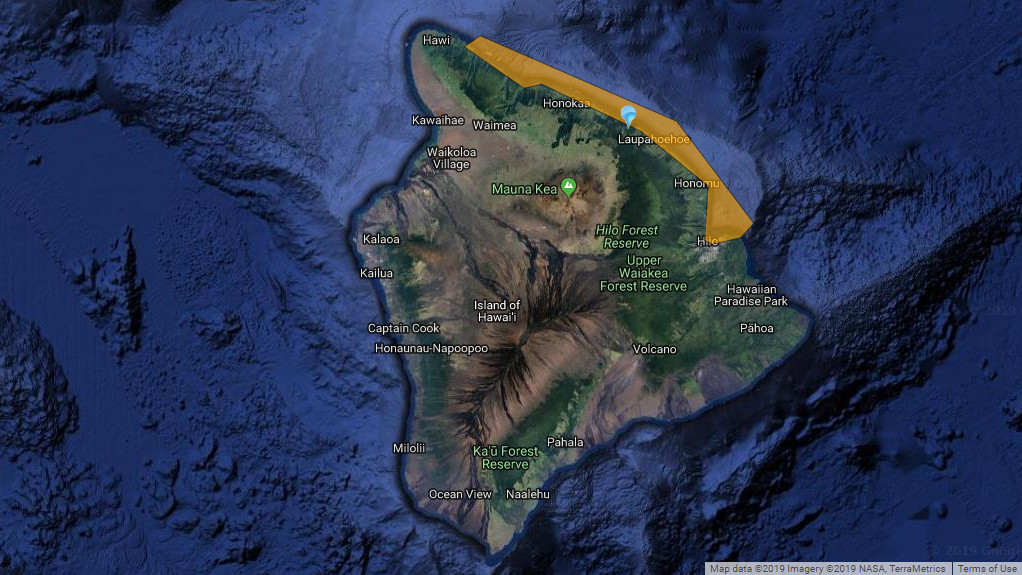