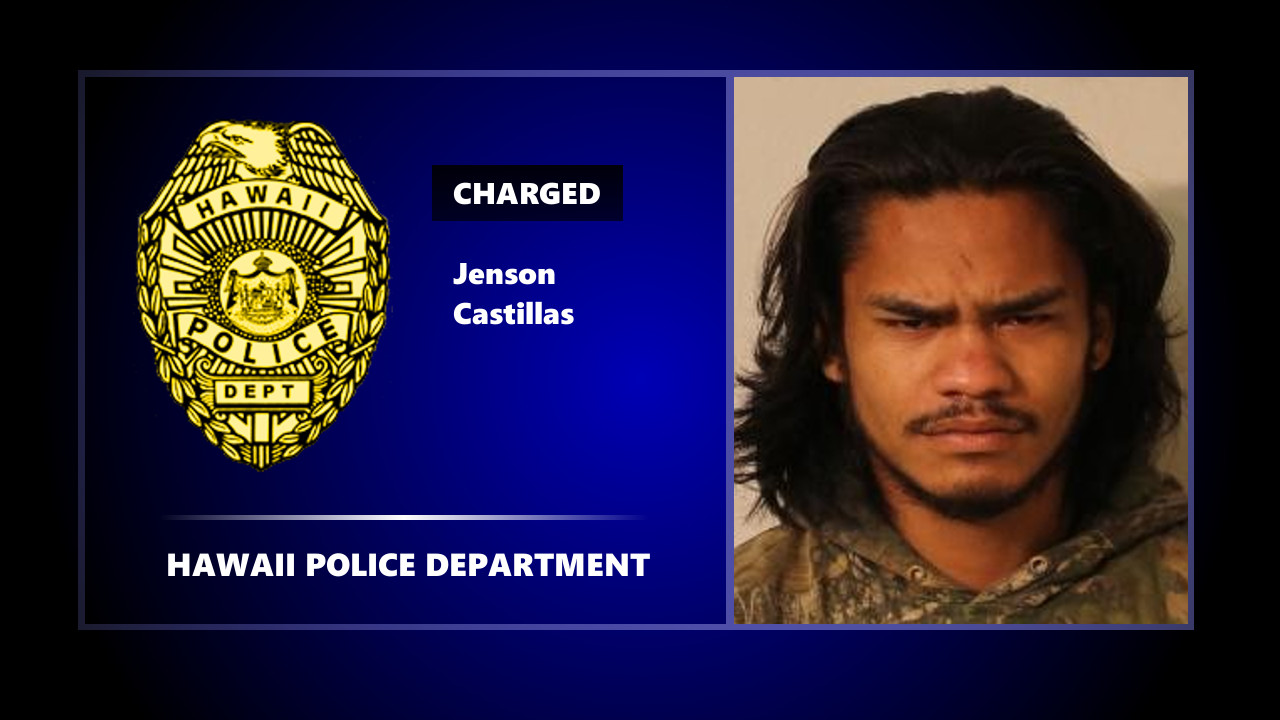 PĀHOA, Hawaiʻi - Hawaiʻi County Police detectives have charged a 22-year-old Pāhoa man in connection with two separate burglaries from the Hawaiʻi Academy of Arts and Science.

(BIVN) – Two days after the second of two burglaries at a Puna charter school, Hawaiʻi Island Police arrested, and later charged, a 22-year-old Pāhoa man in connection with the crime.

The Hawaiʻi Academy of Arts and Science was found burglarized on June 30 and again on July 7, school officials say. The thieves made off with lots of equipment, a lawn tractor, expensive tools, and a 2013 Toyota Tacoma.

Police made an arrest a few days later:

On Monday morning (July 8), at 7:42 a.m., Puna police officers stopped a vehicle on Highway 130 near Paradise Drive for traffic violations and contacted the driver of the vehicle, Jenson Castillas, and a 21-year-old female passenger. Officers observed several items within the rear of the vehicle that were similar to several items reported stolen from a charter school in Pahoa…

Castillas and his passenger were taken into custody and were held in the police cellblock while detectives from the Area I Criminal Investigation Section continued the investigations into both burglaries, police say.

Detectives later charged Castillas with two counts of second-degree burglary and his bail was set at $4000. He made his initial court appearance on Wednesday (July 10). The female was released pending further investigation, police say.

Anyone who may have information about this incident is asked to call or Detective Wendall Carter at (808) 961-2383 or email wendall.carter@hawaiicounty.gov. or call the Police Department’s non-emergency line at (808) 935-3311.