(BIVN) – Puna families and fisherman filled the Sacred Hearts Church building in Pāhoa on Saturday, to speak in favor of reestablishing a boat ramp in the area of Pohoʻiki, and against any consideration of developing a new boat ramp at Kaʻakepa to the south.

Isaac Hale Beach Park was closed to the public in May 2018 when the eruption of Kīlauea Volcano on the lower East Rift Zone threatened to isolate Pohoʻiki on either side with lava flows. In July 2018, lava covered a portion of Pohoʻiki on the north side and filled in part of the bay, but ultimately spared the park. A new black sand beach now stretches across the shoreline and grows larger every day. The boat ramp was also spared, but the entrance was blocked by the deposited sand.

On June 10, the Hawaiʻi Department of Land and Natural Resources identified an alternative location for a boat ramp in Puna. It would be expensive to recover the boat ramp at Pohoʻiki, an engineering report found. Instead, Kaʻakepa, just south of McKenzie State Recreation Area, could be a reasonable alternative location, officials suggested. A Kaʻakepa boat ramp comes with an estimated price tag of $14.5 million. 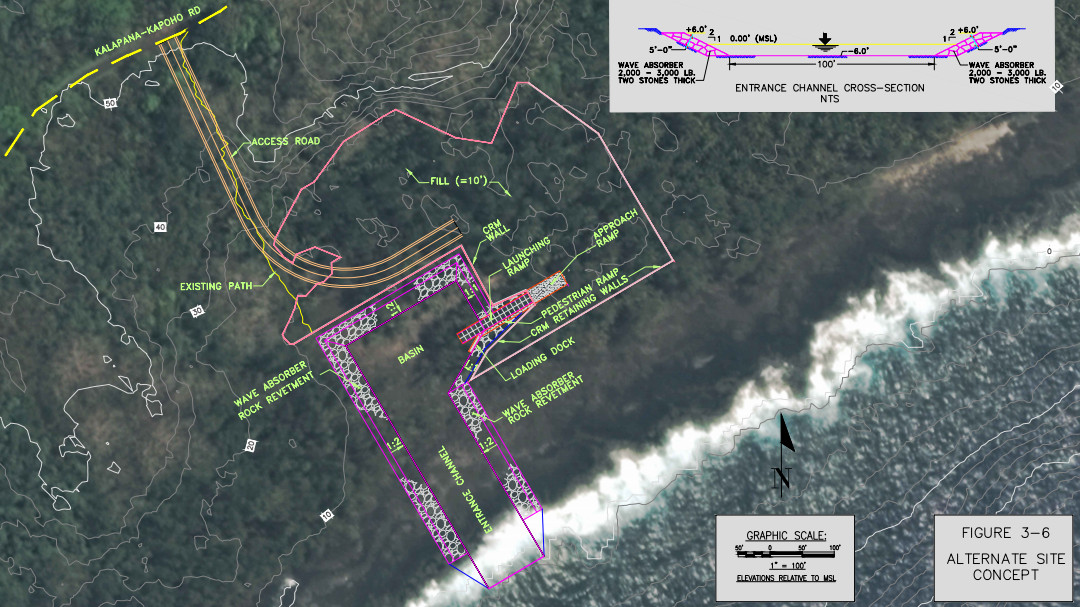 Puna ʻohana and fishermen organized, and created an online petition in support of reestablishing a boat ramp at Pohoʻiki, and rejecting “any and all proposals of development at Ka‘akepa and other wahi pana (sacred/storied places) along the Puna coastline.” Thousands signed their name.

Leila Kealoha of KAPONO / Nā Lauʻō o Kaʻakepa addressed the crowd, and shared the backstory of the petition. She then passed the microphone to Mililani and Michael Trask.

Next up, the Hawaiʻi Tracker team of Dane DuPont and Philip Ong shared a few options for a new boat ramp in the area of Pohoiki, on the new lava just north of the previous boat ramp.