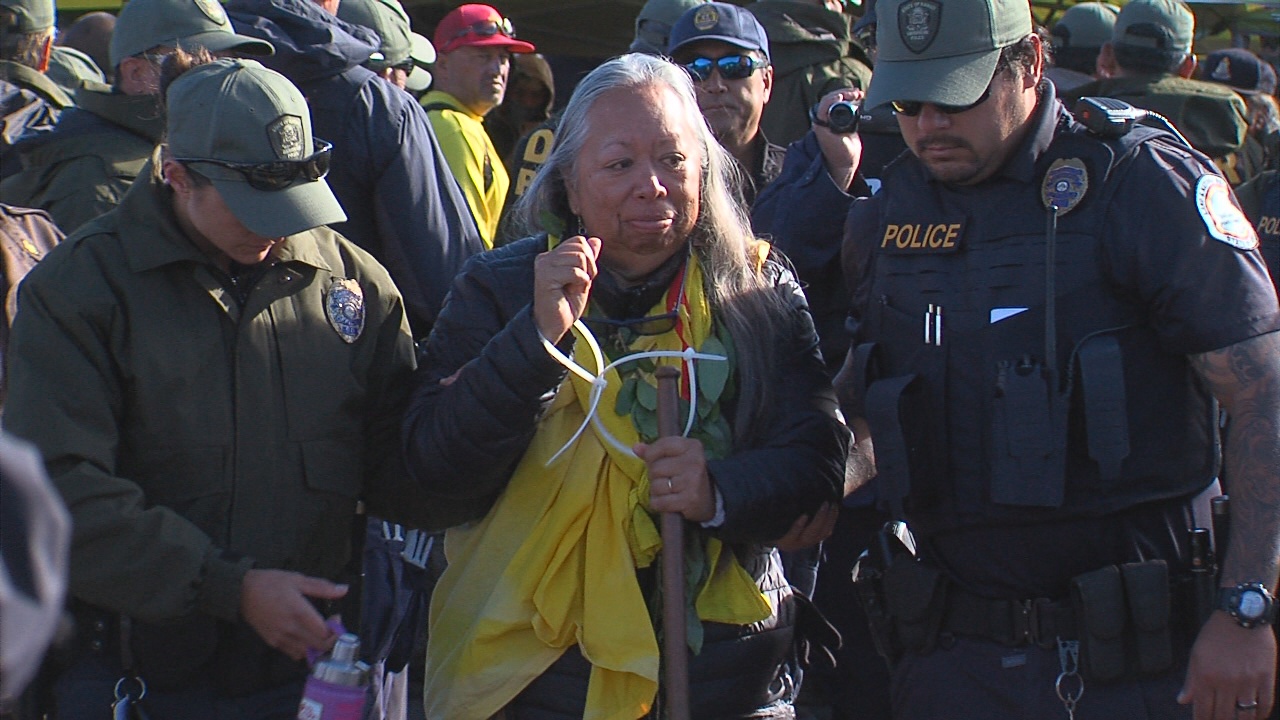 (BIVN) – On day three of the scheduled start of construction of the Thirty Meter Telescope, police made their move to clear the Mauna Kea Access Road.

A resolute group of kupuna, many of them well known Hawaiian cultural practitioners and dedicated aloha ʻāina, once again sat in the path of police, as they had on Monday and Tuesday. This time, however, police did not stand down. Officers from various law enforcement agencies took the kupuna into custody, one by one.

The Mauna Kea Kiaʻi and police agreed to conduct the arrests with respect. The hundreds of TMT opponents who lined the road sat, off-to-the-side on the lava rock, and quietly observed hamau kāleo, as the kupuna were respectfully guided to the police trucks for processing. Some of the elders were overcome with emotion as they were led away. Many onlookers cried at the sight. Officers were seen hugging kiaʻi.

Officials say the operation is ongoing. As of 11 a.m. the arrests had paused, and the state did not have an official number of people arrested.

At 11:34 a.m., the Hawaiʻi County Police Department issued an alert saying the Saddle Road (officially named the Daniel K. Inouye Highway) “is closed due to protestors massing on road. Closure indefinite for the safety of protestors and motorist alike.”

UPDATE (3 p.m.) – The Saddle Road is now open in both directions.

“Our kupuna are being arrested,” wrote OHA Trustee Dan Ahuna in an urgent message. “Fellow OHA Trustee Hulu Lindsey was taken into custody. Our voices are being ignored. I implore the Office of Hawaiian Affairs to immediately file an injunction to halt any further efforts by the State of Hawaii, UH and the Thirty Meter Telescope until the matters in our lawsuit are resolved.”