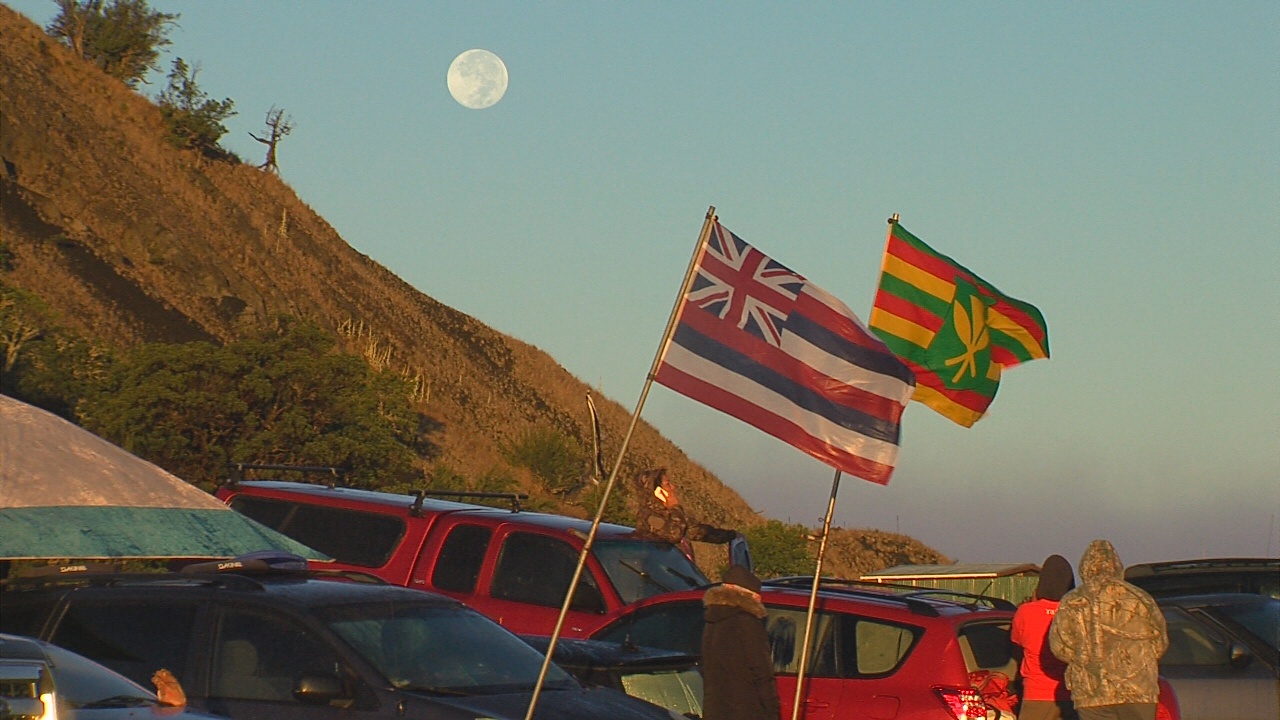 The moon behind Puʻu Huluhulu on the morning of July 17

MAUNA KEA, Hawaiʻi - Thursday is day four of the scheduled construction of the Thirty Meter Telescope on Mauna Kea, and the first under an emergency proclamation.

11a.m. – In a news teleconference, the Department of Land and Natural Resources said that foot traffic is no longer being allowed along the Maunakea Kea Access Road past the cattle guard. The state also clarified the number of those arrested yesterday as 34.

10:27 a.m. HST – The kupuna who are holding the frontline in the stand against TMT held a press conference today, In which they decried the Governor’s emergency proclamation and encouraged Hawaiians across the islands to rise up, in peaceful “Kapu Aloha”, should the state take action to clear the Mauna Kea Access Road for construction crews.

It has been a peaceful – and windy – morning on the mountain thus far.

(BIVN) – The area of Mauna Kea is under a state of emergency, as proclaimed by Governor David Ige on Wednesday, after a day of arrests and escalating tensions between law enforcement and the opponents of the planned Thirty Meter Telescope.

According to state estimates, there were  about 1,000 people at the intersection of the Daniel K. Inouye Highway (formerly known as Saddle Road) and the Mauna Kea Access Road yesterday. The Hawaiʻi Department of Transportation temporarily closed a 30-mile stretch of the Daniel K. Inouye Highway from 11:15 a.m. to 2:40 p.m. “because law enforcement indicated that people and vehicles were posing a safety hazard.” 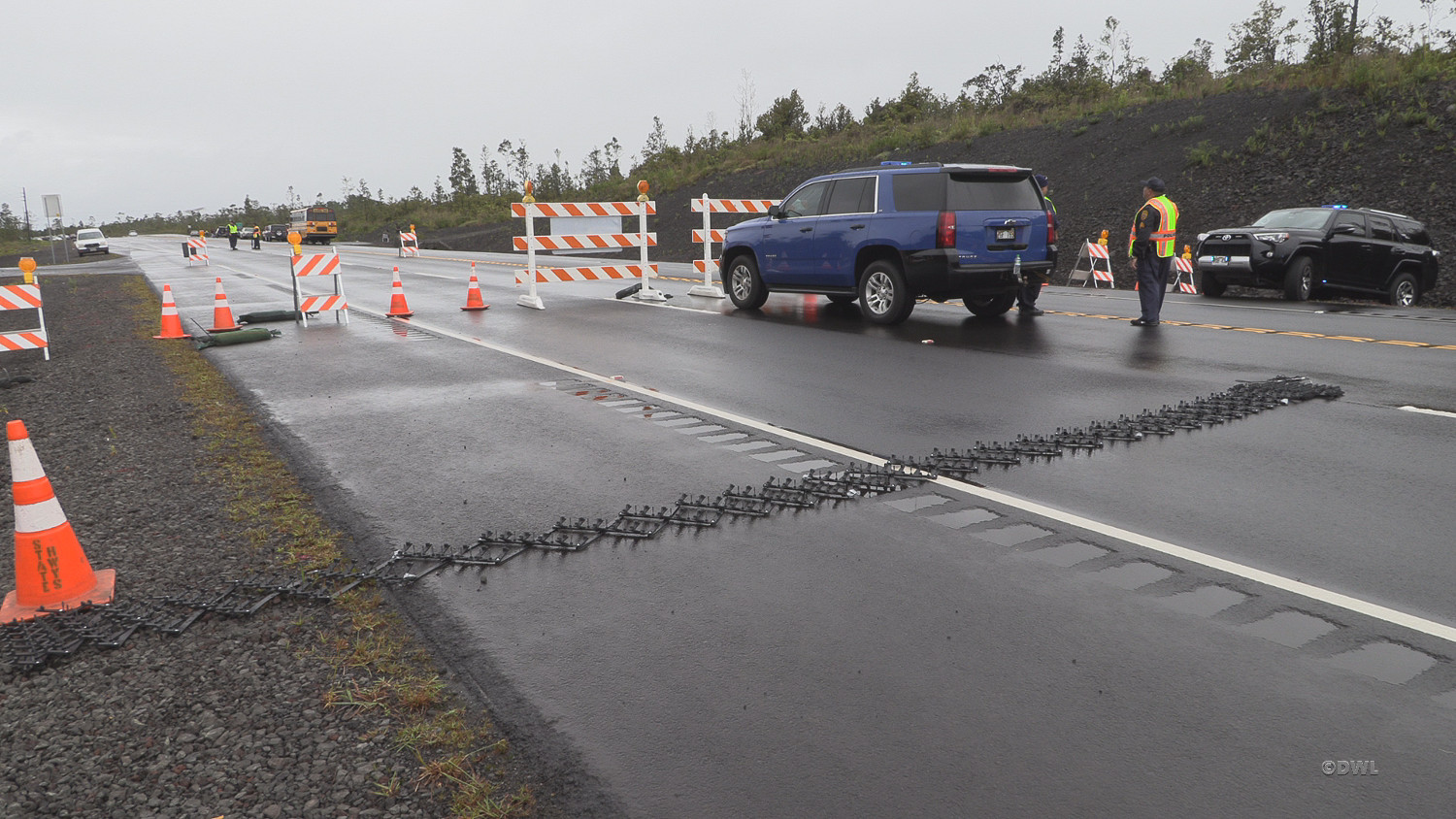 Hawaiʻi DLNR Division of Conservation and Resources Enforcement officers issued citations to 33 individuals, all were almost immediately released. “The citations were issued in accordance with Hawaii Revised Statutes for Obstructing Government Operations, a misdemeanor offense,” the state reported. Arraignments are set for Hilo District Court on September 20 at 8:30 a.m. Four people were taken away in ambulances with minor health issues, the state says.

We will update this page through-out the day on Thursday as we follow the developments on Mauna Kea.