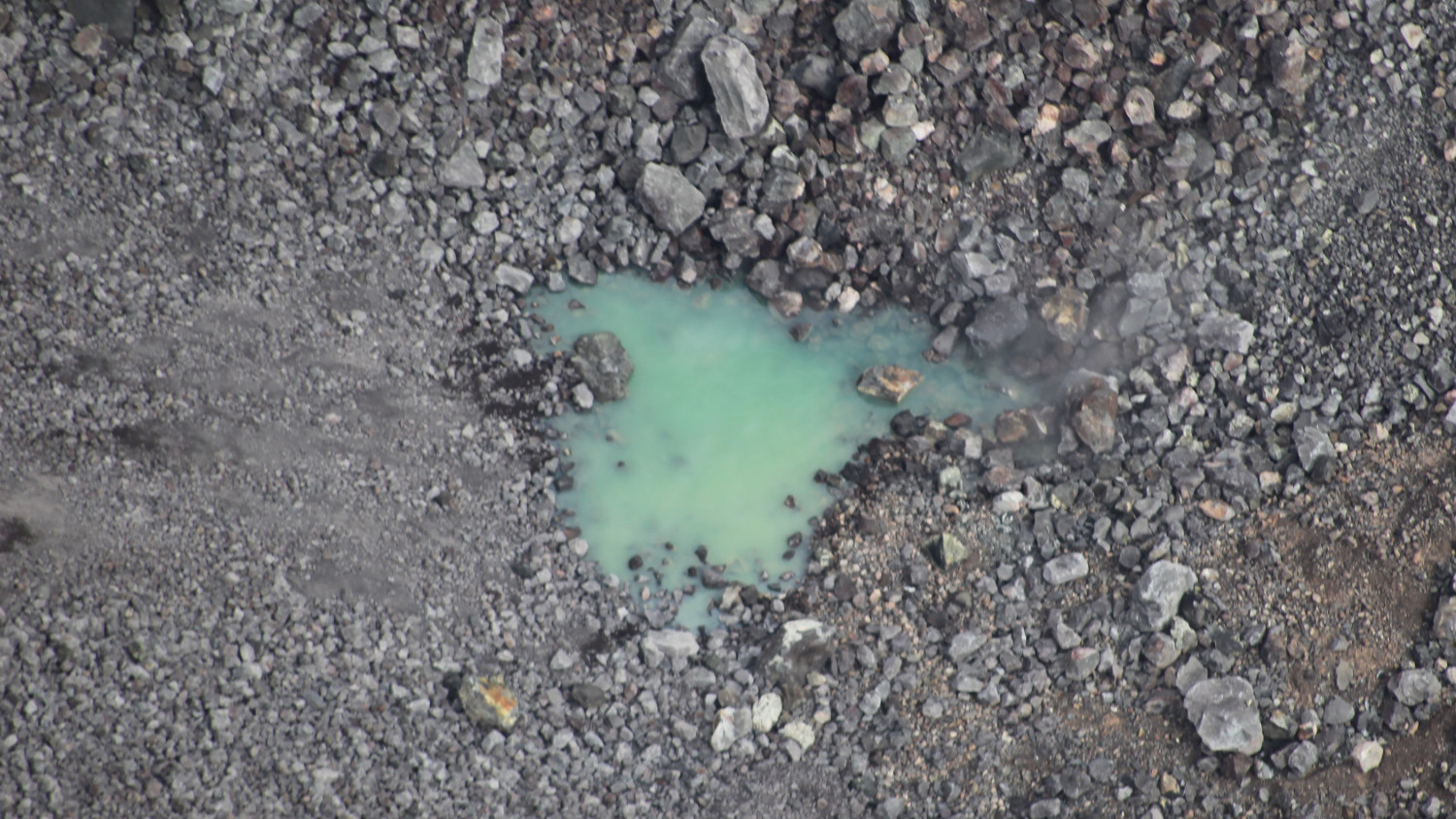 HVO scientist captured this image of the water on the floor of Halema‘uma‘u crater during a Thursday overflight.

HAWAIʻI VOLCANOES NATIONAL PARK - Scientists were able to see the small pond of water from a viewpoint on the rim of the Kilauea caldera. 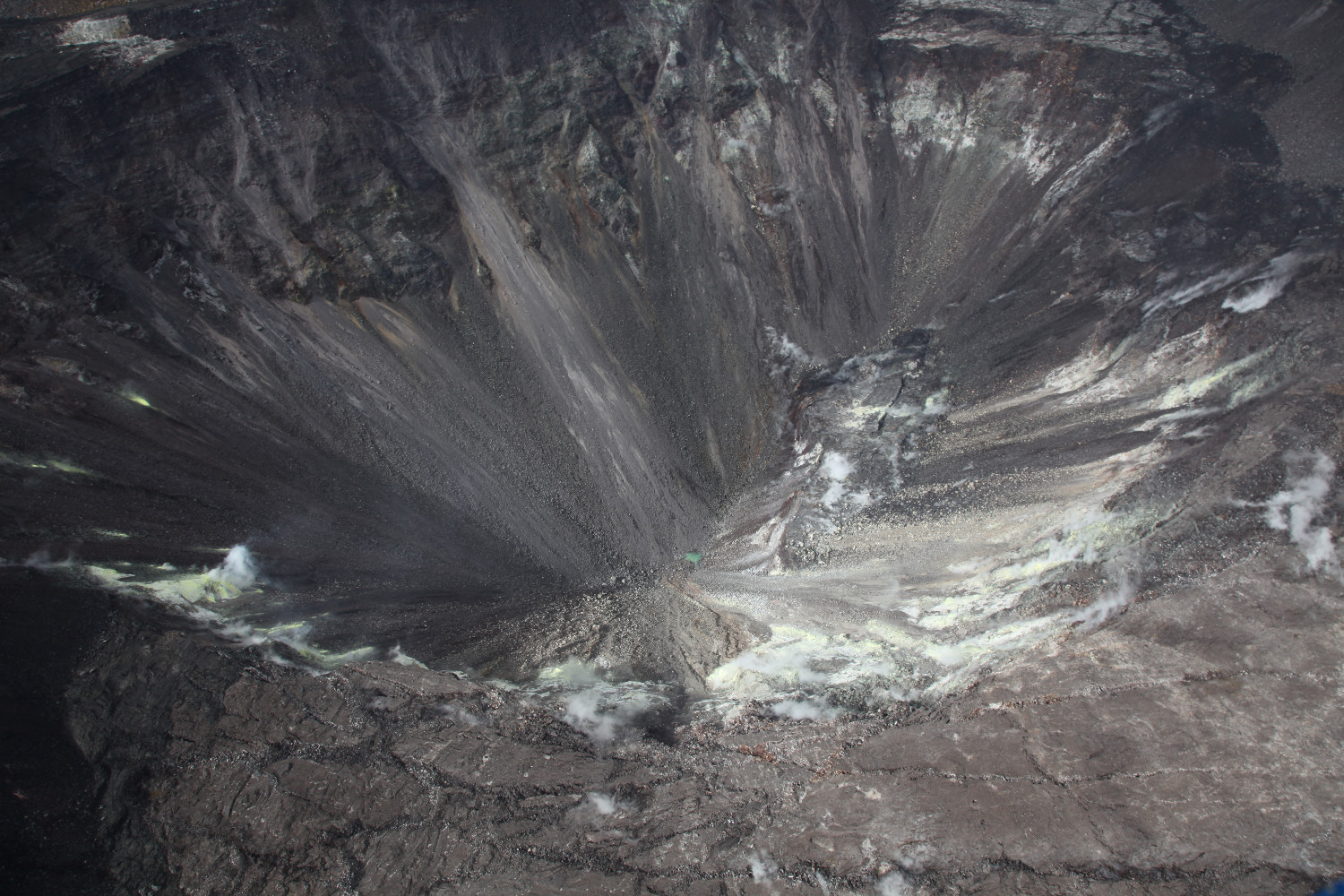 Aerial view of Halema‘uma‘u at the summit of Kīlauea taken during a USGS Hawaiian Volcano Observatory helicopter overflight on August 1, 2019.

(BINV) – One day after confirming the existence of a small, greenish pond of water at the bottom of the collapsed Halemaʻumaʻu crater at the summit of Kīlauea – and writing about it in the weekly Volcano Watch article – scientists have made some additional observations of the mysterious new feature.

“The water pond deep within Halema‘uma‘u is impossible to see from most areas along the rim of Kīlauea’s caldera,” the USGS Hawaiian Volcano Observatory wrote on Friday, as scientists posted a new set of photos to the USGS website.

“But one potential viewpoint on the rim was examined today by HVO geologists, who were able to see the small pond of water at the bottom of the crater, despite poor weather and fleeting views through fog,” USGS HVO wrote. “This observation point will allow HVO geologists to monitor changes in the pond from the ground, in addition to aerial views obtained from helicopter overflights.” 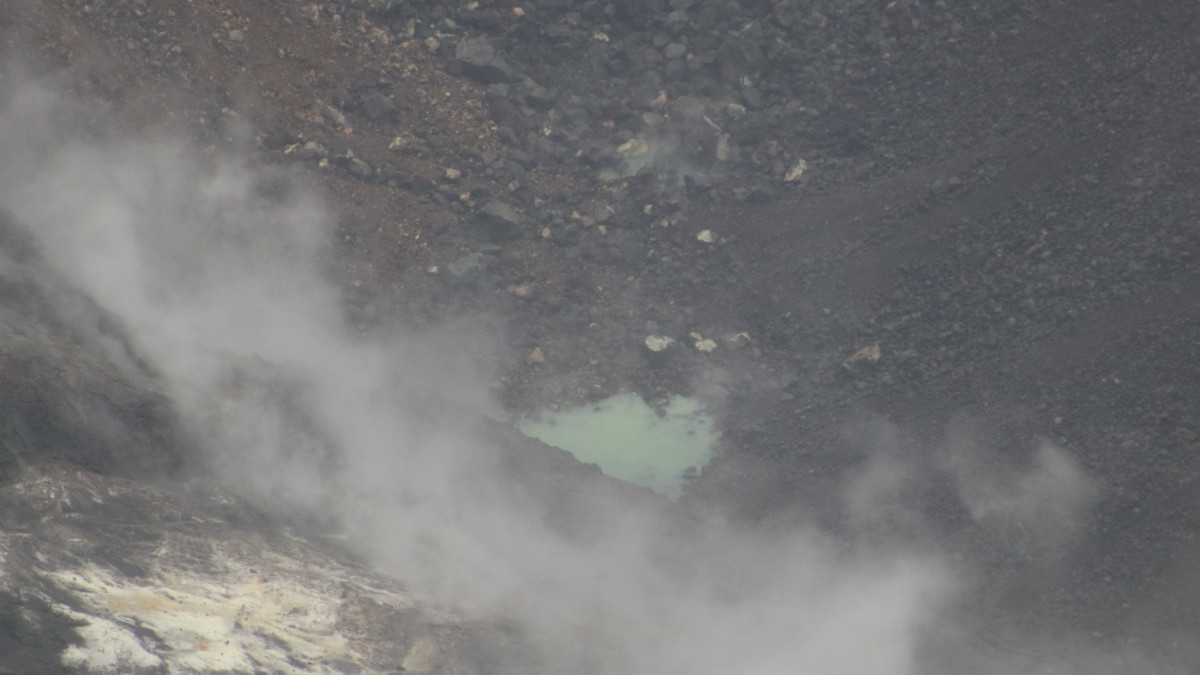 The area of the caldera rim that provides the glimpse of the pond is closed to the public due to ongoing volcanic hazards, the scientists say.

Another image “shows an area of greenish fume (near top of photo, below) east of the water pond (center) at the bottom of Halema‘uma‘u,” HVO says. “This fume could suggest another emerging area of ponded water, but this has not yet been confirmed.” 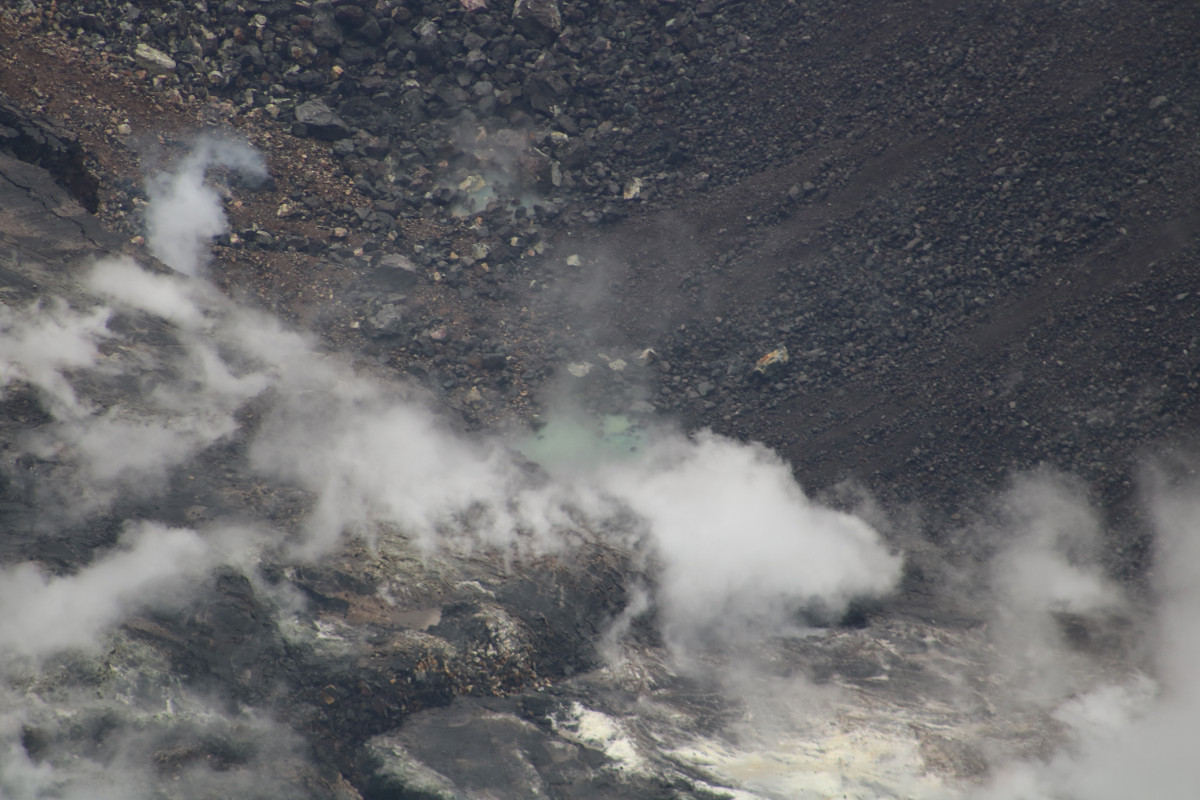 HVO continues to closely monitor the area, and will report any significant changes, scientists write.

“Until we better understand where the water is coming from, it’s impossible to understand its significance,” HVO scientist emeritus Don Swanson wrote in the recent article. “However, at this time, there is no reason to think hazards at the summit have increased or decreased because of the presence of water,” he added.

Kīlauea Volcano is not erupting, and is currently on a NORMAL / GEEN Volcano Alert Level.