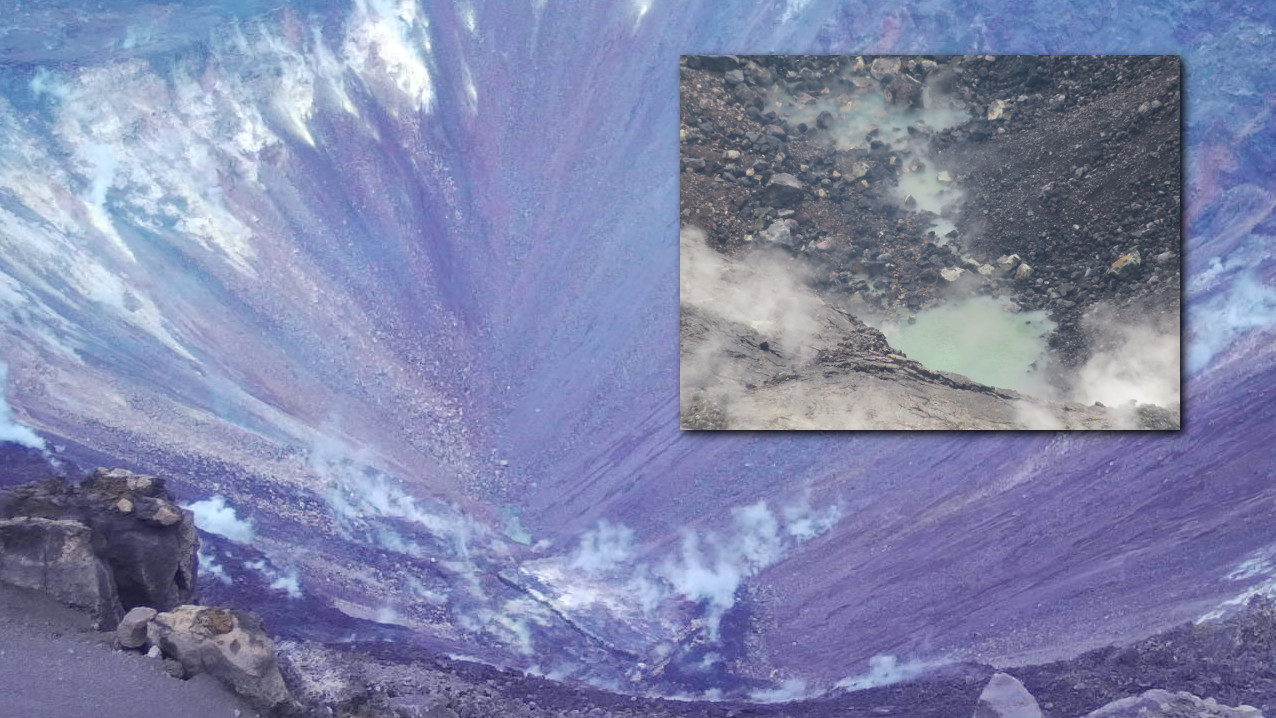 USGS HVO image from a temporary monitoring camera on the west rim of Kilauea Caldera (Aug. 7) with an inset showing the water pond below (USGS photo by M. Patrick, Aug. 6)

HAWAIʻI VOLCANOES NATIONAL PARK - The water ponds at the summit of Kilauea continue to expand at the bottom of the collapsed Halemaʻumaʻu crater. 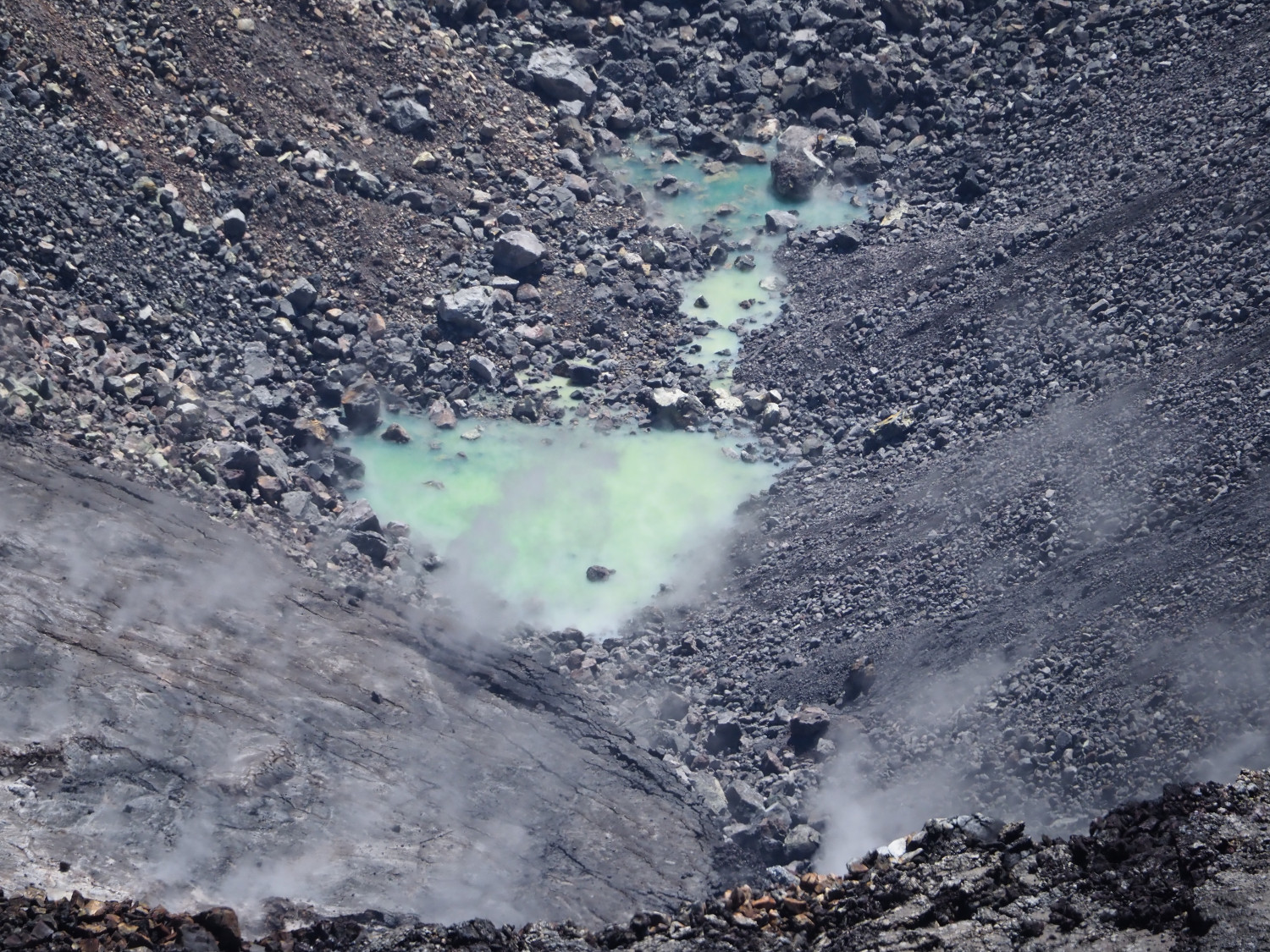 The main (larger) pond of water, first identified on July 25, is still isolated, but this telephoto view shows that only 3-6 m (about 10-20 ft) separate it from the other two, now coalesced, ponds. Measurements today indicate a possible increase in pond level of several tens of centimeters (up to about 12 inches) since yesterday morning. USGS photo by D. Swanson, Aug. 7.

(BIVN) – The USGS Hawaiian Volcano Observatory – which recently began issuing it’s Kīlauea Volcano activity updates on a monthly, rather than weekly, basis – continues to share daily updates on the new water ponds that formed at the summit crater.

Since August, HVO scientists have been posting new photos to it’s website on a daily basis, tracking the changes to the heated water ponds that first appeared in July.

Scientists have been watching the water ponds closely. On Tuesday, the ponds continued to slowly rise, “resulting in the enlargement and merging of the small ponds,” HVO reported. The merged ponds are nearly connected to the main pond, which is about 15 yards wide.

“Laser rangefinder measurements suggest that the rise in water level over the past two days is a meter (yard) or less,” the scientists said Tuesday.

These are the first water ponds seen in Halemaʻumaʻu since modern-day observations began, although it has been reported that Hawaiian chants tell of such water ponds appearing before explosive events.

Although the interaction between magma and water is known to cause dangerous, phreatic eruptions, HVO scientist emeritus Don Swanson wrote in the weekly Volcano Watch series that “there is no reason to think hazards at the summit have increased or decreased because of the presence of water.” The USGS is working to better understand where the water is coming from, and then, to understand its significance.

In terms of Kīlauea summit activity, the most recent monthly update – published on August 6 says: