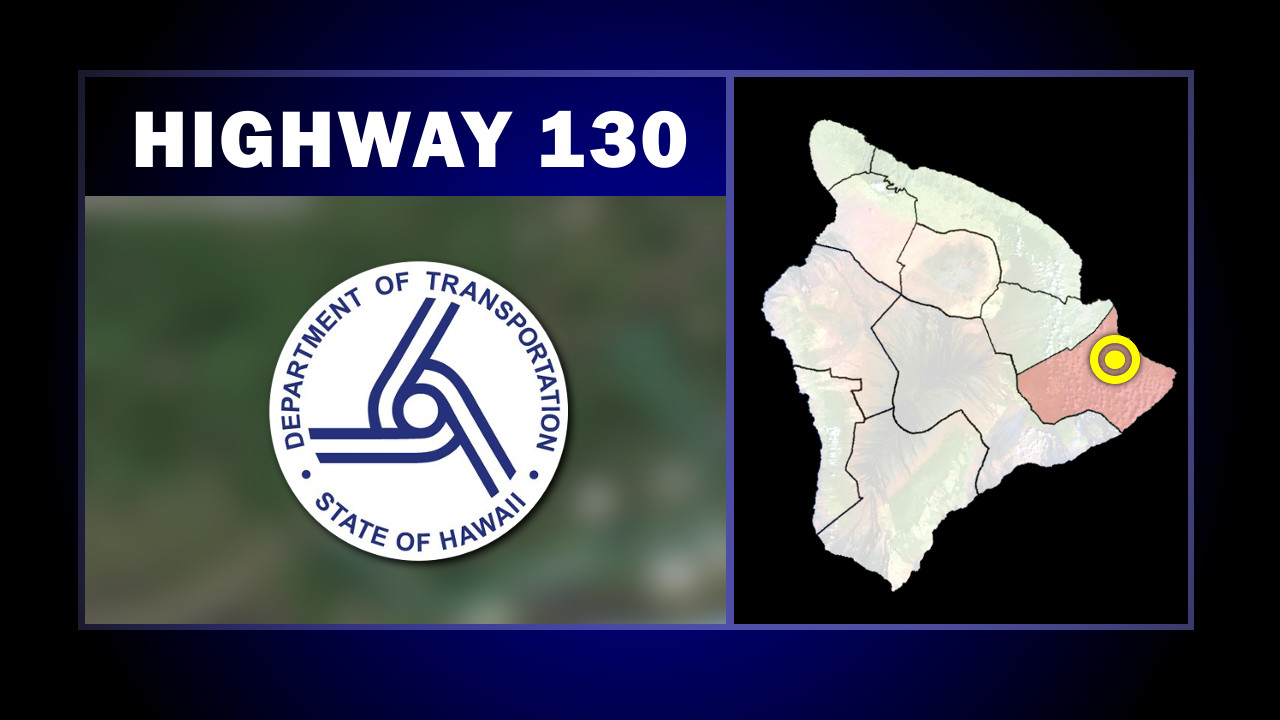 PUNA, Hawaiʻi - The Hawaiʻi Department of Transportation is adding a permanent Pahoa-bound lane to Highway 130 between Shower Drive and Kaloli Drive, and the work is expected to be completed in late August.

On Wednesday evening, the Hawaiʻi Police Department issued a Nixle alert advising the public of a coming traffic change at Shower Drive and Highway 130 in Puna.

“Due to construction the Keaau bound outer/shoulder lane is closed,” the police message said. “Traffic heading up Shower drive turning right onto Highway 130 must stop on red signal light and yield to Keaau bound traffic.”

On Thursday, social media was flooded with accounts of long traffic delays in the area.

The Hawaiʻi Department of Transportation issued this media release on Thursday:

The Hawaii Department of Transportation (HDOT) is restriping Keaau-Pahoa Road (Route 130) between Shower Drive and Kaloli Drive in Keaau in preparation for the AM northbound contraflow.

The striping work will take place Mondays through Fridays between the hours of 8 a.m. and 2:30 p.m. beginning Thursday, August 8, 2019. The striping will add a permanent Pahoa-bound lane to Keaau-Pahoa Road between Shower Drive and Kaloli Drive and is expected to be completed in late August, weather permitting.

Motorists are advised that during the striping, the dedicated right turn from Shower Drive onto northbound Keaau-Pahoa Road will be allowed during the morning rush with cones to separate the turning traffic from oncoming northbound traffic on Keaau-Pahoa Road. Motorists are asked to drive with caution in the area. This measure is being taken to mitigate the congestion experienced on the first day of restriping; however, after the striping is complete, the dedicated right turn will be removed to encourage drivers to use the main road instead of the privately-owned back roads.

After the striping is complete, HDOT will begin operating the AM northbound contraflow to provide two northbound lanes from Kaloli Drive to Shower Drive. Setup of the contraflow will be similar to the contraflow tested in April and May of 2018 that showed a time savings of 15 minutes for northbound motorists.

Contraflow operations are expected to begin Monday, August 26. Additional information on the contraflow will be released as the striping project progresses.