MAUNA KEA, Hawaiʻi - The Jam 4 Mauna Kea, hundreds of pahu drums, presidential candidate Tulsi Gabbard, marches on other islands, and surfers for Mauna Kea were part of a busy weekend. 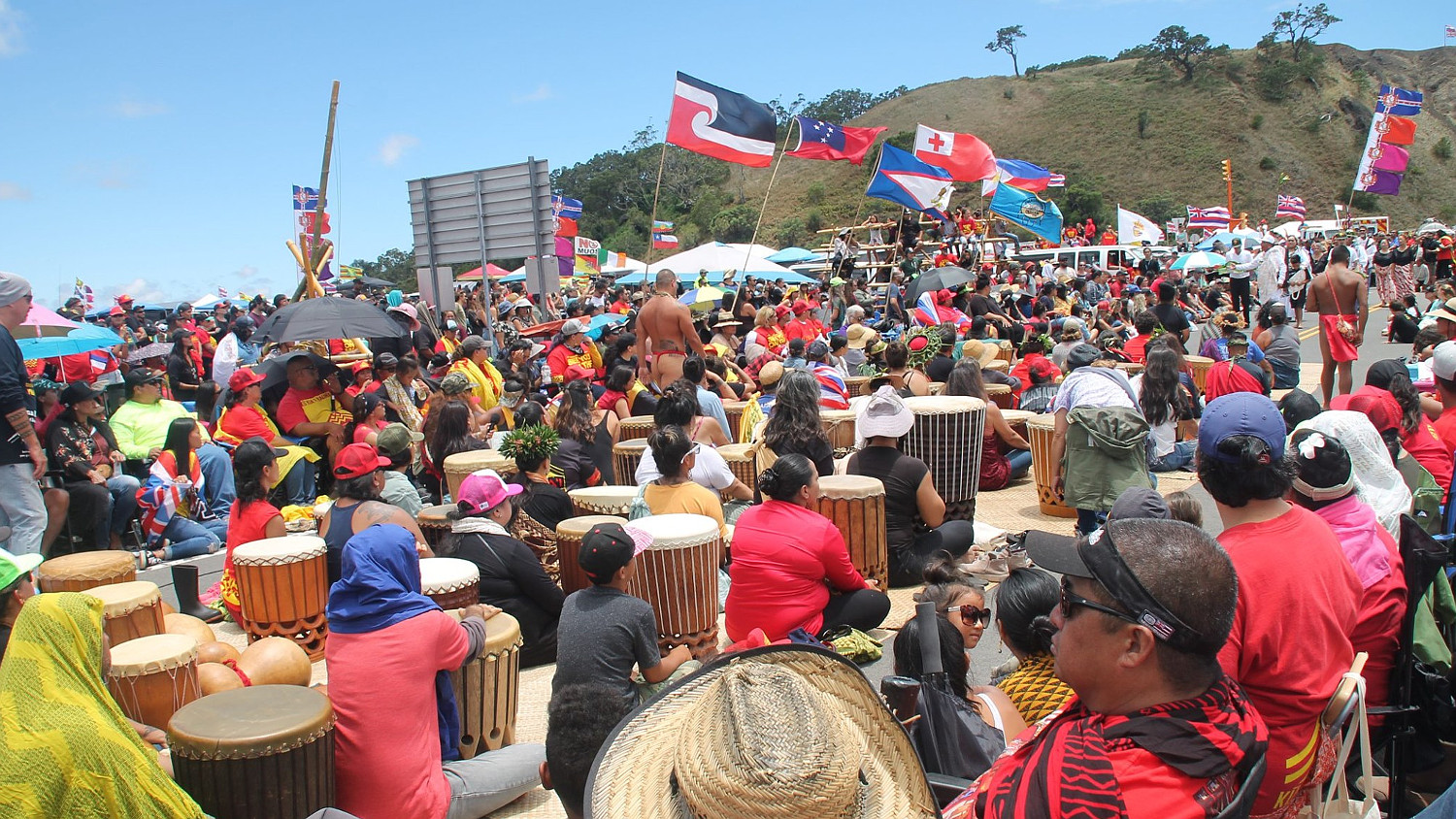 (BIVN) – A crowd of thousands gathered at the base of the Mauna Kea Access Road on Sunday, as opposition to the Thirty Meter Telescope swelled over the weekend.

Saturday and Sunday were day 27 and 28 of the scheduled start of construction on the TMT. Crews seeking to ascend the mountain in order to build the billion-dollar observatory have been stopped, for now, as project opponents have taken control of the only road (suitable for heavy machinery) that leads to the summit.

Events were happening across the Hawaiian Islands. Thousands were estimated to have participated in a Kapu Aloha Unity March in Kahului, Maui. Also, “thousands of surfers across the world lent their voices on social media” on Saturday “to raise awareness of the struggle to protect Mauna Kea from the construction of the Thirty Meter Telescope.” From the organizers:

Using the hashtags #SurfersForMaunaKea #MaukaToMakai ocean enthusiasts posted images of themselves supporting the protection of Mauna Kea from all over the world. Their solidarity with the kia‘i (guardians) of Mauna Kea illustrates how the mountain and oceans are all connected. Furthermore, he‘e nalu (surfing) was invented in Hawai‘i therefore the international surf community and Native Hawaiians have a shared cultural ancestry. Prominent Native Hawaiian surfers like Two-Time World Surf League (WSL) World Longboard Champion Kelia Moniz as well as Championship Tour competitors Seth Moniz and Ezekiel Lau posted their support for the protection of Mauna Kea and their opposition of the Thirty Meter Telescope on Instagram. Two-Time WSL Champion John John Florence, who is a proud resident of the North Shore of O‘ahu, also joined in the #SurfersForMaunaKea campaign. 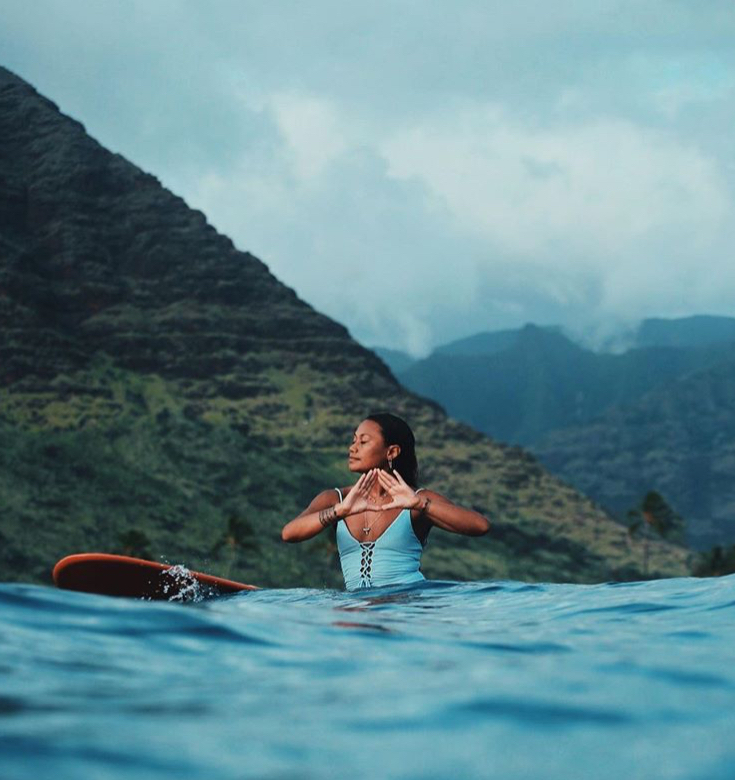 On Sunday, thousands from around the world joined together over the internet for the Jam 4 Mauna Kea. From Iolani Palace to Times Square in New York City, supporters of the kiaʻi sang Ku Haʻaheo and Hawaiʻi Loa in unison. The sing along was livestreamed from Mauna Kea.

At noon, the Pili Me Ka Pana Aloha took place with the thunder a hundred pahu drums. 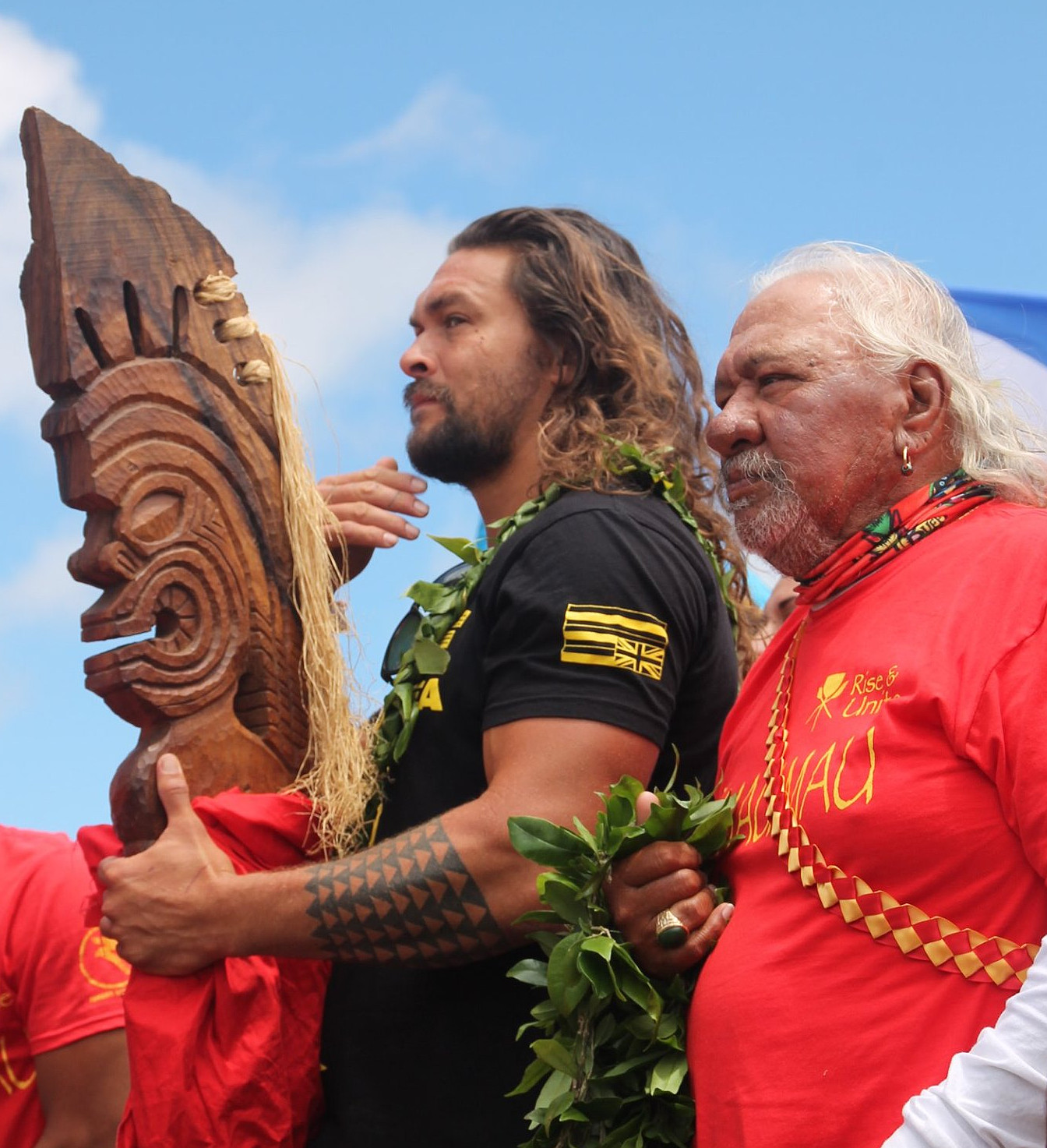 Hollywood actor Jason Mamoa returned to the base of the mountain on Sunday.

Also making her first appearance on Mauna Kea since the standoff began, Congresswoman and U.S. Presidential hopeful Tulsi Gabbard, who livestreamed her arrival at the kūpuna tent.

Video by Tulsi Gabbard, published to YouTube on August 11, 2019.

“It’s so good to be home, it’s so good to be here. Mahalo nui to the kūpuna here for your kind words and your warm welcome, and the example that you are setting for not only the people who are gathered here but for the many who are watching from across the United States, and around the world. I’m grateful to be here to be able to share my Aloha with all of you as we recognize that what is happening here is about so much more than just a telescope. That this speaks to not only the history of disrespect and dishonouring of sacred places here in Hawaiʻi, but this alarming trend that we see happening around the world. The danger and the consequence of what happens to us as people when we lose touch with our spiritual roots and when we lose touch with ke Akua and these sacred places, the replenishment that we get when we come to places like this, when we have the opportunity to say our prayers to fulfill our cultural practices.” – Rep. Gabbard

Meanwhile, astronomers are getting back to work on the Mauna Kea summit after their announcement on Friday.

“We took data last night for the first time since July 16th,” wrote the Canada France Hawaii Telescope on its Facebook page. “A little bit of humidity and some clouds slowed us down, but it’s nice to be taking science again.”