VIDEO: After Eruption, No Plans To Restore Water Service To Kapoho, Pohoiki 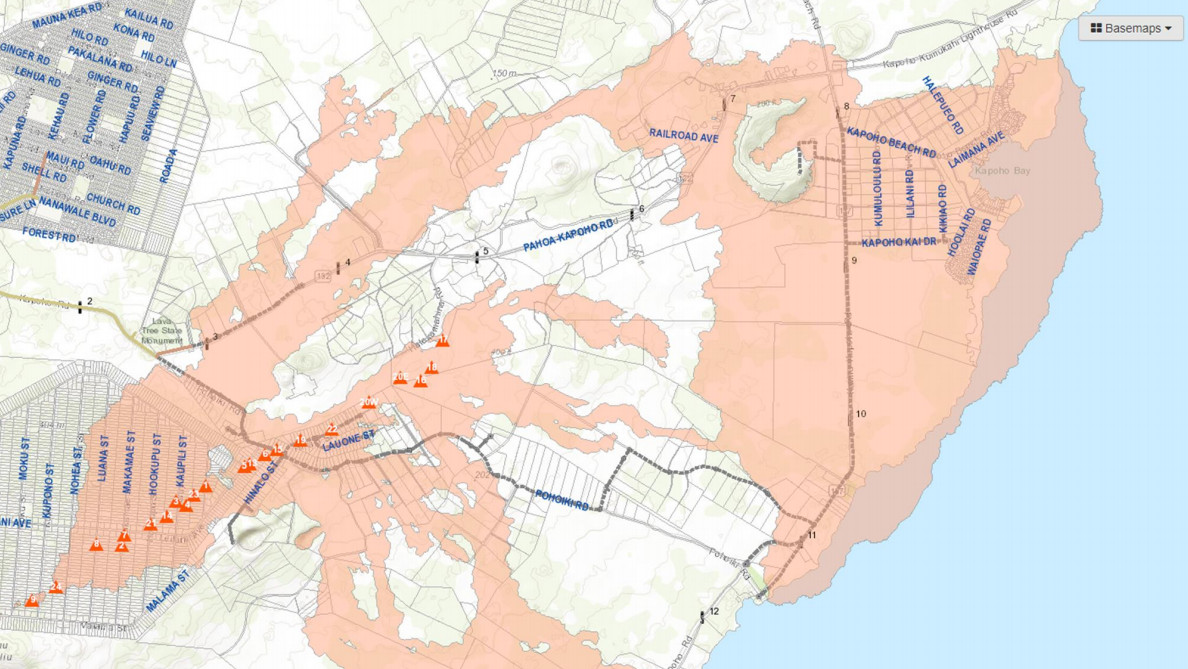 (BIVN) – It is too cost prohibitive, and conditions are unsuitable, to restore water service to areas of Puna that were impacted by the 2018 eruption of Kilauea Volcano on the lower East Rift Zone, officials say.

Keith Okamoto, the director of the Hawaiʻi County Department of Water Supply, gave a presentation to the Hawaiʻi County Council Committee on Water, Energy, and Environmental Management on August 6. He explained how 14.5 miles of water pipe, served by the Pāhoa water system, were rendered unusable by the lava that erupted from fissures in lower Puna last summer.

Okamoto said that “at this time”, there are no plans to restore water service to the Kapoho or Pohoʻiki areas. Any attempt to do so, Okamoto said, would be cost prohibitive, since the water system would need to be built to County standards to qualify for most funding sources.

More importantly, the surrounding lava is still too hot, Okamoto said. The temperature of the lava has recently been measured at over 600 degrees F. Also, since the lava along Highway 137 is up to 100 feet thick, the delivery of the water would have to be re-engineered. There are also water quality concerns due to warm water and likely low use, Okamoto said.

In the wake of the volcanic disaster, the Department of Water Supply is pursuing FEMA funds through 428 – Alternative Procedures, Okamoto told the council. An application was submitted on October 2018 and the county is currently awaiting a response from the federal government. An estimated loss of $38.4 million was submitted. If approved, Water Supply would be eligible for 75% of that estimate, or about $28.8 million, the DWS director said.

In the meantime, one attempt to tap into a private well for possible non-potable use for Isaac Hale Park at Pohoʻiki did not go well. The water quality of the well deteriorated following the eruption, Okamoto said. The private well water has become brackish and is unfit for consumption. The water is no longer recommended, even for non-potable use, since the water is corrosive to plumbing and fixtures, he said.

“This was a very sobering presentation,” said Puna councilwoman Ashley Kierkiewicz, who requested that the item be placed on the meeting agenda. “But it’s good to know that you’re not shutting the door completely on water restoration for the area. It seems to me that we’re in a holding pattern, waiting for the risk assessment – for the comprehensive plan for that data – to come in to really help your long-term decisions and next steps.”