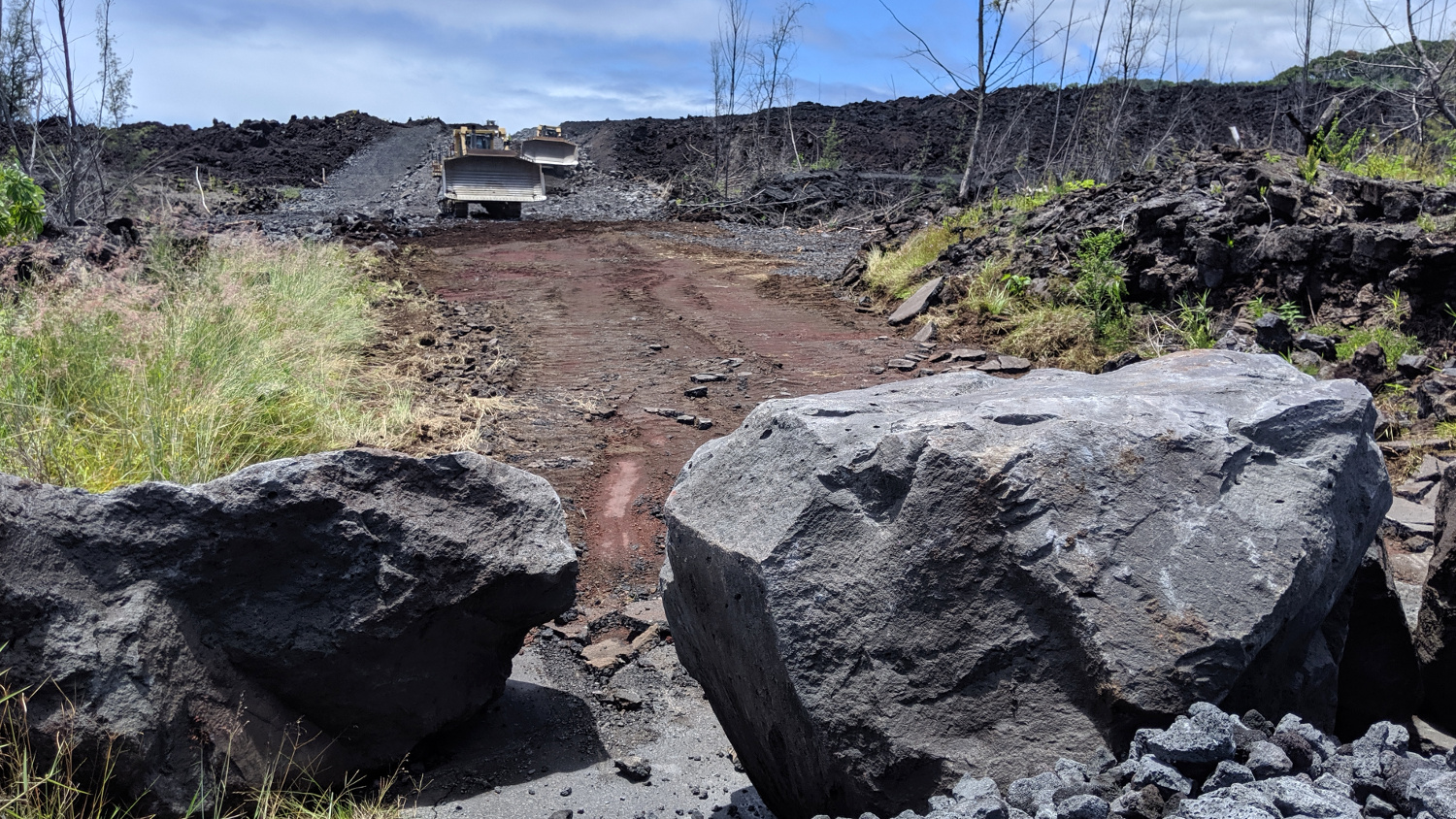 image of the road work taken from Government Beach Road on Aug. 21, 2019 by David Corrigan

PUNA, Hawaiʻi - Bulldozers clearing a path over lava for the Highway 132 temporary road have reached all the way to Government Beach Road near Kapoho.

Video by David Corrigan, published to Facebook on August 21, 2019.

(BIVN) – Work continues on the Highway 132 temporary road construction in lower Puna, although the hardened lava is still very hot in some places.

According to an August 13 update published to the Hawaiʻi County Kīlauea Eruption Recovery website, county officials are seeking a time extension from the Federal Highway Administration “to accommodate delays due to temperatures that exceed recommended levels for the installation of asphalt-treated base.” Rock temperatures reach 800 degrees in some places, the County says.

Previously, Hawaiʻi County officials said work on Highway 132 was on track to be completed by October 5, 2019, which is the deadline that must be met in order to qualify for 100 percent federal reimbursement of the project. That was before they announced delays due to the high heat on the lava field.

Recently, the USGS Hawaiian Volcano Observatory reported temperatures of 400 degrees Celsius (752 degrees Fahrenheit) in some areas where the hardened lava is being cleared. 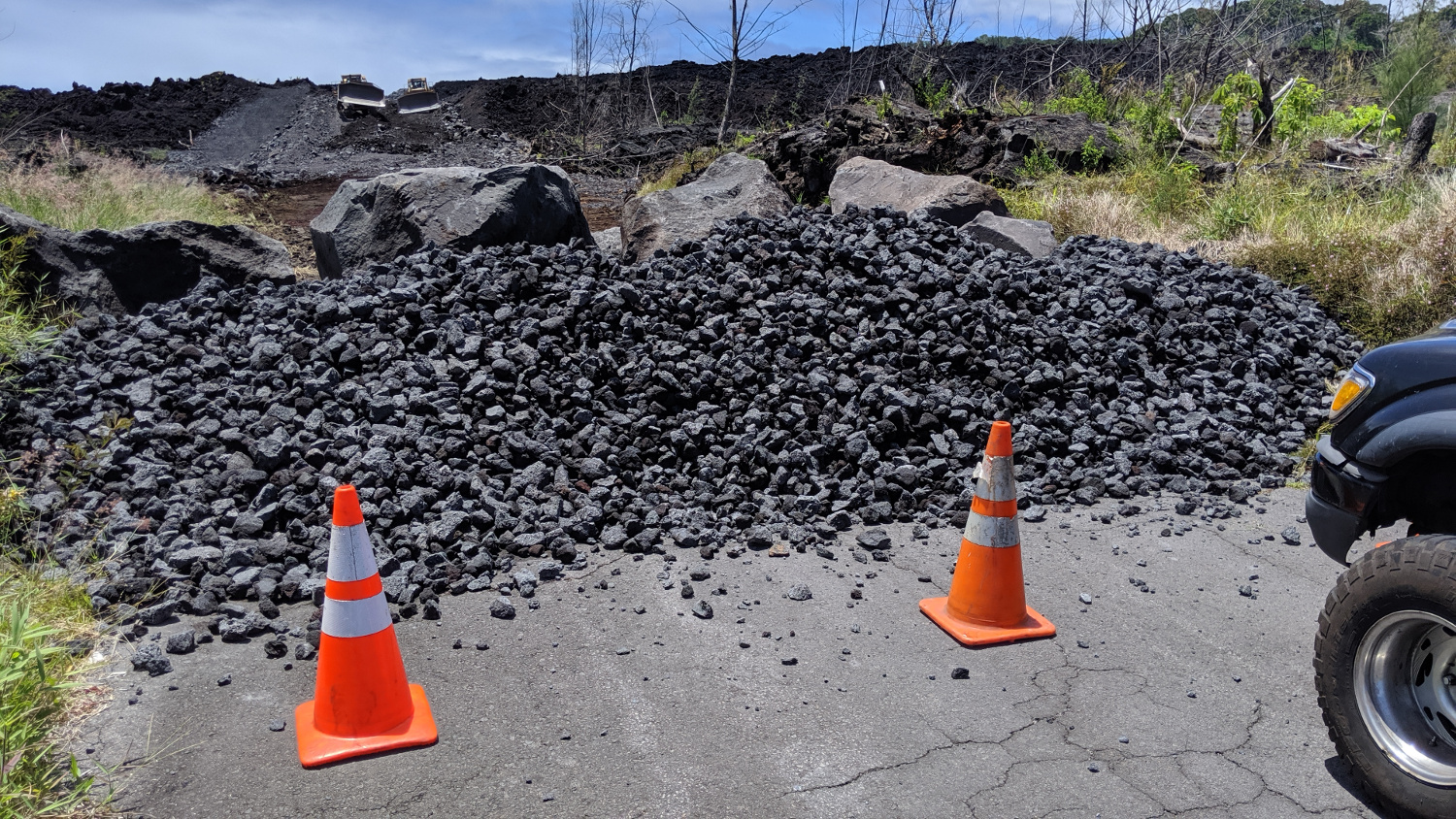 image of the road work taken from Government Beach Road on Aug. 21, 2019 by David Corrigan

The project reached a milestone recently when heavy machinery punched through to Government Beach Road in Kapoho. Orange cones, a pile of gravel, and a few boulders block vehicular traffic from entering the temporary road before its completion.

About 3 miles of the Highway 132 was covered by lava from the 2018 Kīlauea eruption, isolating homes that survived the disaster in a kipuka.

The Department of Public Works “is exploring a phased approach to opening sections of the roadway as they are completed,” the website reported. “No public access will be permitted on Highway 132 until it is officially inspected, completed and accepted.”