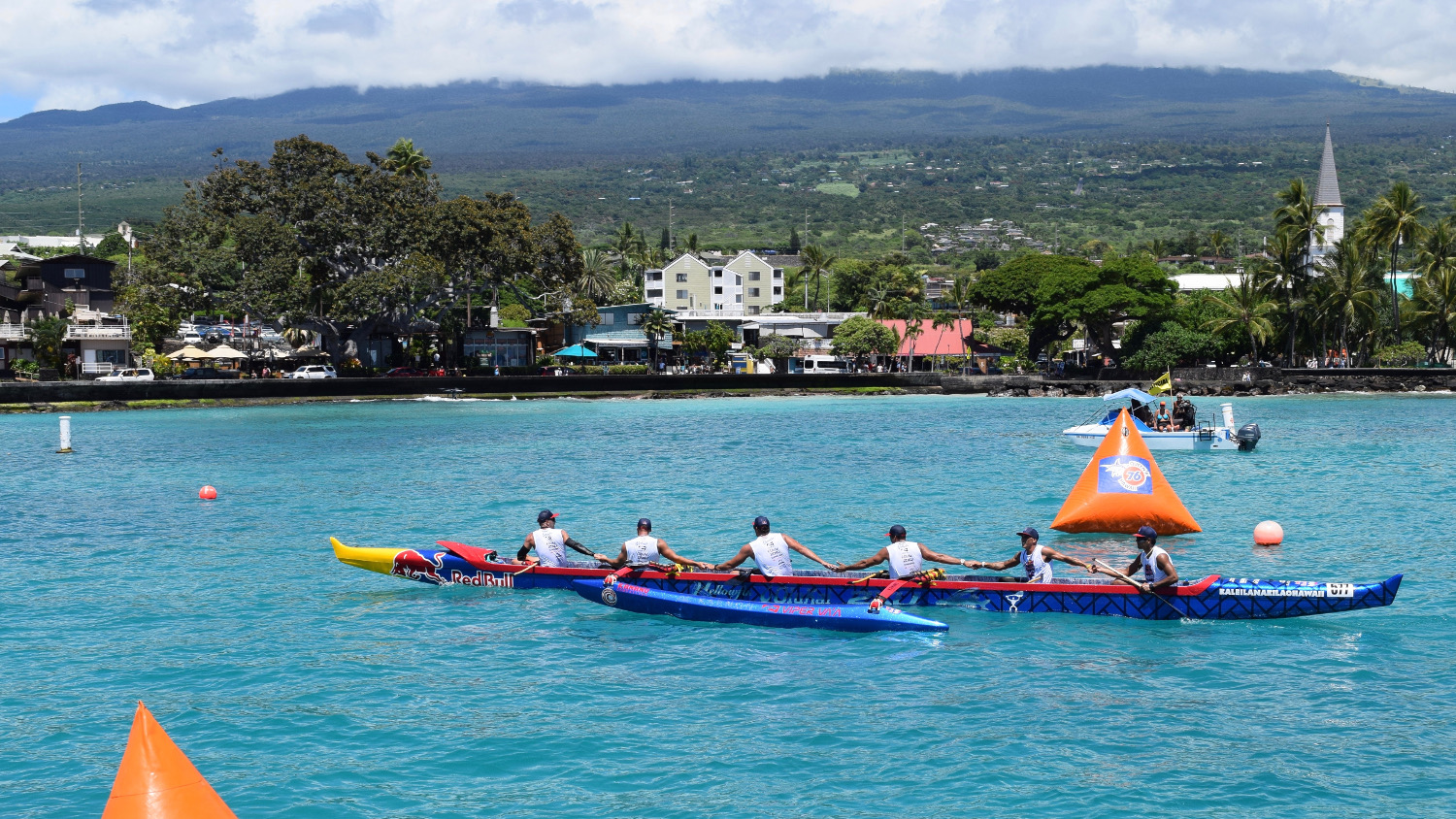 KAILUA-KONA, Hawaiʻi - The world's largest canoe race, named in honor of the last reigning monarch of Hawaiʻi, held its signature 18-mile race between Kailua Bay and Honaunau on Saturday.

Event organizers had this recap of the day’s action in Kona:

Canoe paddlers from around the world joined hands on the sands of Kamakahonu Bay as noted historian Hannah Springer led the morning pule (prayer) as the sun began to rise over Hualalai. It was the perfect start to the 2019 Queen Lili‘uokalani Long Distance Canoe Race hosted by Kai ‘Opua Canoe Club. The world’s largest outrigger canoe race welcomed 134 canoes to the starting line to race the 18-mile course between Kailua Bay and Honaunau.

At 7:30 a.m. the starting flags dropped and the women crews launched from Kailua Bay followed by the Mix 40+ and 50+. On the return 18-mile race from Honaunau back to Kailua Bay, 130 canoes of men and mix-open crews launched from this historic starting line fronting Pu’uhonua o Honaunau National Park. In total, 264 crews who prepared and trained hard leading into today’s signature race, felt the power of Kona’s Queen Liliuokalani Long Distance Canoe Race course.

High surf throughout the week along the Kona coastline challenged crews to make strategic and intentional course decisions. Today’s race start enjoyed near perfect conditions including a nice south wind and current. “The course conditions were excellent for racing this year. The race start was clean and the crews had a great day on the water,” said Race Director Mike Atwood.

At 11:30 am, 130 crews raced the return18-mile course from Honaunau back to Kailua Bay and for the fourth consecutive time, it was Red Bull Wa‘a who crossed the finish line first in the Iron Non Koa Open Division with a time of 2:00:51. Team Hokupa‘a Hui Nalu Canoe Club took first in the Iron Unlimited Division with a time of 2:01:35. Red Bull Wa‘a had an eighth of a mile lead over Wailea Maui Jim crew at the 14-mile mark of the course and held on to pull off their fourth victory in a row.

“Our congratulations to Red Bull Wa‘a for winning this great race for the fourth consecutive time and to the Outrigger Women who looked so strong as they crossed the finish line and they will certainly be a force to reckon with in the years ahead. It was an epic day on the water,” said Kai ‘Opua Canoe Club President Doug Vera Cruz

“It was a surreal experience being a part of this race. It’s truly an honor to share our paddling passion with the world,” Vera Cruz went on to say. “Losing Uncle Bo late last year was a real wake up call for all of us. He left us too soon, but in his honor, we all stepped up and made this another great race.”

Spectators and race enthusiasts from around the world followed their favorite crews as Queen’s Race went live on Facebook giving viewers a seat on the course with expert commentary by veteran paddlers Amy Young and Katie Slocumb.

Considered to be the world’s largest canoe race, the event is named in honor of the last reigning monarch of Hawaiʻi, whose birthday is September 2. Kai ʻOpua Canoe Club, celebrating its 90th anniversary this year, hosts crews from around the world, welcoming them to the the starting line for five days of exciting canoe racing.