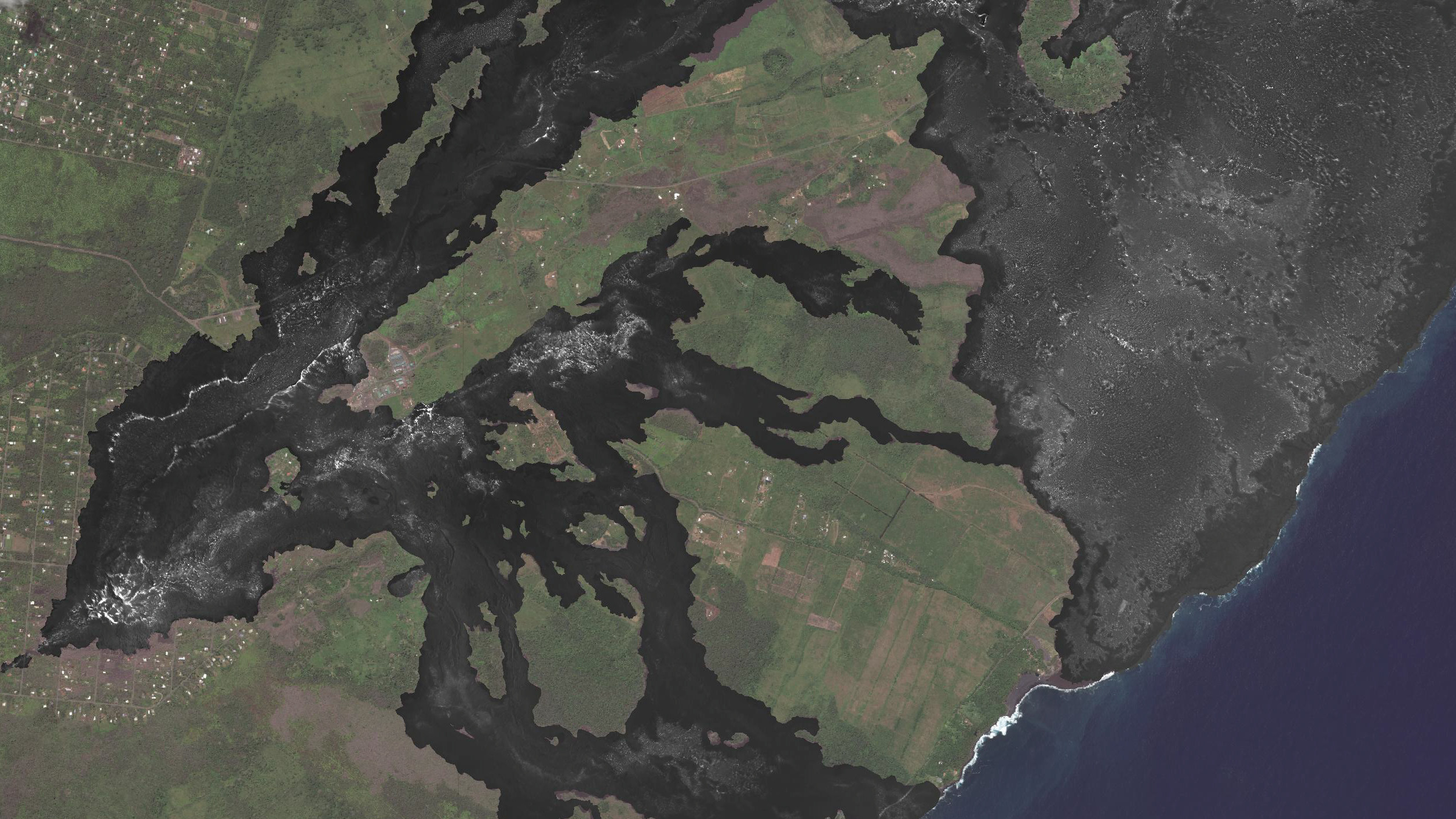 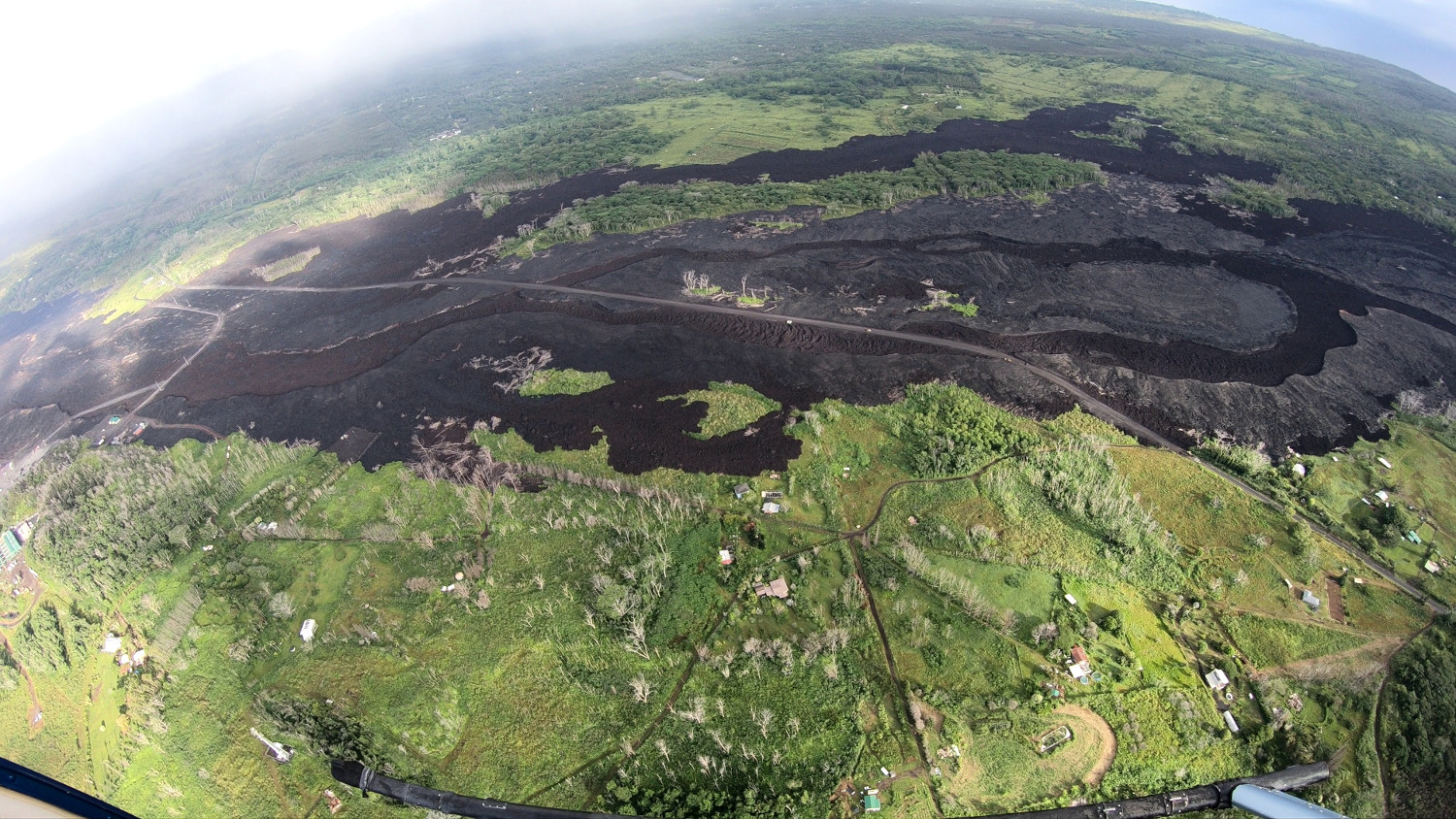 This wide-angle photo, taken during the overflight that led to the creation of the thermal map, shows the new path of Highway 132 through the fissure 8 lava channels. USGS photo by M. Patrick, 08-29-2019.

For example, in the Kapoho area, where the flow is over 100 feet thick in places, scientists say “there are scattered, small hotspots with surface temperatures greater than 100 degrees Celsius (212 degrees Fahrenheit). However, most of the lava surface is much cooler than that.”

The high temperatures have presented a challenge for the County as it works to complete recovery Highway 132, which was inundated by lava during the 2018 eruption. Temperatures were measured at over 800 degrees Fahrenheit, in some places, which exceeds the recommended levels for installing an asphalt-treated base, the County says. The Highway 132 recovery must be finished by October 5 in order for the County to receive a full reimbursement for the project cost from the Federal Highway Administration. The County is seeking a time extension.

The new USGS HVO thermal map was constructed from 2,700 individual thermal images collected during a helicopter overflight on August 29. The map is preliminary, scientists say, “so small alignment issues are present in some areas.” 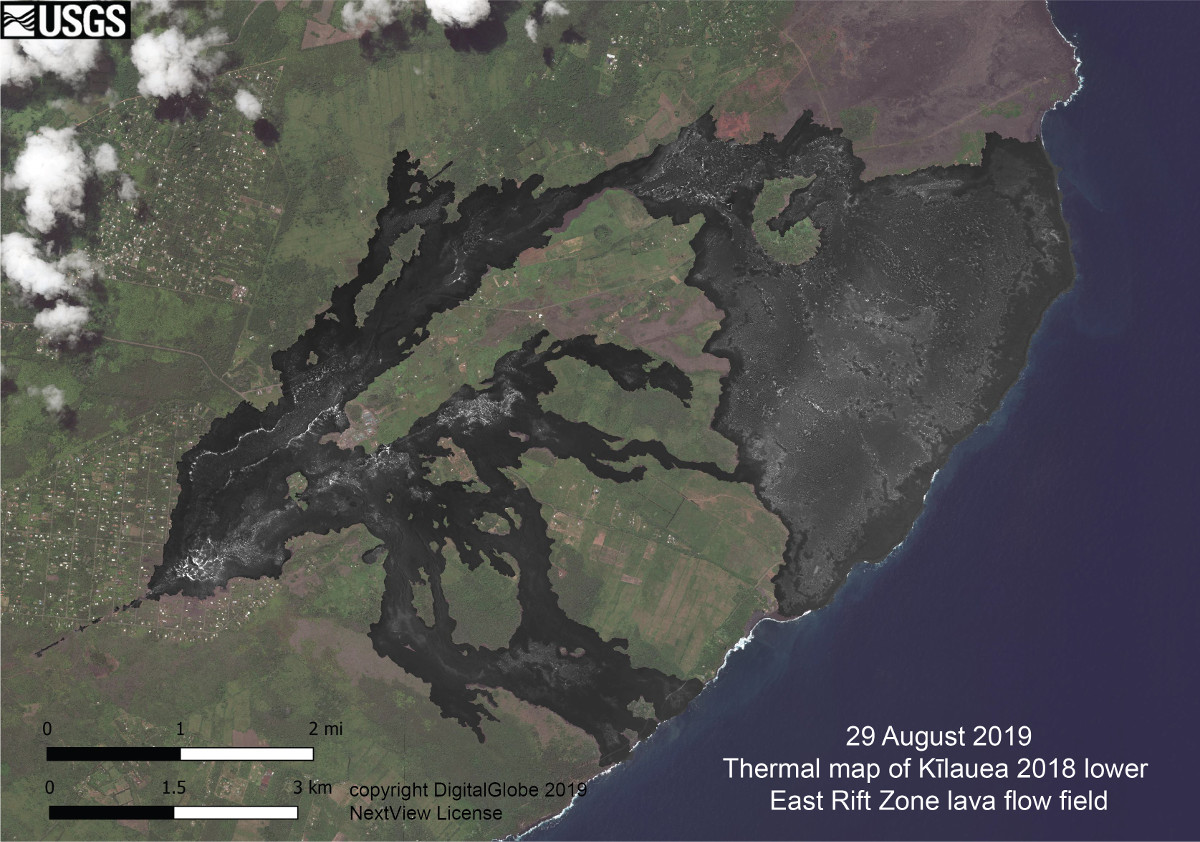