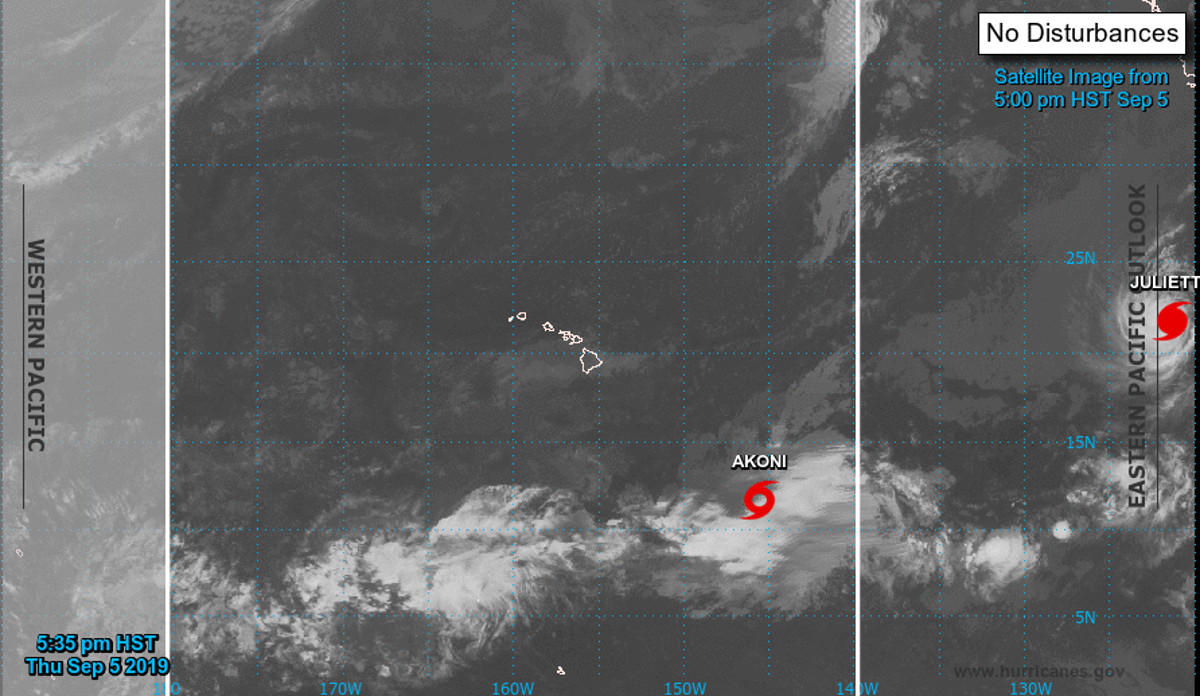 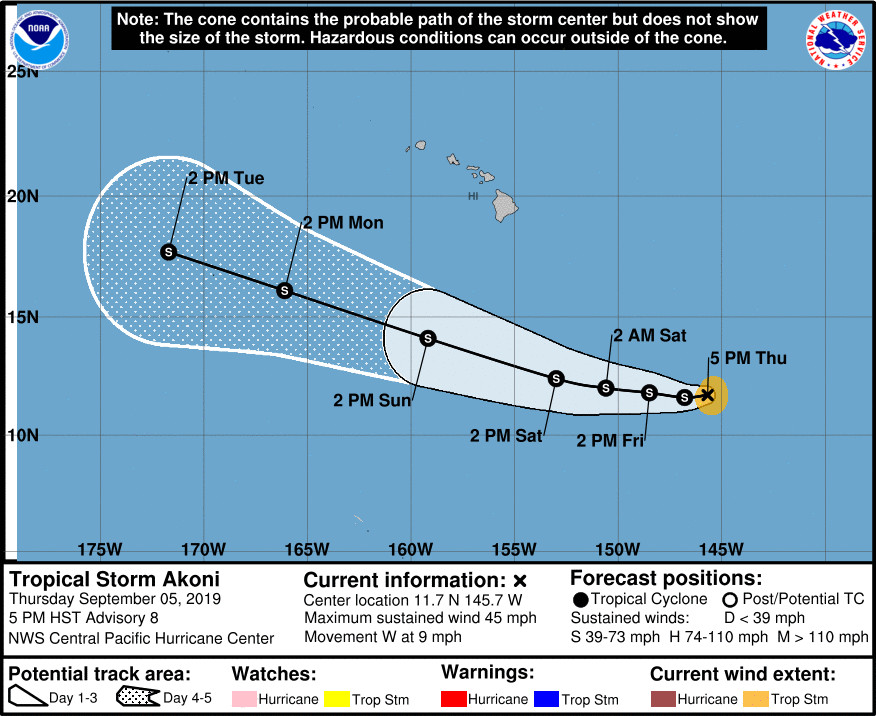 Maximum sustained winds are near 45 mph with higher gusts, the Central Pacific Hurricane Center says. Some slow strengthening is possible over the next few days, as the storm moves west.

Akoni is currently expected to pass far south of the islands. At 3:43 p.m., the National Weather Service in Honolulu reported that this weekend, “the resulting pressure gradient across the state will strengthen over the weekend as the high strengthens to the north and the trough and lower pressure from Tropical Storm Akoni drifts east to west well to the south of the state. This will generate somewhat stronger and gusty trade winds Saturday and Sunday.” 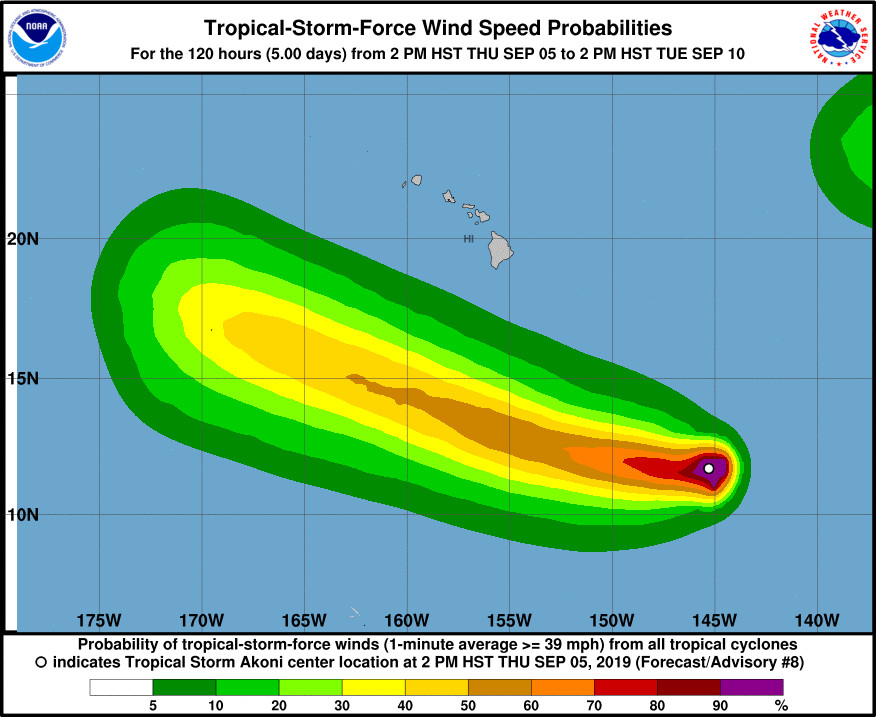 Akoni remains a very messy tropical cyclone embedded within the intertropical convergence zone (ITCZ). Although an earlier ASCAT-C pass revealed some 40 kt winds within a burst of deep convection, that burst has since faded, leaving a large amorphous blob of cloud with only a few small pockets of deep convection and no appreciable banding features. Subjective satellite intensity estimates ranged from 2.0 at PHFO to 2.5 at JTWC and SAB, while CIMSS-ADT was giving 3.5. We have elected to maintain the intensity at 40 kt for now. Both the initial position and current intensity remain quite uncertain.

The initial motion of the overall cloud system is estimated to be 270/8. As difficult as it is to find the center of Akoni, the guidance is in remarkably good agreement about where it will go over the next few days. A strengthening deep layer ridge far to the north of the main Hawaiian Islands will bridge westward along latitude 32N, which will keep Akoni on a westward to west- northwestward track the next several days. The challenges with estimating the initial position have necessitated a slight westward nudge in the official track, which remains near the tightly packed consensus guidance.

The intensity forecast remains challenging and fairly uncertain. Deep convection associated with the ITCZ and the presence of nearby dry air may continue to provide some disruptive effects on the low level circulation center. The UW-CIMSS shear analysis is also indicating 15 to 20 kt of westerly shear which may persist for another 12 to 24 hours. If Akoni can seperate from the ITCZ, conditions seem at least marginally favorable for strengthening, with warm sea surface temperatures, and relatively weak shear in the 24 to 60 hour timeframe. Shear will increase in the day 3 to 5 timeframe, which should begin to induce some weakening by the end of the forecast period. Our intensity forecast lies on the conservative side of the guidance envelope.