MAUNAKEA, Hawaiʻi - There was no overnight law enforcement raid of the Puʻuhonua o Puʻuhuluhulu, or the Mauna Kea Access Road, as was feared by opponents of the Thirty Meter Telescope project. 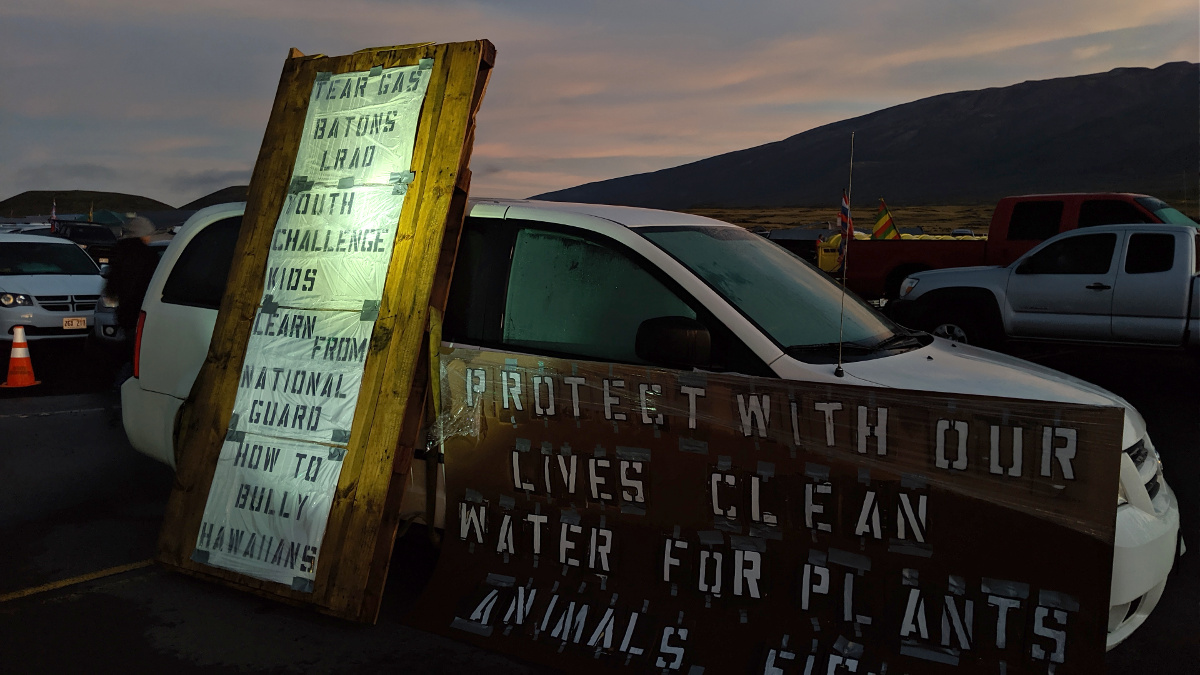 (BIVN) – After a night filled with anxiety over a possible law enforcement action – and a few false alarms – the hundreds gathered in opposition to the Thirty Meter Telescope on Mauna Kea greeted the sunrise on Monday morning.

The Hawaiʻi National Guard did not storm the encampment overnight, as numerous social media messages feared. The kiaʻi assembled at the Puʻuhonua o Puʻuhuluhulu, however, were on high alert for much of the evening.

One false alarm in particular sent TMT opponents scrambling into position on the Mauna Kea Access Road before 10 p.m. The reports of road blocks installed on either side of Daniel K. Inouye Highway, signalling the start of a coordinated law enforcement operation, turned out to be false. A DUI checkpoint had been established by police on the Hilo-side of the Saddle Road but vehicles were still allowed to pass through.

Starting with the beginning of the new school year, the number of kiaʻi gathered at the base of Mauna Kea dropped to a few hundred during the work week. Today, however, an estimated 1,000 appeared at sunrise to take part in the morning protocols and hoʻokupu. 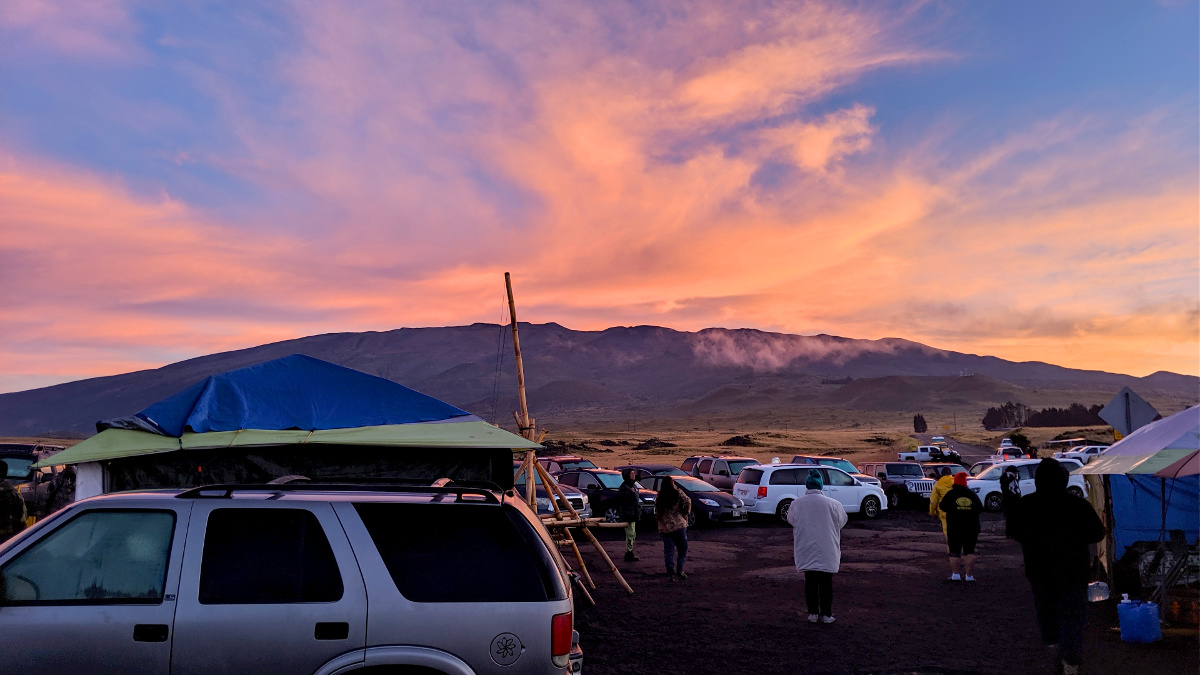 Sunrise at the base of Mauna Kea, image by Dave Corrigan

In a September 9 message, the Puʻuhonua o Puʻuhuluhulu – regarded as one of the official communication outlets for the Kū Kiaʻi Mauna movement – wrote:

Aloha e ka lāhui ē, everyone at the puʻuhonua woke up in peace this morning after a restless night, uncertain whether or not we would wake to the presence of law enforcement. We know many of you shared in our anxiety after hearing about the possibility of encroaching force.

We’d like to acknowledge that there is a lot of seemingly leaked information being spread around social media about what is to come. All bits of info about potential law enforcement plans that we’ve seen on social media, we have also received ourselves, and much, much more. If you receive information, rather than post on social media, please pass it on to someone you know on the mauna. If it is determined certain information should be known to the kū kia’i mauna movement, it will be thoughtfully and strategically released by Pu’uhonua o Pu’uhuluhulu or one of our partner social media platforms who are also working with leadership on the mauna. Some of the leaked information coming from the side of law enforcement could very possibly be intentional misinformation that serves to cause unnecessary panic.

We stand united with protectors on the mauna, across the pae ʻāina and around the world. Mahalo for your love. Kūpaʻa in kapu aloha and if you can, the kāhea still stands to come to the mauna. Aloha ʻāina.