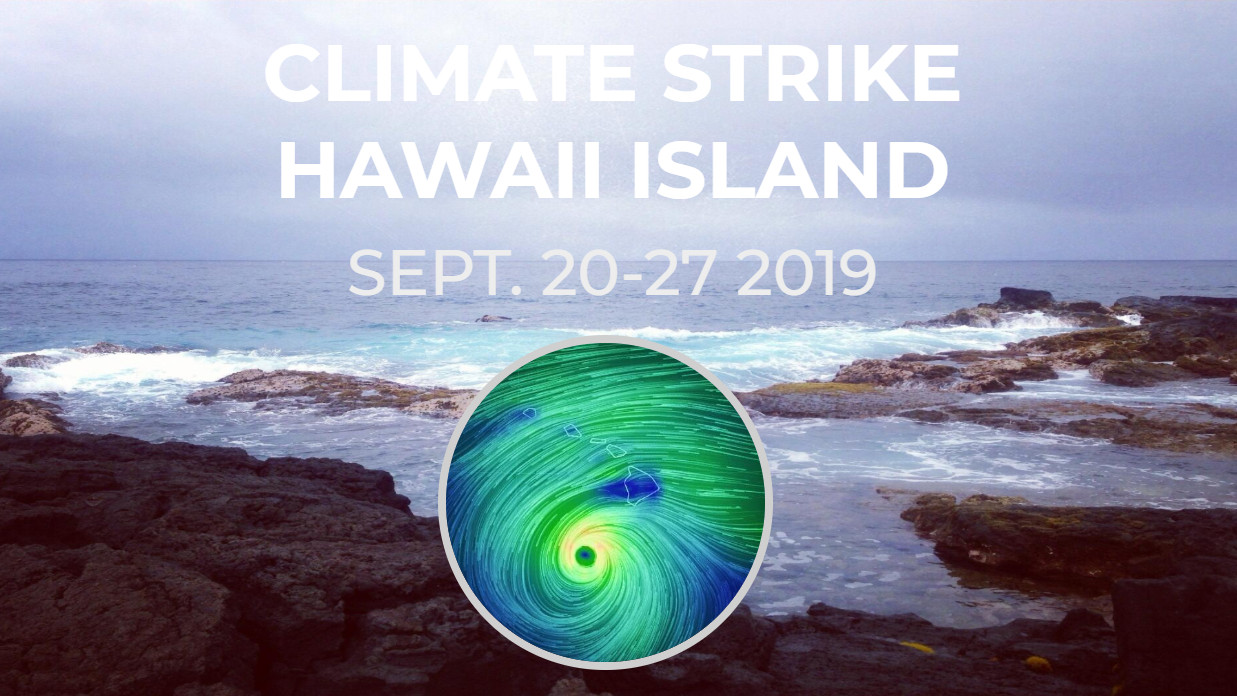 image from the front page of the climatestrikehawaii.com

HAWAIʻI ISLAND - From September 20th through the 27th, a number of actions are planned in support of the global climate strike.

(BIVN) – Activists on Hawaiʻi Island are preparing to take action, starting at the end of this week, in support of a global climate strike.

“On September 20, young people are leading a #ClimateStrike for action on the climate crisis, the biggest threat to our future,” states the Climate Strike Hawaii Island Facebook page. “They are asking everyone, of all ages to join. We, as a global society, are at a crossroads. We have a decision to make.”

According to one of the organizers, activities have been planned by Olohana Foundation, Surfrider, 350.org, Pacific Earth Institute, Pohaha I Ka Lani, and Global HOPE.

Climate Strike Hawaii is inviting everyone to join them and 118 countries in a global movement to raise awareness about climate change. September 20th will kick off a week of actions around the island supporting efforts of youth, environmental, and social justice groups worldwide demanding climate change action.

“In Hawaii thousands of people live along our coastlines and are impacted by climate change. We are also struggling with a homeless crisis,” said Kaikea Blakemore. “We want to unite our communities to build homes, support food and energy independence and mitigate the effects of climate change on our public while advocating for political change.”

The week will kick off with a sign waving Friday, September 20th from 3-6pm at Kamehameha Statue in Hilo followed by daily activities for the rest of week including a parade, tree planting, a live stream of the famous Greta Thunberg’s climate speech on the 23rd, free films and tabling at the University of Hawaii at Hilo. All the events are listed on their website climatestrikehawaii.com.

Climate Strike Hawaii also encourages everyone “to strike or show our strikers your solidarity this week on social media!”

“Climate change is inevitable but adaptation is optional, but if you love your children…” said Kalani Souza, who is with the National Center for Atmospheric Research, The National Adaptation Steering Committee, and The Rising Voices of Indeginous Science and Modern Science for Climate Adaptation.

“Don’t miss this heartfelt week of solidarity for our people, our earth, and our future,” said Phaeton Taon of Honokaa, “let’s create tomorrow’s climate justice today, for peace, people and planet. It’s worth it for so many reasons. 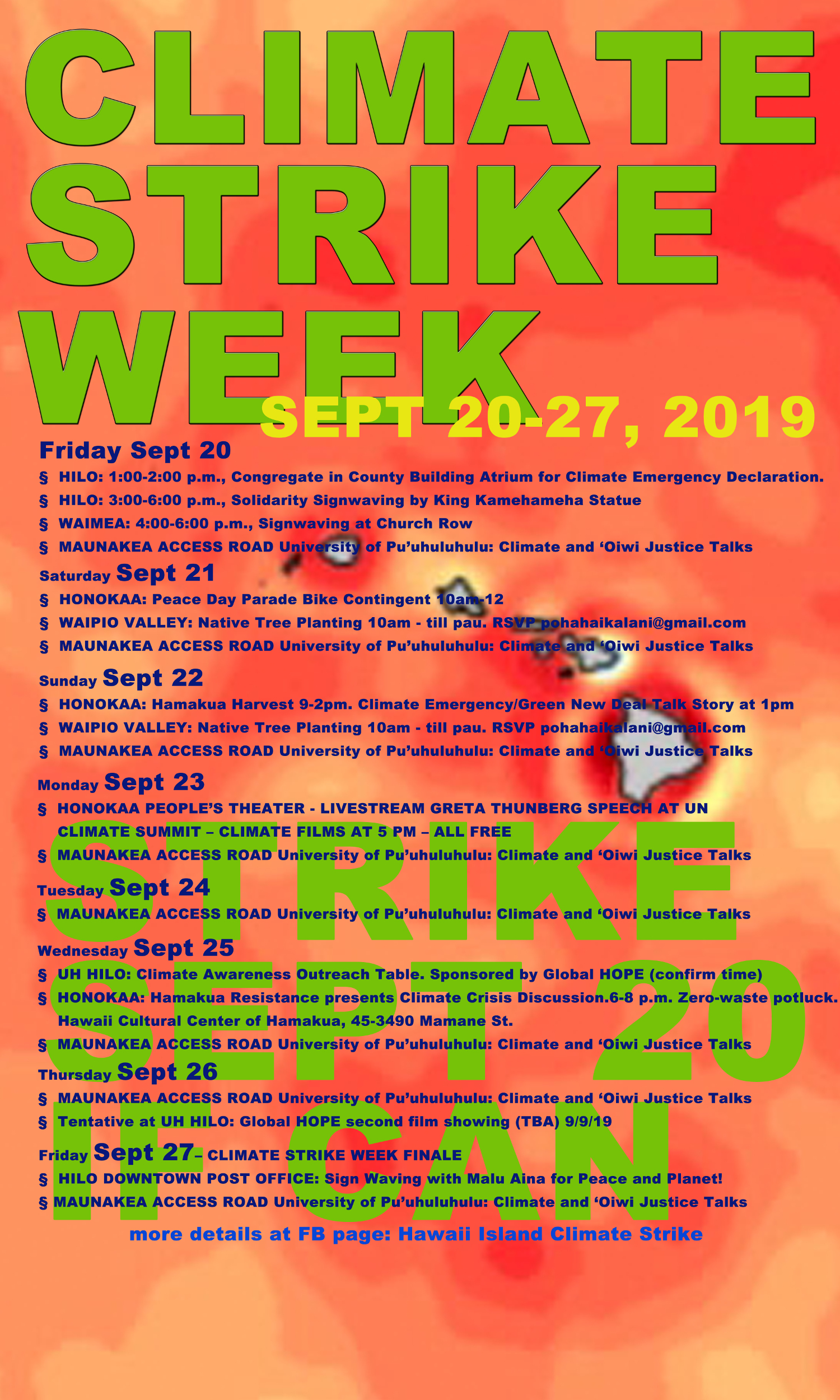