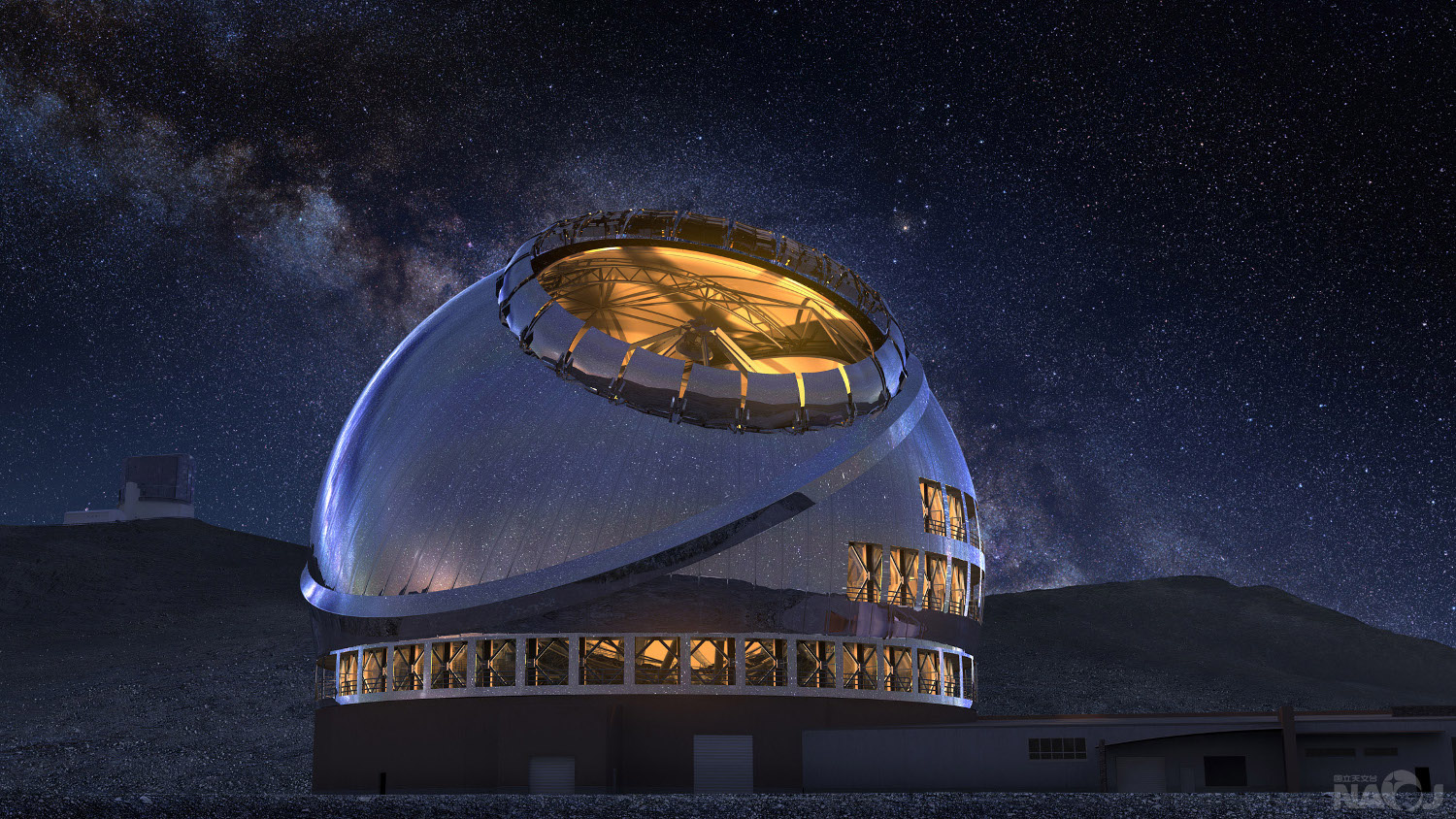 HAWAIʻI ISLAND - The CATAC chair says "there is effectively an indefinite moratorium on construction" and that the "only path to TMT construction in Hawai’i is through negotiation". 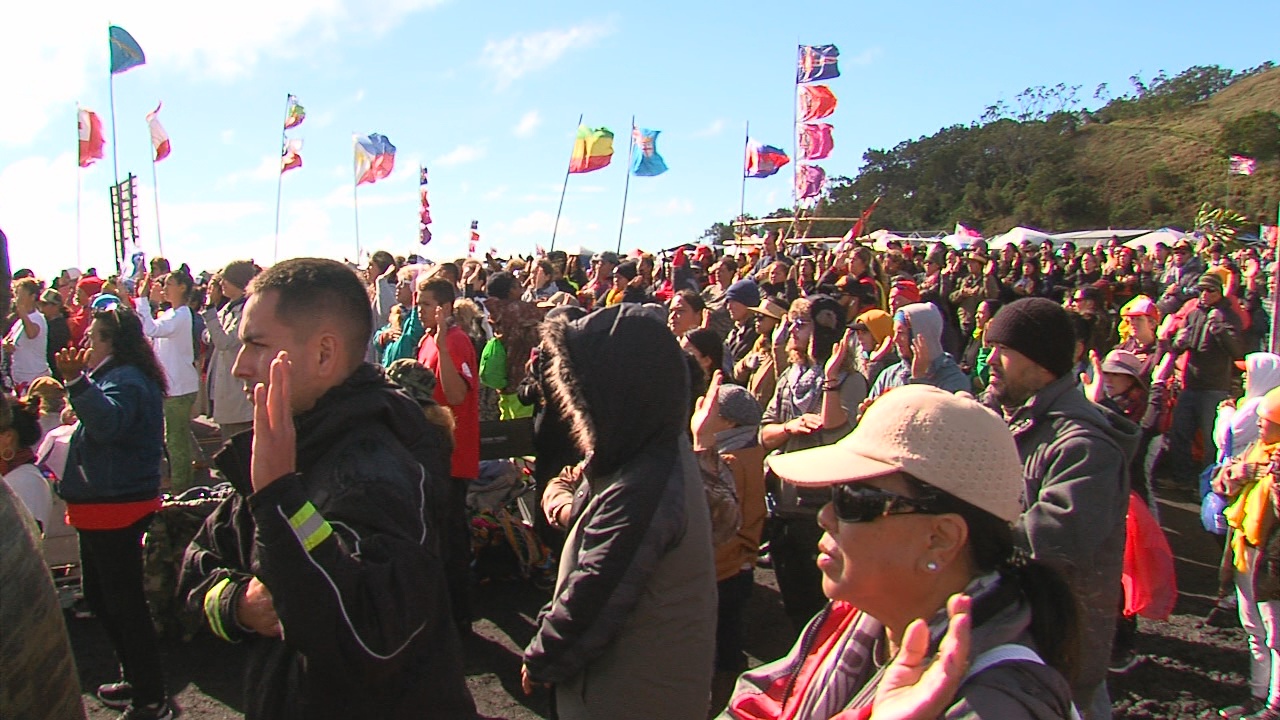 (BIVN) – An update on the Thirty Meter Telescope project was recently posted to the Canadian Astronomical Society website, providing a glimpse of how Canadian astronomers involved in the observatory view the ongoing standoff on Mauna Kea.

Construction on the Thirty Meter Telescope was scheduled to begin on July 15, 2019, but opposition to the project has managed to block TMT crews from ascending the mountain. Hawaiʻi law enforcement has been unable to clear the Mauna Kea Access Road, thus far.

The National Research Council Canada is a full partner in the TMT International Observatory. The Canadian Astronomical Society, or CASCA, has initiated and sponsored the development of a Long Range Plan for Canadian Astronomy. The CATAC Committee (which stands for CASCA/ACURA TMT Advisory Committee) provides advice on, advocates for, and encourages Canadian scientific participation in, the TMT.

Michael Balogh, the chair of the CATAC Committee, wrote in a September 21 update that “there has been no TMT construction activity since protesters blocked the access road on July 17.” Balogh’s message refers to the description of events found in an August 2019 CASCA circular, that says:

At the moment, there is effectively an indefinite moratorium on construction. It is important to note that all interactions with protestors have been respectful and without violence, and the issuance of an emergency proclamation on July 17 (subsequently withdrawn on July 31) did nothing to change that. We would never condone the use of excessive force to gain access to the site, and we are confident that no one involved sees this as a viable solution. The only path to TMT construction in Hawai’i is through negotiation, and the only activities going on now are talking, discussing and negotiating. We find nothing to object to regarding the behaviour of the TMT Project or its partners and supporters, in their response to the current protests.

CATAC remains strongly supportive of the TMT, and of the activities the Project has undertaken over the past decade to consult with and engage the Hawaiian community. It has become increasingly clear in recent weeks that the most prominent voices heard during the first days following the anticipated restart of construction are not representative of most Hawaiians, including the Native population. There is significant support for TMT on the Big Island of Hawaii, and more and more people are coming forward to say so. Furthermore, many of the concerns expressed by the protestors have little to do with TMT itself, leaving hope that there is a way to address those concerns and build TMT at the same time.

Balogh then writes about the alternative site in La Palma:

As CATAC reported previously, the alternative site, in the Canary Islands, would allow TMT to realize most of its exciting potential. In particular, the site characteristics for adaptive optics in the near infrared are very competitive with those of Maunakea. However, the lower altitude and higher humidity of the ORM site severely compromise observations in the ultraviolet and mid-infrared. These wavelength regimes enable some compelling science cases, including the search for biosignatures on exoplanets. There is no doubt that Maunakea is superior to ORM for science observations, and for this reason we hope that, following some further work and negotiation, it will be possible to undertake TMT construction with broad Hawaiian support.

A June 2019 CATAC report, written before the present standoff on Mauna Kea began, goes into more detail about why astronomers prefer TMT to be located on Mauna Kea. The report cites these statements that date back to 2018, but were not released publicly at the time, comparing Mauna Kea to Observatorio del Roque de los Muchachos, or ORM, in La Palma:

● The preference is so strong that any additional delay, even of several years duration, does not change it. TMT is being built for future generations, and will have a productive lifetime of many decades. We should not be shortsighted about the impact of a few years’ delay, but must build the best telescope we can, on the best site we can: of the options available, this site is Maunakea.

● ORM is an acceptable site and TMT will be able to do transformational science at that location. If it becomes impossible to build on Maunakea, or if a decision to pursue Maunakea jeopardizes the future of the project, we then recommend a move to ORM.

Back to the CATAC’s most recent letter, written after the standoff that delayed the start of construction on TMT entered its third month, Balogh wrote:

As we wait for these events to unfold, we are conscious of the potential additional delay to a project that is already five years behind schedule. The consequences of this should be considered deeply as we move into the process for LRP2020. TMT will hopefully have a long and productive lifetime – 40 years or more – and will shape many future generations of Canadian astronomers. It is CATAC’s opinion that the impact of this delay must be considered within this broader context: we must not risk or sacrifice the long-term benefits of having access to the best possible observatory for future Canadians.

The CATAC notes that the next TMT Science Forum will be November 4 through 6, 2019, in Xiamen, China. “This forum is a great opportunity to participate in, and influence, teams developing the future instrumentation suite for TMT,” chair Balough stated.