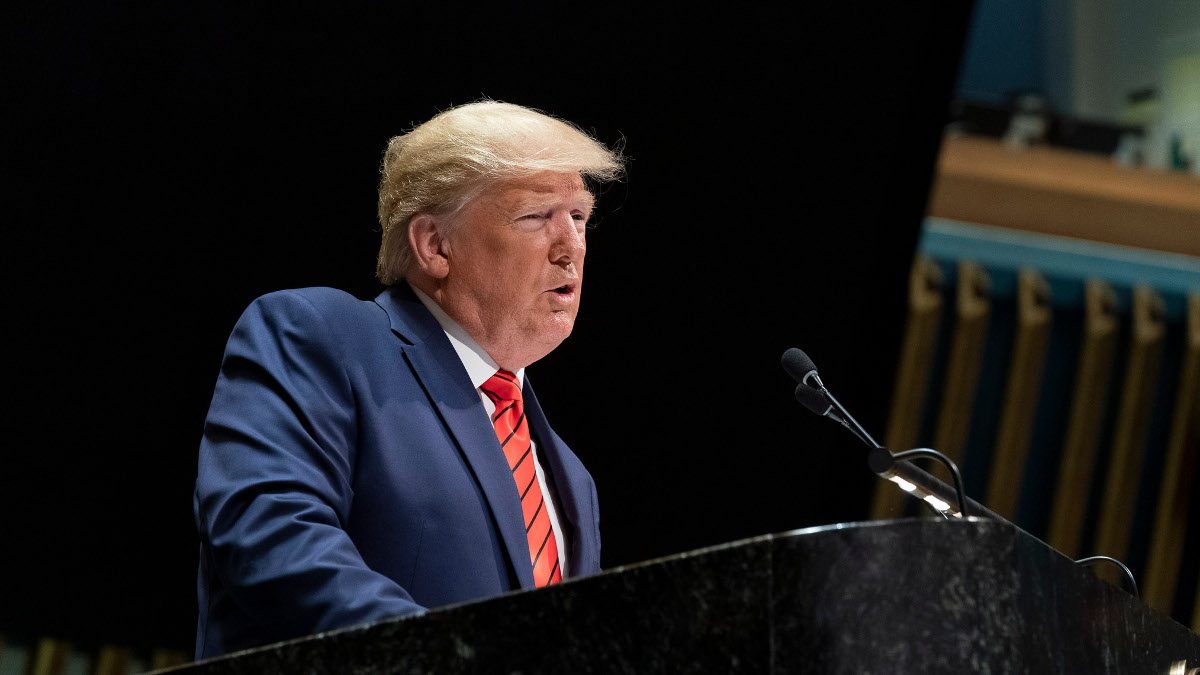 WASHINGTON D.C. - Of the four Hawaiʻi Democrats, Senators Schatz and Hirono, as well as Rep. Ed Case, agree with the impeachment inquiry. Rep. Tulsi Gabbard does not.

Video by Speaker Pelosi via Facebook, livestreamed on Sept. 24, 2019.

Among Hawaiʻi’s four Democrats in Washington, Tulsi Gabbard stands alone in saying that she thinks impeachment would be too divisive for the country.

In her speech, Speaker Pelosi cited press reports “of a phone call by the President of the United States calling upon a foreign power to intervene in his election. This is a breach of his constitutional responsibilities,” she said.

President Trump, who today gave a speech at the 74th session of the United Nations General Assembly, tweeted: “Such an important day at the United Nations, so much work and so much success, and the Democrats purposely had to ruin and demean it with more breaking news Witch Hunt garbage. So bad for our Country!”

“They never even saw the transcript of the call. A total Witch Hunt!” he tweeted. “PRESIDENTIAL HARASSMENT!”

U.S. Senator Mazie Hirono (D-Hawaiʻi) first called for the opening of an impeachment inquiry on May 29, 2019, following the conclusion of the Mueller report looking at Russian interference in the 2016 election. In a statement issued on Tuesday, she said:

“I commend Speaker Pelosi and House Democrats for opening a formal impeachment inquiry that will lay out for the American people whether Donald Trump committed high crimes and misdemeanors.

“Here’s what we know:

· He obstructed justice as detailed in the Mueller Report.

· He has been named as an unindicted co-conspirator in a campaign finance crime.

· He has been receiving money in violation of the Constitution from foreign governments.

· He pressured a foreign government to investigate his political rival — and he may even have threatened to withhold Congressionally-allocated aid money destined for that country to fight Russian aggression.

· He has stonewalled every effort by Congress to do its job of oversight and investigation, by directing witnesses not to testify in front of Congress, refusing to turn over documents, and asserting privileges that don’t exist.

“From Day 1 of his presidency, Donald Trump has been motivated by two things: protecting himself and making money. Speaker Pelosi is right to hold this dangerous chief executive accountable.”

Sen. Brian Schatz (D-Hawaiʻi) announced on Monday that he favored a move to “formalize and accelerate the impeachment process” so that Congress “can provide some measure of accountability.”

“Just observing the body language it seems to me that Republicans are not secretly happy about this and sure it will backfire but rather super nervous that some measure of accountability may be on its way.” Schatz tweeted.

“Exposing corruption is good and won’t backfire,” he wrote in a later tweet. “I’ve got more but I don’t want to overwhelm you.”

Hawaiʻi’s First District Congressman, Ed Case, seemed to be in agreement with Schatz and Hirono. He posted this message to his social media accounts:

The allegations that the President pressured a foreign country to investigate a domestic political opponent and withheld foreign assistance as leverage, to go with his Director of National Intelligence’s refusal to produce the whistleblower’s complaint and independent Inspector General’s report to Congress as required by law, go to the core of this or any President’s constitutional duties and our national security. Together with other claimed breaches and the President’s continued obstruction of Congressional oversight, they fully justify Congress reviewing potential impeachment.

This review must continue to be responsible, deliberate and fact-based, focused not on policy differences but on upholding and defending our Constitution. And key to that is whether the President fully complies with Congress’ requests for the facts and all of the facts, including the transcripts of his conversations with the Ukraine, the whistleblower’s complaint and Inspector General’s report, and the full and unrestricted testimony of the Director of National Intelligence to Congress.

Gabbard told CNN that pursuing impeachment against President Trump “would be terribly divisive” for America.

“I think Congress needs to exercise oversight over the information that’s been leaked,” she said. “I think its important that this transcript be released to Congress, so Congress can do its job. But I think the question of impeachment would further tear apart an already divided country.”

“I think its important that Donald Trump is defeated,” Gabbard said. “I believe I can defeat him in 2020.”

On Tuesday, the Tulsi 2020 presidential campaign celebrated that Gabbard earned a spot back on the Democratic debate stage in October.