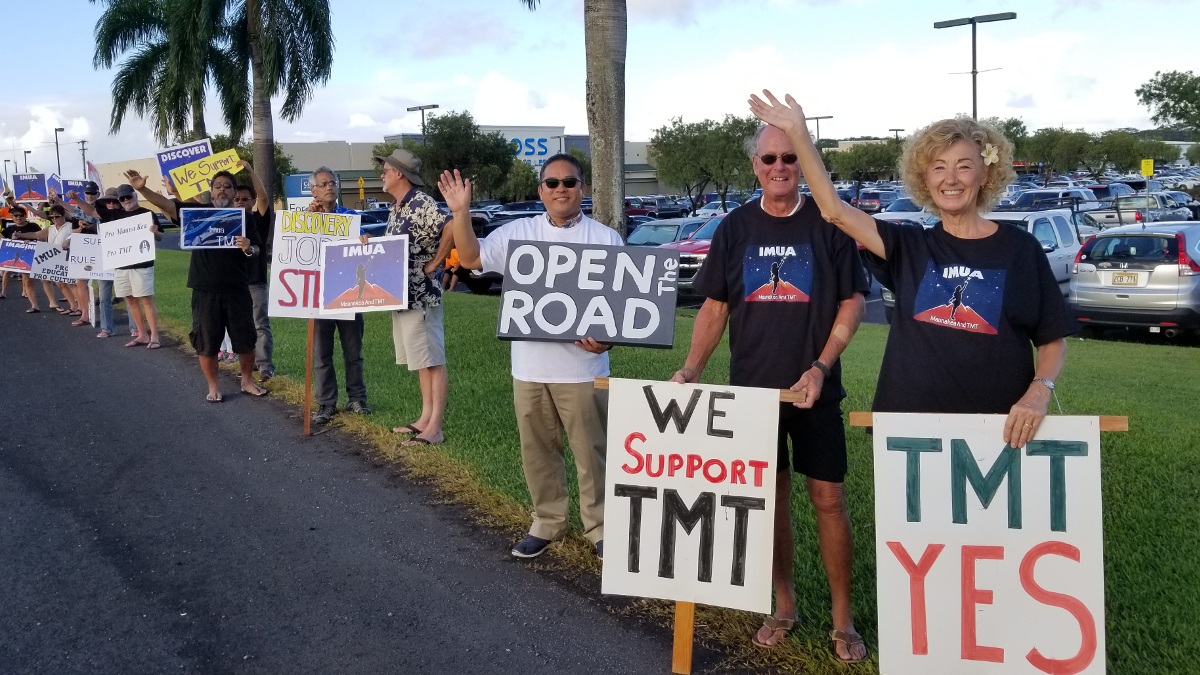 HILO, Hawaiʻi - Supporters are not giving up, even as a new Honolulu Star Advertiser poll charts a decline in public support for the project planned for Mauna Kea. 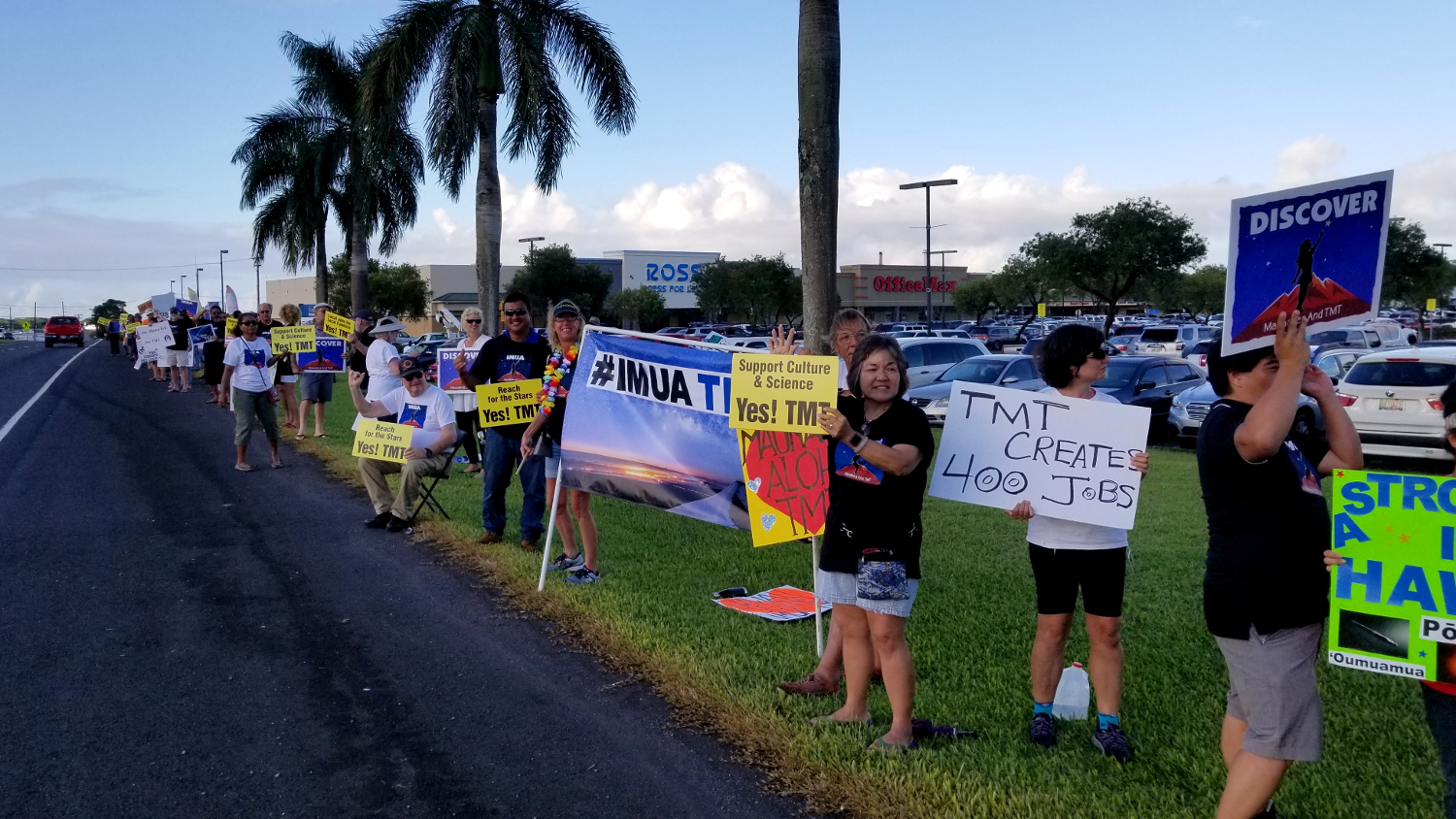 (BIVN) – Thirty Meter Telescope supporters lined the highway in Hilo on Tuesday evening, holding signs and waving at cars, hopeful that the $1.4 billion dollar observatory will one day find a home on Mauna Kea, despite the active opposition that has stalled the project since July 15.

The very next morning, however, Hawaiʻi’s newspaper of record published the results of a new poll showing state-wide support for TMT has dropped, along with the approval rating of Governor David Ige, who has been unable to resolve the difficult situation.

The new poll conducted by the Honolulu Star-Advertiser reveals that state-wide support for the TMT project has dropped sharply, from 77% of voters 18 months ago, to about 50% today.

The poll also shows that the majority of Native Hawaiians, on all islands, oppose the project.

Only about 14% of voters state-wide are undecided.

“I think it is important to note that TMT still has majority support,” wrote astronomer Thayne Currie, an admin on the Yes2TMT Facebook group. “It is more challenging to support something that appears stalled for the moment.”

“I suspect that once construction does start or once Mayor Kim’s proposal gets implemented you will see support increase again. It’s certainly clear that we should implement Mayor Kim’s plans as fast as possible to resolve this situation,” Currie said.

In addition, the poll shows “most voters now oppose the idea of using force to reopen Mauna Kea Access Road to allow construction to move forward”, the Honolulu Star-Advertiser reports.

TMT opponents celebrated the poll results over social media on Wednesday, attributing the shift in opinion to their conduct under Kapu Aloha, and ongoing educational efforts.

Tuesday’s crowd, gathered on the side of highway 11 in a show of support for TMT, maintained a positive outlook.

“We are very excited to have a rally to support TMT, there is a majority who have expressed wanting the TMT for their children’s future as some of our keiki are out here with us today,” stated TMT supporter Laurie Chu, who shared photos from the sign waving. “One person personally told me her daughter wants to pursue astronomy professionally and hopes that she will be able to get an astronomy job in Hawaii. Her daughter was even at the rally working on astronomy homework!”

“The community showing support is diverse and excited that this is a project for all of humanity,” Chu said. “Many cars that have passed by have honked in support with smiles and shakas. It has been a great outlet to feel the positive energy and let the community know that there is still a lot of support. We hope that all voices on this issue will be heard, and that the world will see the strong support for TMT in Hawaii!”