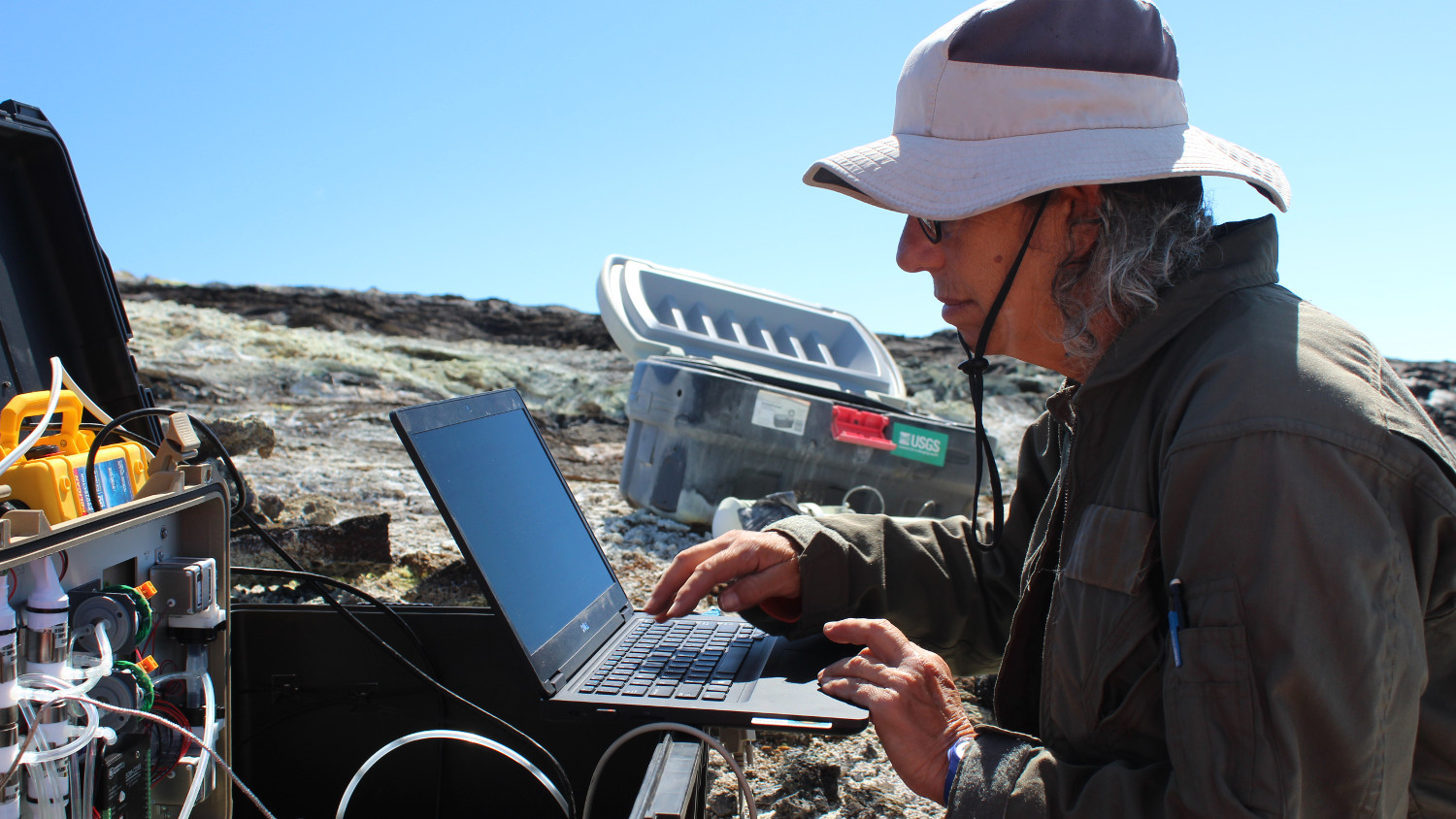 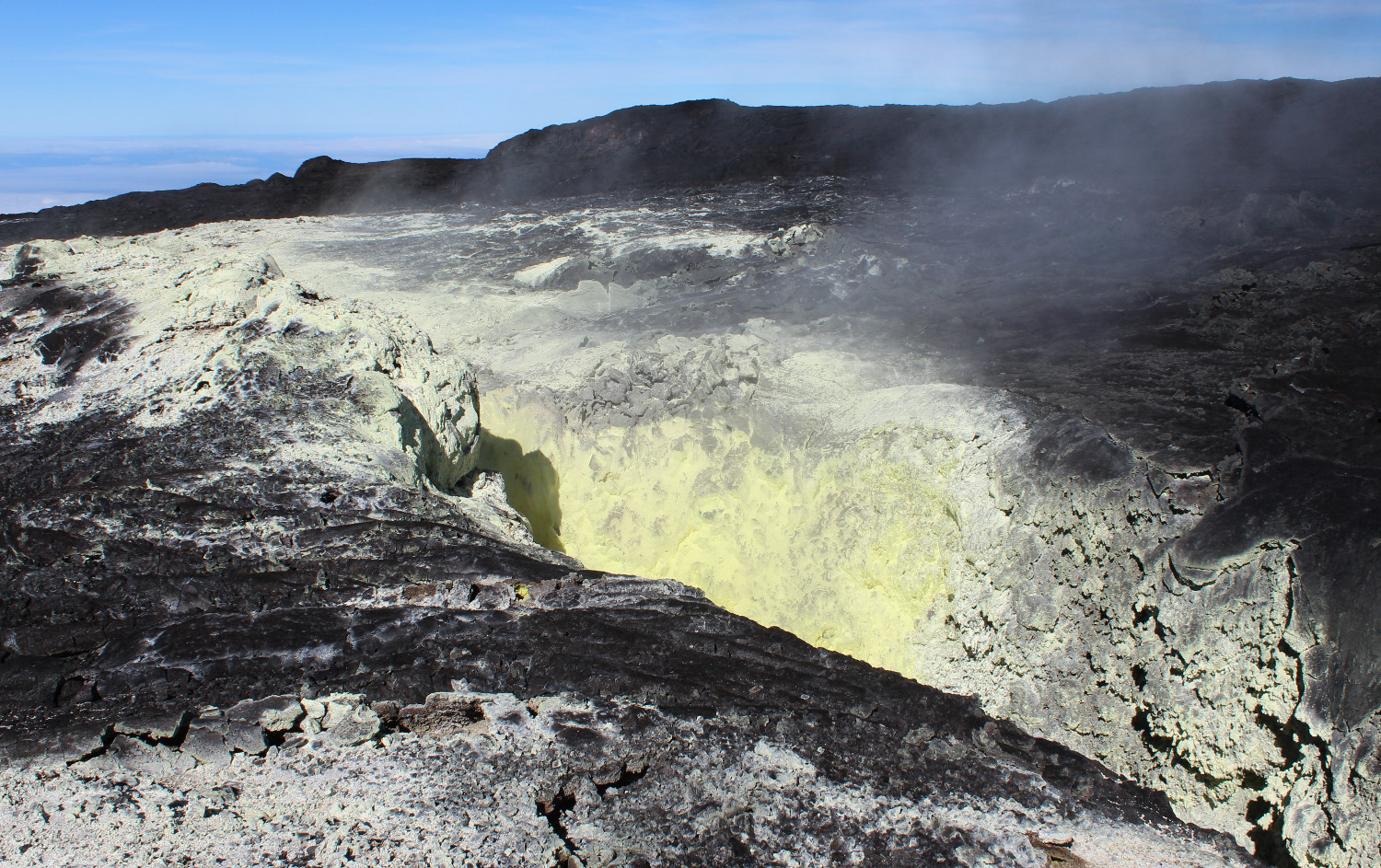 USGS photo by P. Nadeau on September 17, 2019. “Native sulfur crystals often form through the reaction of sulfur dioxide and hydrogen sulfide gases, both of which are degassing from this old fissure on Mauna Loa, making it an ideal site for volcanic gas monitoring. As a result of the degassing, the fissure is lined with yellow sulfur crystals.”

Mauna Loa is not erupting, and the USGS HVO maintains the volcanic alert level at ADVISORY / YELLOW. Scientists say rates of deformation and seismicity have not changed significantly in the past week and persist above long-term background levels.

In a series of photos taken on September 17 and posted to the USGS HVO website, scientists are shown upgrading a gas sensor at a new spot next to an old fissure on the giant volcano.

Two weeks ago, USGS HVO began reporting fumarole temperature and gas concentrations at the Sulphur Cone monitoring site on the Southwest Rift Zone appeared slightly elevated from previous measurements, but said that was “due to repositioning and servicing of instrument sensors” during maintenance by HVO field crews. 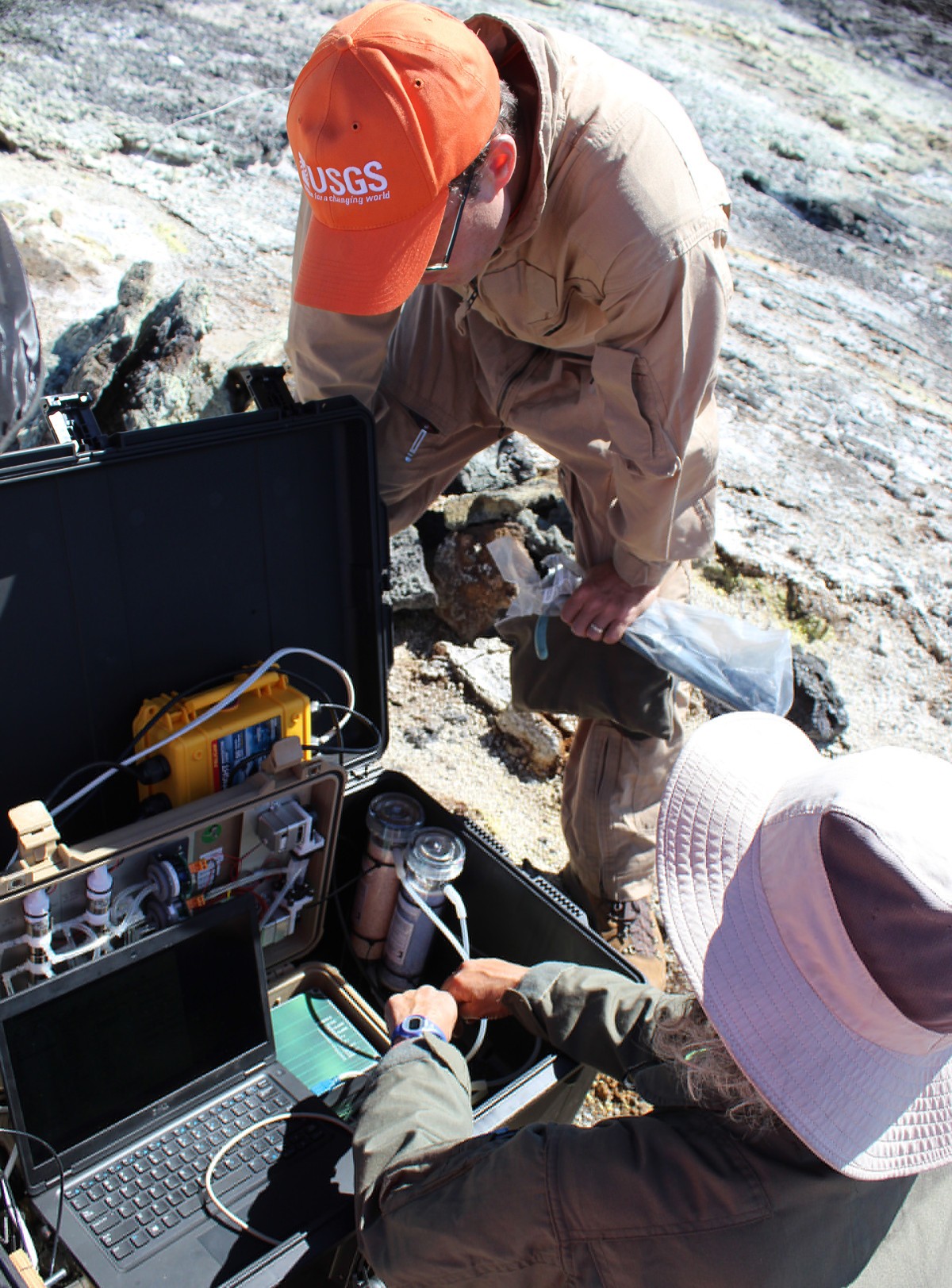