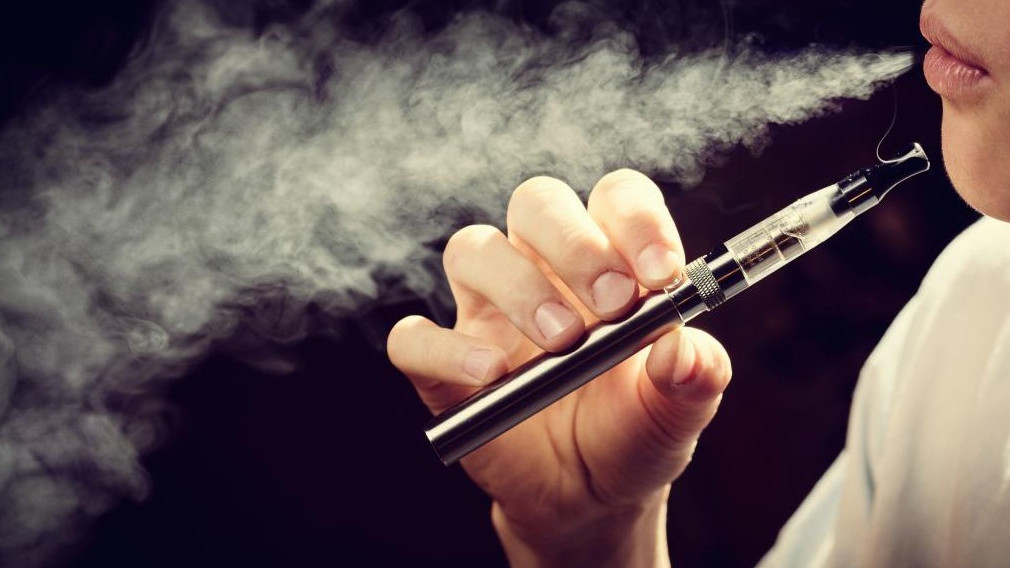 HAWAIʻI ISLAND - The Hawai‘i State Department of Health wants everyone to stop vaping until current nationwide investigations into illness are complete.

(BIVN) – A public health advisory was issued today by the Hawaiʻi Department of Health, “urging everyone to stop vaping, no matter the substance or source, until current nationwide investigations are complete.”

In September, the Hawaii Department of Health said it was investigating a Hawaiʻi Island report of a severe respiratory illness that was possibly related to e-cigarette use. On October 7, health officials say they have confirmed the illness is associated with e-cigarette use. “The illness occurred in a Hawai’i island resident under the age of 18 years and appears to be linked to a national outbreak,” health officials wrote on the state’s Vaping Associated Lung Injury webpage.

Officials say “more than one thousand cases have been reported in 48 states, including 18 deaths reported in 15 states.”

“There is serious nationwide concern over vaping, and in Hawai‘i, our children are especially at risk as we have some of the highest estimated rates of e-cigarette use among our high school and middle school youth,” said Gov. David Ige in a health department media release. “The state is placing a high priority on investigating lung illnesses related to vaping and our Department of Health will immediately ban any products that are identified as the source of a vaping related outbreak. We will also introduce legislation to regulate these products and further restrict their access to our youth.”

Hawai‘i has one of the highest rates of vaping among high school (26%) and middle school youth (16%) in the nation, health officials say. The estimated national average for high school youth is 13 percent.

“Vaping is not safe, and everyone is advised to stop using vaping products until more is known about their association with serious lung disease,” said Health Director Bruce Anderson. “Parents are advised to talk with their children about the dangers of vaping, and physicians are reminded to ask their patients with symptoms of lung illness or injury about their use of e-cigarettes or their history of vaping and report cases to the Department of Health for investigation.”

Until the cause of these vaping associated illnesses is determined, the Hawai‘i Department of Health recommends the following:

E-cigarettes and vaping products are unsafe and unregulated. While there are claims that vaping devices help smokers kick their cigarette habits, not enough time has elapsed, nor has testing been done, to verify this claim or the potential for other health impacts. If you are an adult using vaping devices with medical cannabis products, consider changing to another form of medical cannabis.

If you choose to continue using vaping devices, do not use off-market products.

Caution is especially advised regarding the use of off-market THC-containing liquids. “Off-market” products are those available through the internet, purchased from persons on the street, and those which are homemade. Homemade products often involve modifying or adding substances to products purchased at retail stores.

Pregnant women should not use e-cigarettes and vaping products of any kind at any time during pregnancy.

Children and youth should never use e-cigarettes and vaping devices.

If you have recently used a vaping device and are experiencing symptoms including coughing, shortness of breath, chest pain, nausea, vomiting, diarrhea, fatigue, fever, or abdominal pain, see a healthcare provider.

If you are an adult using vaping devices to kick a cigarette habit, do not return to smoking cigarettes.