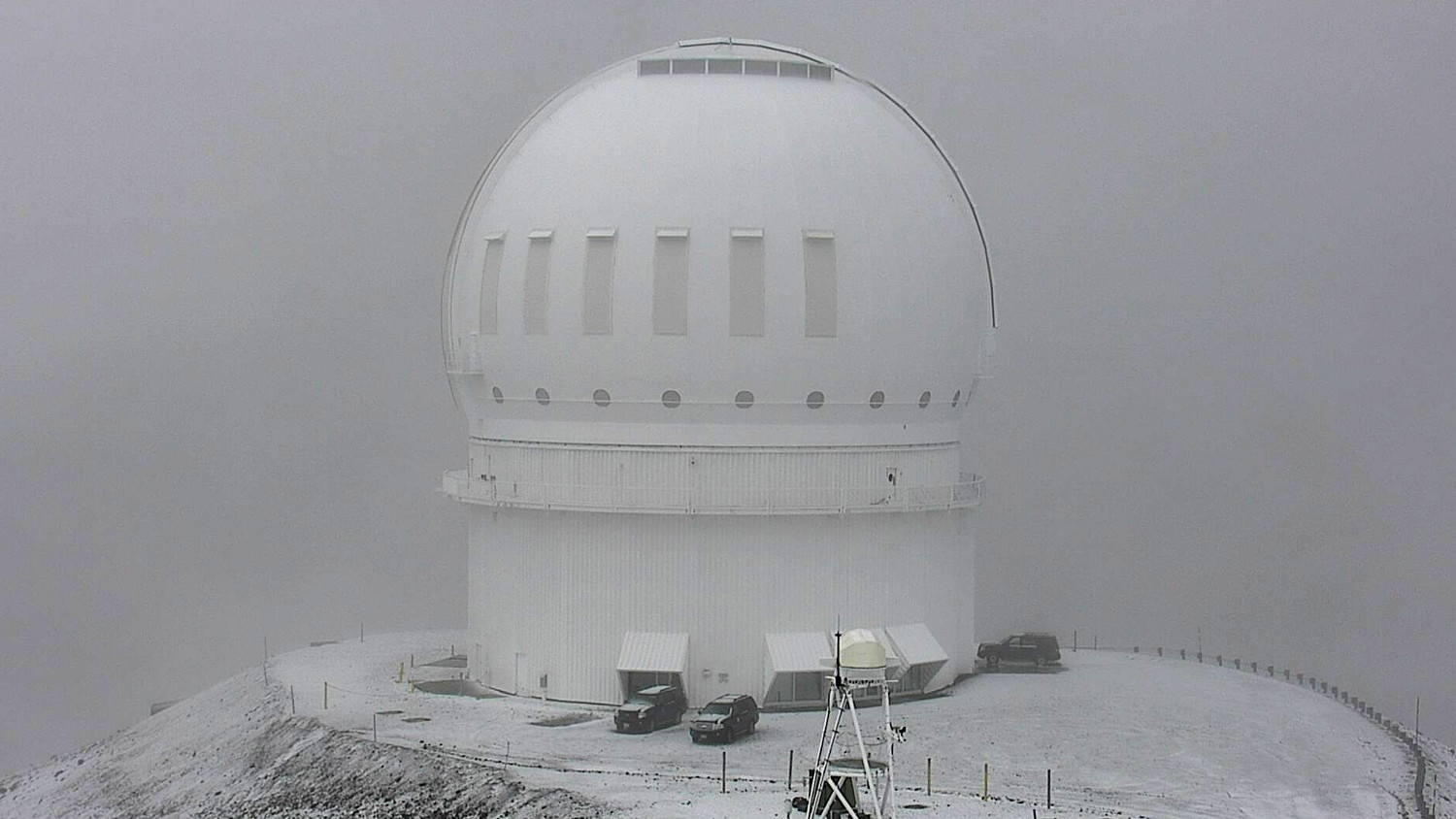 MAUNAKEA, Hawaiʻi - Building instability and moisture are resulting in extensive fog, ice and high humidity at the summit, forecasters say. Ice and snow can already be seen on observatory webcams. 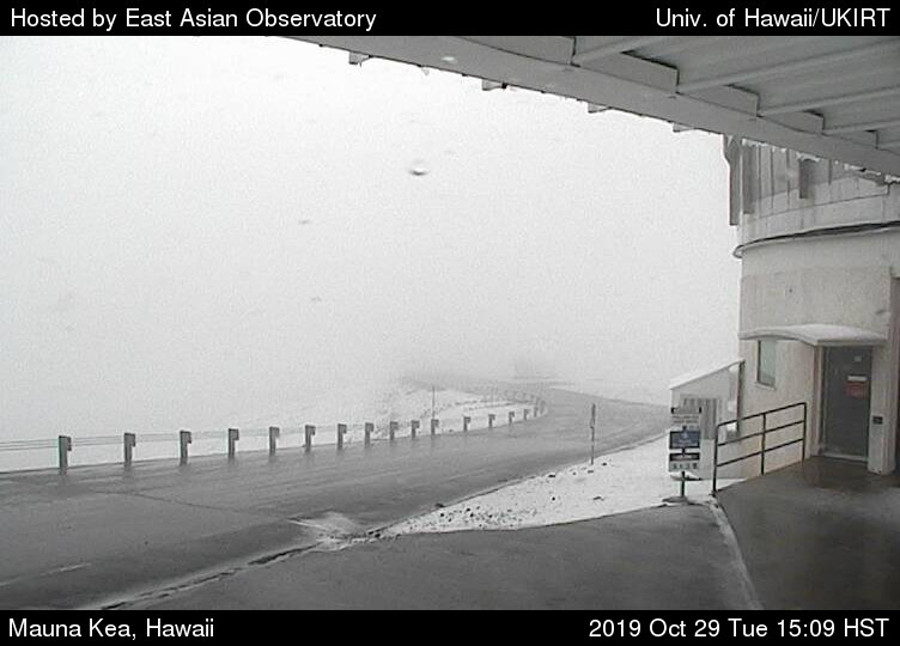 (BIVN) – Ice is starting to cover the summit of Mauna Kea on Tuesday afternoon.

Observatory webcams show snow and fog surrounding the telescopes at the 13,000 ft level of the mountain.

According to Maunakea rangers, the road to the summit is closed, “until further notice per the Hawaiʻi County Police Department,” as it has been since July 15 when the standoff over the Thirty Meter Telescope began.

In a 10 a.m. Mauna Kea Observatories Forecast, there was the warning of a chance for fog/ice and flurries, and the possibility of thunderstorms. Forecasters wrote:

Building instability and moisture are expected to erode the inversion, likely resulting in extensive fog, ice and high humidity at the summit for tonight and into tomorrow evening. There is also possibility for isolated convection in the area and periods of flurries at the summit during that time. There is a good chance that the air mass will dry out a bit through Wednesday night, but persistent instability could keep the inversion rather weak/elevated, perhaps allowing for more periods of fog and high humidity into Thursday night. Dry and stable conditions should return to the summit, once the inversion reaches full strength again near 8 thousand feet for Friday and Saturday night. Extensive daytime clouds are possible through Friday, and there is a chance for afternoon convection along the Big Island slopes over the next 3 days; daytime clouds will be minimal and short-lived over the weekend.

On Wednesday, chances for heavy rain and thunderstorms remain in the forecast for Maui and the Big Island, the National Weather Service says.