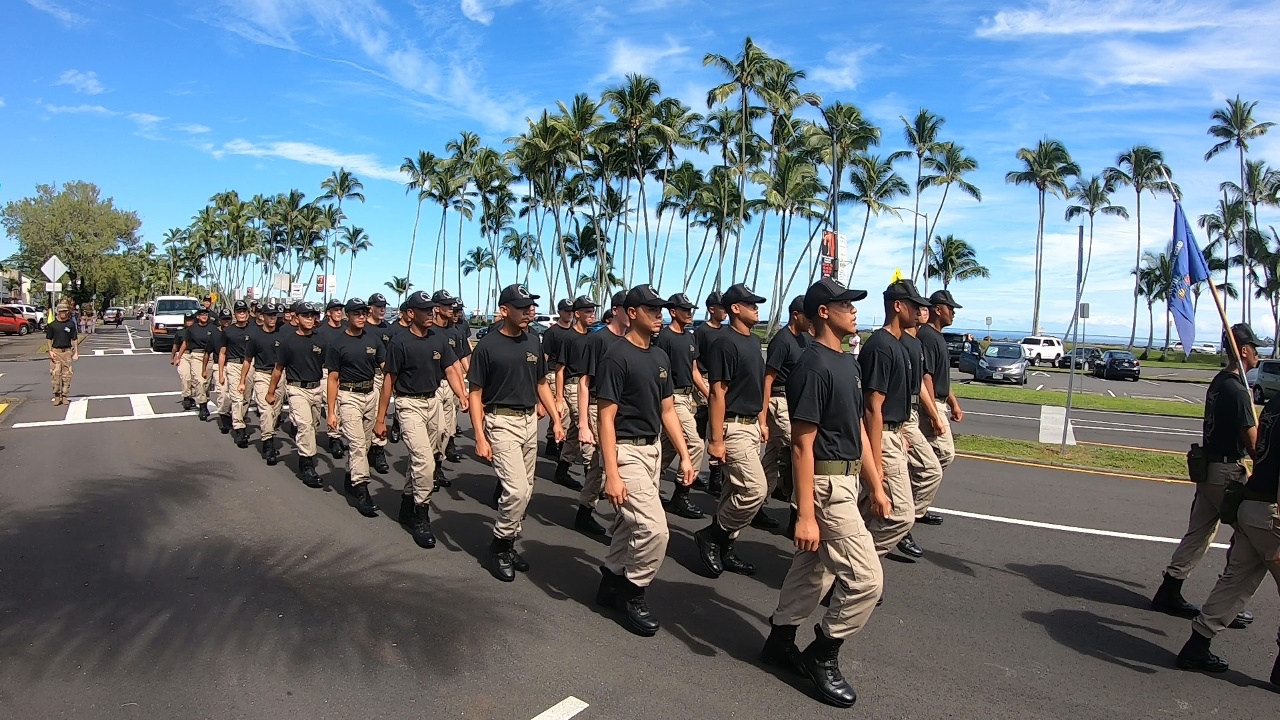 (BIVN) – The Hawaiʻi Island Veterans Day Parade, said to be one of the largest Veterans Day parades in the state, took place on Saturday under sunny skies in Downtown Hilo.

The 12th annual event was themed “Celebrate Service” with a focus “on the increased involvement of veterans and the community to serve those in need,” organizers wrote on the parade website. 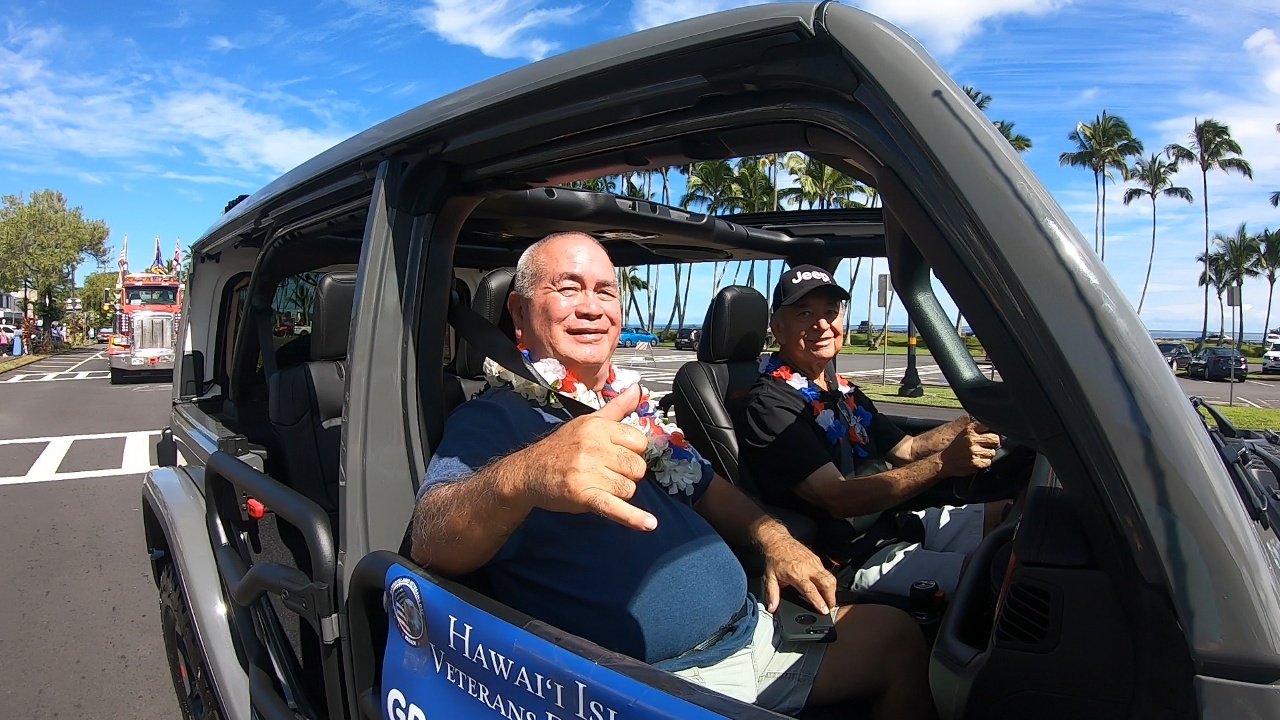 This year’s Grand Marshal for the parade was Captain Richard Ha, a Vietnam veteran, as well as a community and business leader. According to the parade line-up narrative:

Richard served in Vietnam as a US Army captain. He has been called a visionary for his efforts to improve local agriculture, reduce energy inefficiency and costs, and integrate Hawaiian culture and economic opportunity for our children. Richard learned from his father, Not “no can”, but “Can”!, which he continues to live by to this day. 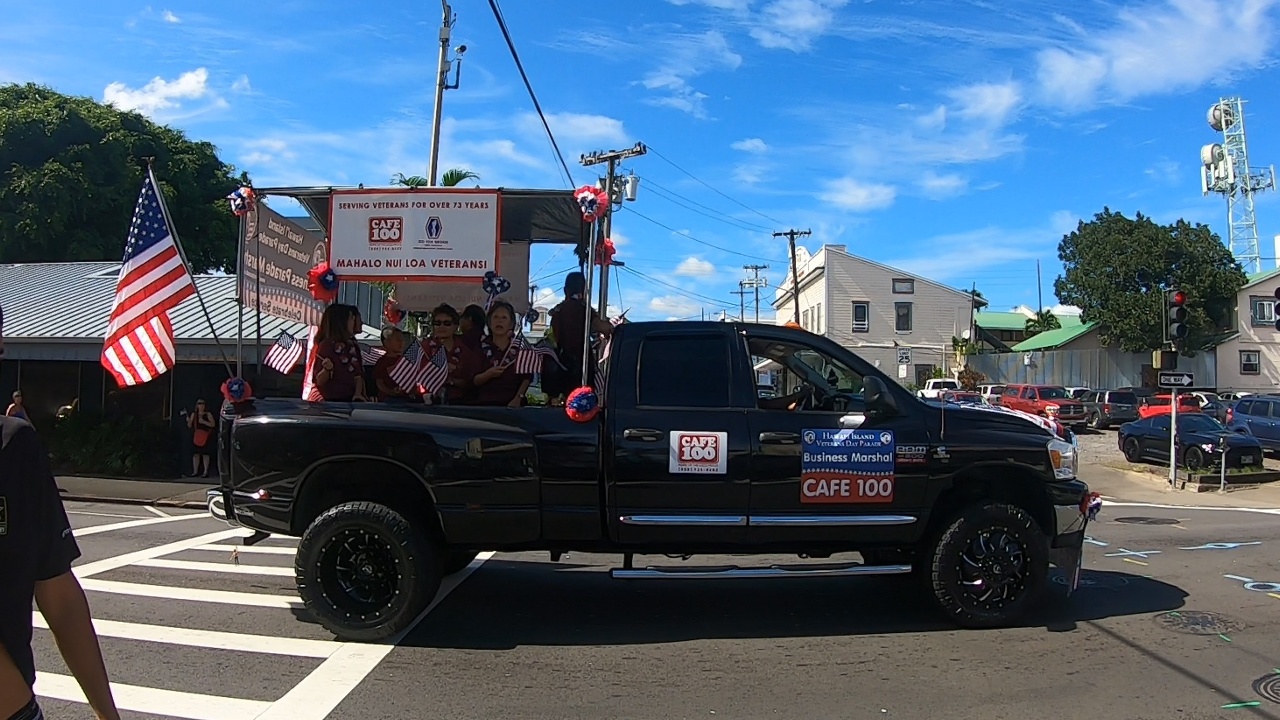 The Business Parade Marshal for this year’s event was Cafe 100. Organizers said:

Home of the Loco Moco and Hilo’s first plate lunch, Cafe 100 was opened in 1946 by founders Evelyn and Richard Miyashiro. Richard fought in World War II with the highly decorated 100th Battalion. He’s a great example why the free world owes a huge debt of gratitude to the many Veterans who returned home to their families after facing untold hardships, who worked hard and quietly built amazing businesses. Despite tsunamis and other challenges, Richard’s family has carried on his inspiring legacy to the delight of this island community. Cafe 100 has served generations of local families for 74 years! Cafe 100! 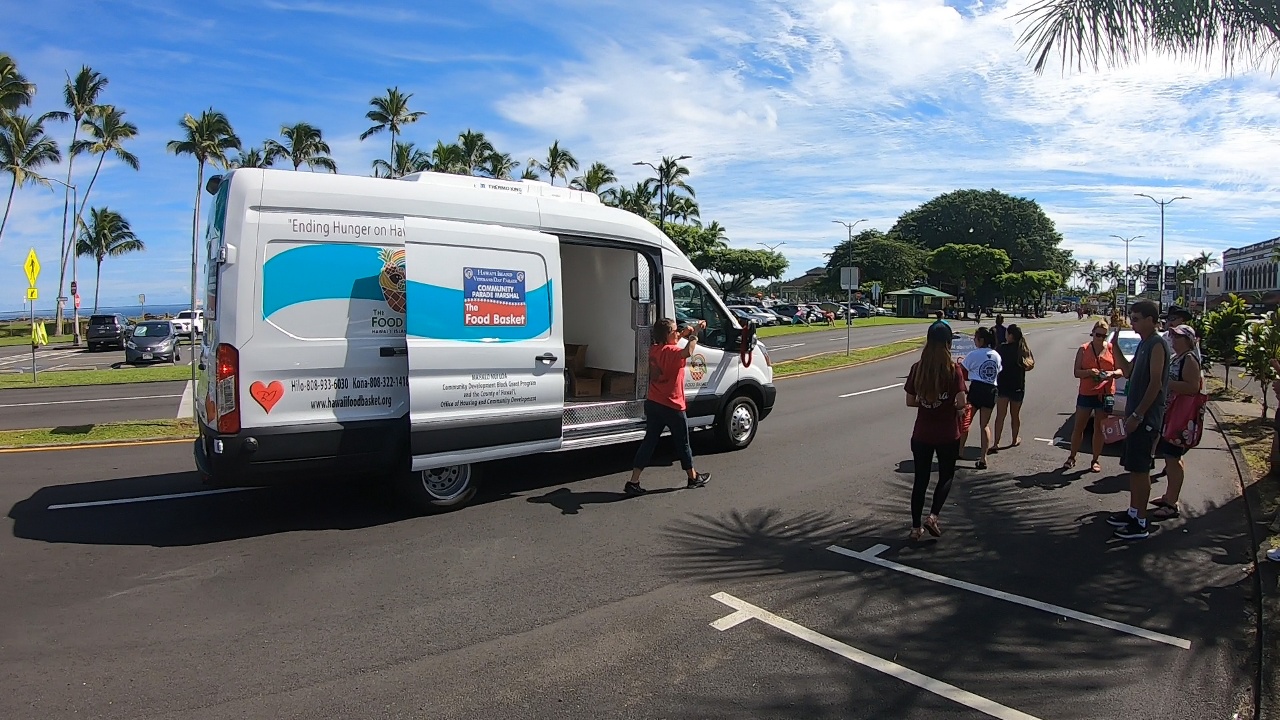 This year’s Community Parade Marshal was The Food Basket. The the parade line-up narrative stated:

“Ending Hunger on Hawaii Island” We distributed 250,000 pounds of food, water and supplies during the Lava disaster ……and serve on average 14,000 individuals a month with the help of our donors. We are committed to the health of our community and we are focused on bridging commodity foods with local fresh fruits and vegetables through a Community Supported Agriculture program. Call us or visit us online…