HONOLULU, Hawaiʻi - Passengers aboard the celebratory flight were gifted 90,000 HawaiianMiles in honor of Inter-Island Airways first scheduled passenger flights between the islands on November 11, 1929.

(BIVN) – 90 years after proclaiming, “The Air is Now Yours,” Hawaiian Airlines marked the milestone anniversary on Monday with a celebration. According to the airline:

On Nov. 11, 1929, Inter-Island Airways Ltd., the former alias of Hawaiian Airlines, carried its first ticketed guests aboard two amphibious Sikorsky-S38 aircraft flying from Honolulu’s John Rodgers Airport to Hilo Airport, with a stop at Ma‘alaea Airport on Maui. The flight inaugurated the Territory of Hawai‘i’s first air transport service, taking three hours and 15 minutes to complete (as opposed to 14 hours via steamship and two weeks via traditional voyaging canoe). 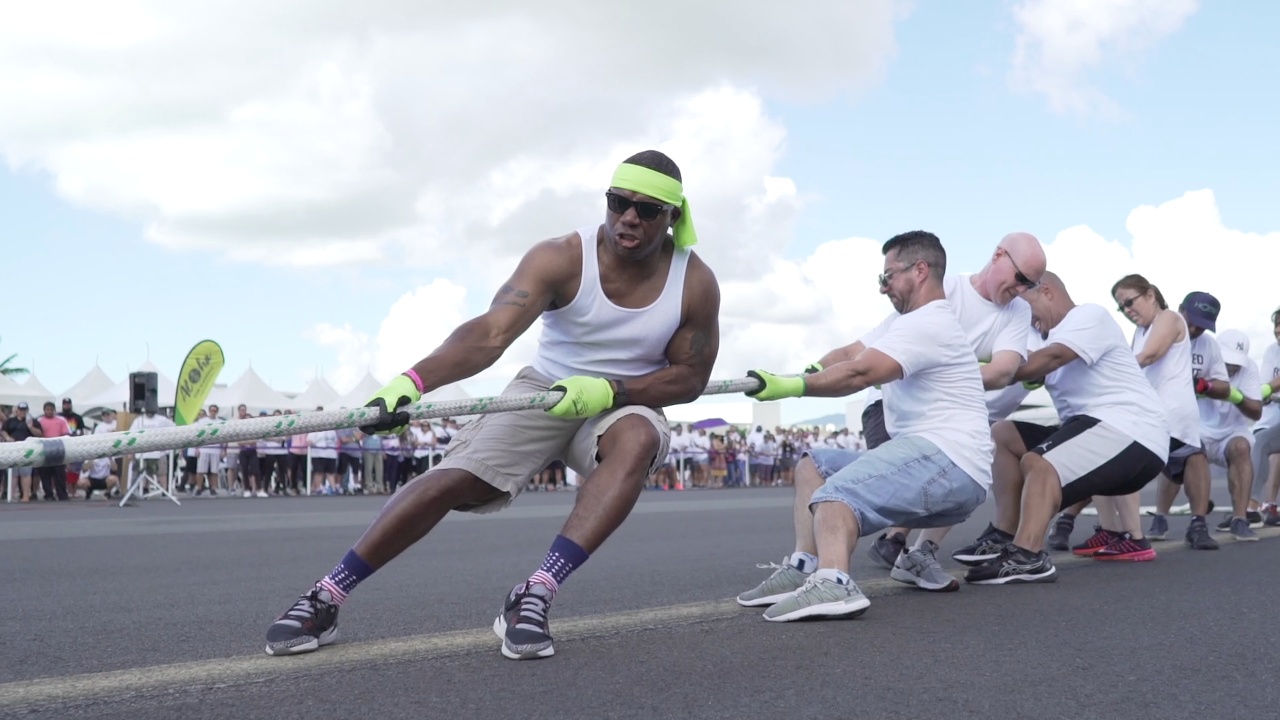 The 90th birthday festivities began with a “plane pull” fundraiser at the Castle & Cooke Aviation Hangar on Lagoon Drive, “where some 2,000 people representing Hawaiian Airlines and corporate teams throughout Honolulu competed in the daylong charity event that raised $33,000 for the nonprofit Sustainable Coastlines Hawaii,” the airlines said.

Then, at Honolulu’s Daniel K. Inouye International Airpor, a commemoration took place aboard HA1111, in which flight attendants wore vintage Hawaiian Airlines uniforms from the 1960s.

Guests received a copy of the Nov. 11, 1929 Honolulu Star-Bulletin newspaper. The headline read: “Inter-island Air Service Starts,” and quoted founder Stanley Kennedy as saying, “The air is now yours. The Inter-Island Airways looks upon this occasion with a great deal of pride as the pioneer in commercial aviation in Hawai‘i.”

Everyone on board got a birthday card with a gift of 90,000 HawaiianMiles – the equivalent to two roundtrip flights between Hawai‘i and the U.S. mainland or up to 12 neighbor island flights. 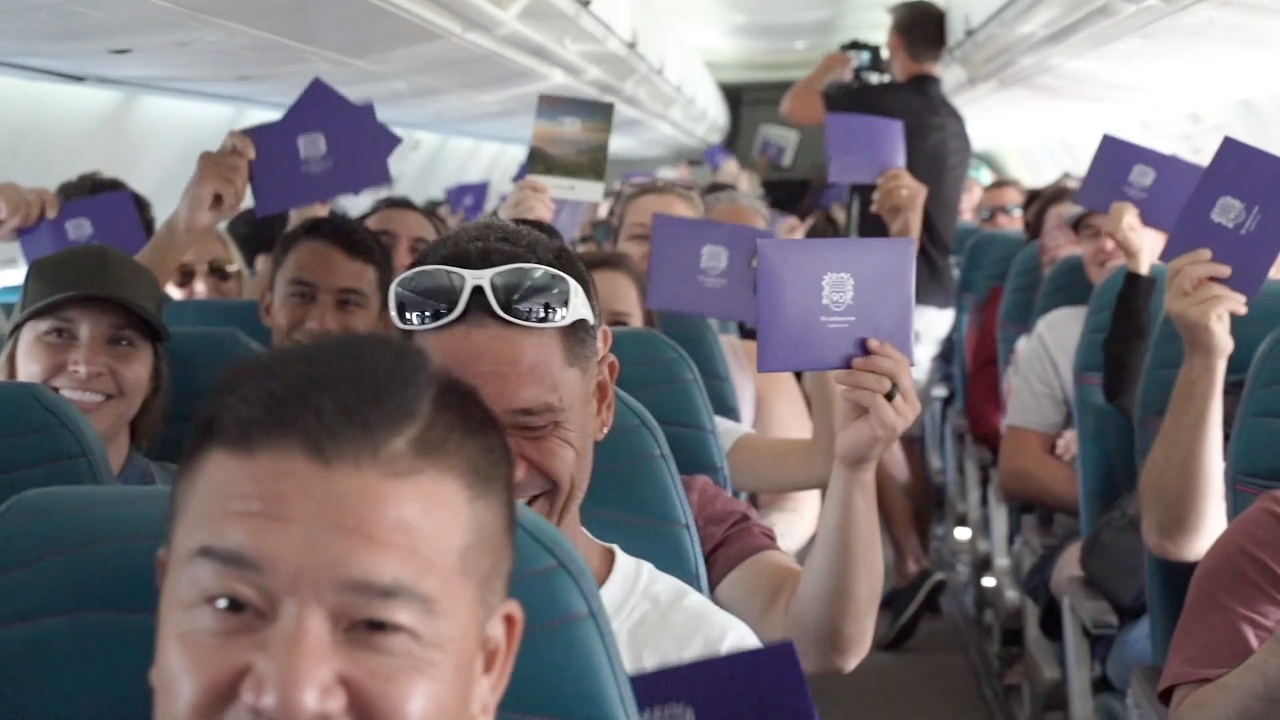 Sightseeing Tours: Prior to launching scheduled commercial air service in Hawai‘i, Inter-Island Airways offered $5 sightseeing tours over O‘ahu aboard a six-passenger Bellanca CH-300 Pacemaker monoplane with a fabric covered metal frame and wooden wings. It was how Kennedy, a Honolulu-born World War I Navy pilot, got residents accustomed to flying. The Bellanca is still a part of Hawaiian’s fleet, providing flights to employees, their families and retirees.

14 hours: The approximate time it took to travel between Honolulu and Hilo on ships operated by Inter-Island Steam Navigation Company, which had served Hawai‘i for half a century prior to founding its subsidiary, Inter-Island Airways. The first Sikorsky flights between Honolulu and Hilo, stopping on Maui, lasted three hours and 15 minutes, and today, the same trip takes about one hour aboard Hawaiian’s jets.

13,043 passengers: Carried by Inter-Island Airways in its first calendar year of operation in 1930, including 10,367 passengers on neighbor island flights, and 2,676 passengers on Bellanca tours. Last year, Hawaiian welcomed nearly 12 million travelers within the islands and between Hawai‘i and its U.S. mainland and international gateway cities, averaging some 30,000 guests daily.

A Cargo Pioneer: In 1942, a fleet of three Sikorsky S-43s began transporting cargo throughout Hawai‘i with the first U.S. Cargo certificate. Today, Hawaiian carries not only mail, but as many as 92,000 tons of goods throughout its neighbor island and transpacific network.