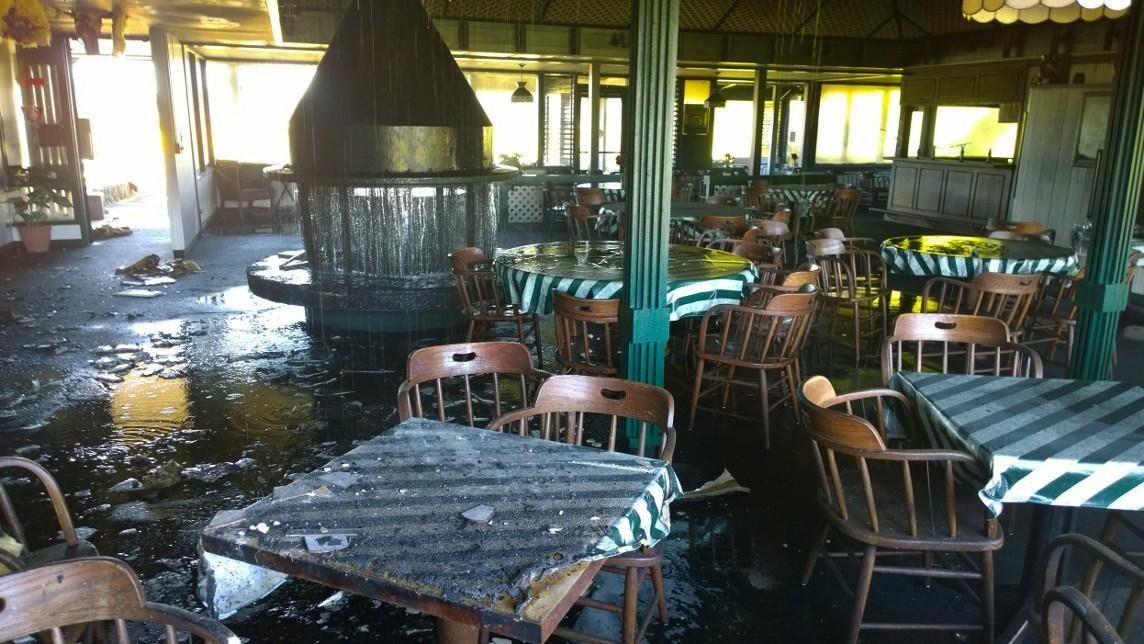 VOLCANO, Hawaiʻi - A Thursday morning fire gutted the retail and office area of the commercial building, but the restaurant was saved thanks to the work of Hawaiʻi County firefighters. 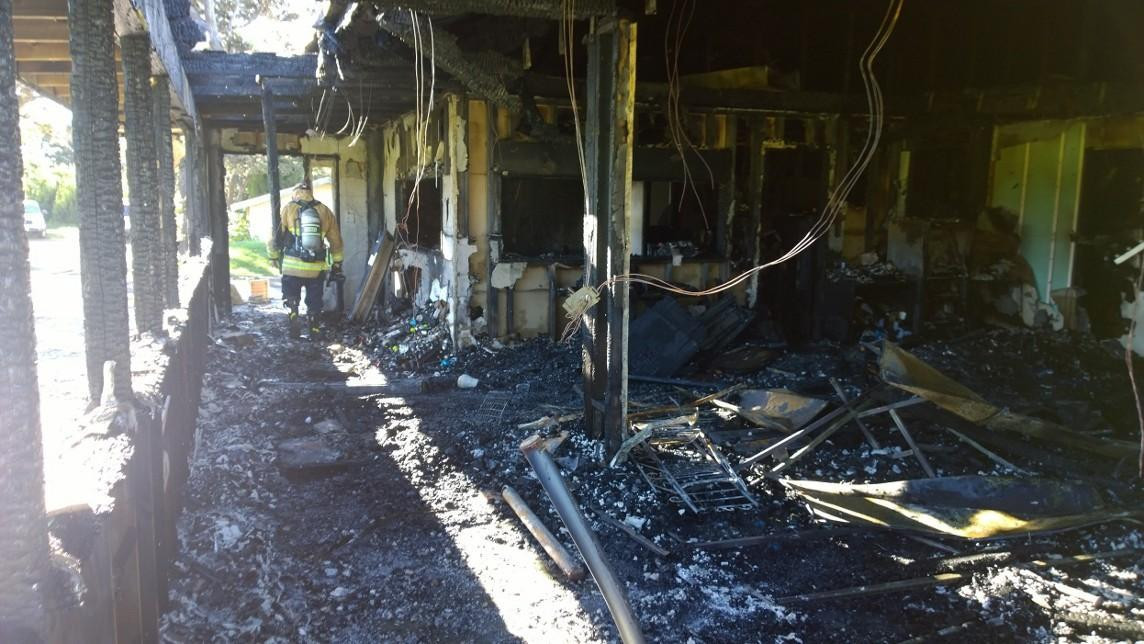 (BIVN) – A fire that damaged part of the Volcano Golf and Country Club on Thursday morning is under investigation.

When the first firefighters arrived on the scene at 4:56 a.m., they found the retail portion of the Volcano Golf Club fully engulfed in flames.

The Hawaiʻi County Fire Department says a neighbor heard the fire crackling and called 9-1-1 at 4:50 a.m.

Four personnel with the fire department’s district company were able to knock down the blaze and keep it under control until the other companies could arrive. The fire department notes that Pahala is 21 miles away and Keaʻau is 23 miles away.

“Water tankers from Pāhoa and Pahala supplied water, as there are no hydrants in the area,” the fire department wrote, with “the closest being in Mountain View.”

The fire gutted the Volcano Golf Club’s retail and office area, “but the restaurant, changing rooms, golf carts and a large retail storage area were saved.” 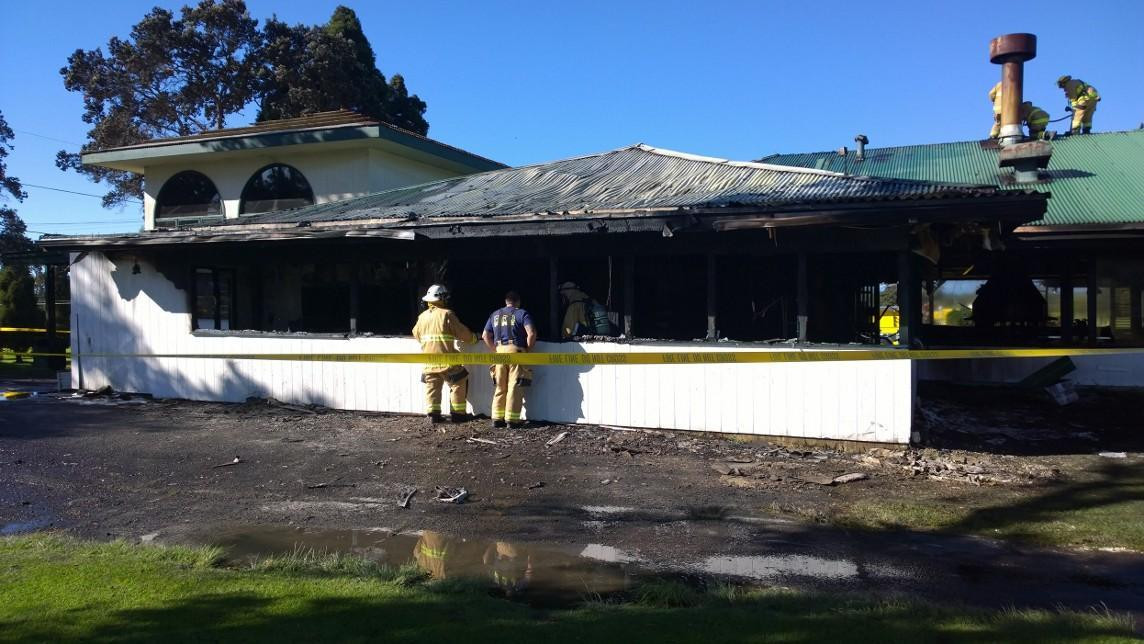 There were no reported injuries.

In addition to being an important part of the Volcano community, the Golf and Country Club served as the staging area for press conferences with national media during the 2018 eruption of Kīlauea Volcano.