HILO, Hawaiʻi - The 16-pound tilapia is the biggest seen by DLNR officials, and illustrates how the fish could do damage in the wild. 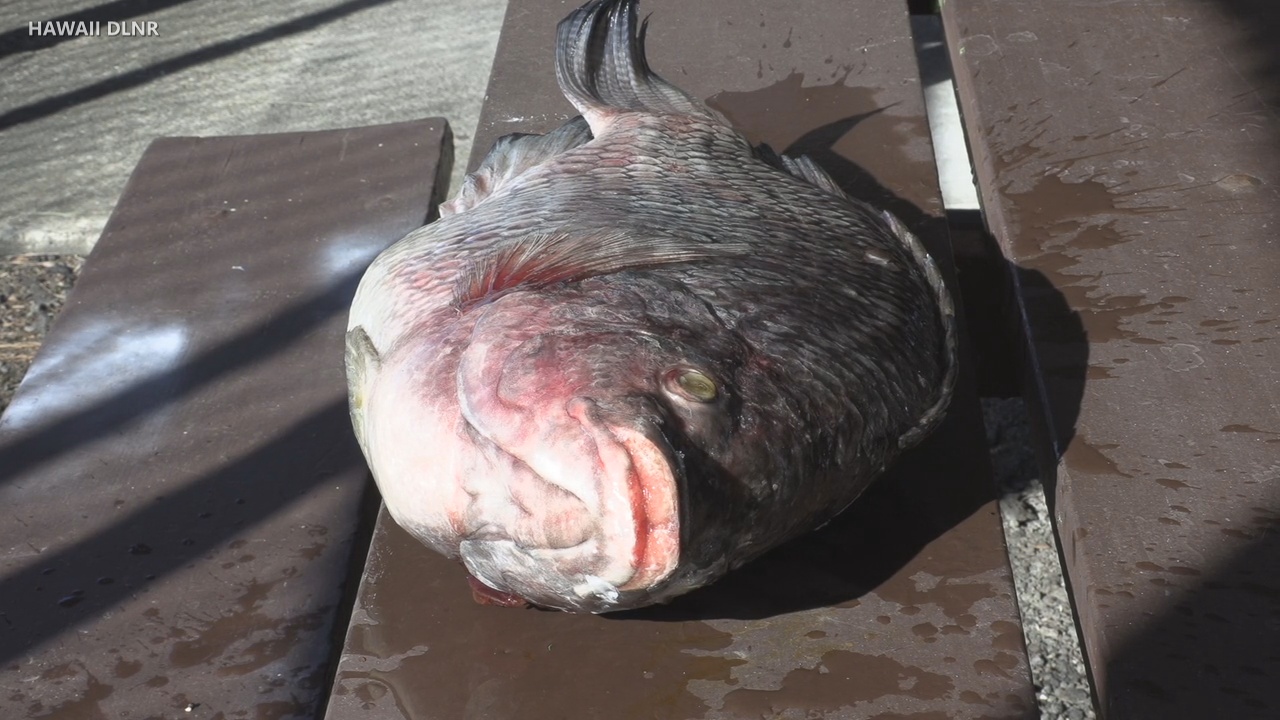 (BIVN) – A “monster” 16-pound tilapia was recently turned in to state biologists following news reports that the same type of fish have invaded Hilo waterways.

The Hawaiʻi Department of Land and Natural Resources shared video of the dead fish, which officials say highlights the propensity for tilapia to become damaging pests if released into the wild.

The DLNR told the story of the fish in this media release:

Aquatic Biologist Troy Sakihara is dealing with tilapia a lot these days. After he was featured in news reports about an invasion of Nile tilapia in the Wailoa and Waiakea waterways on Hawai‘i Island, a local man brought his recently deceased tilapia to Sakihara. It was a whopper, to say the least. Weighing in at a hefty 16 pounds and 62 centimeters long, Sakihara says it’s the biggest of this species of fish he’s ever encountered.

Sakihara’s boss, Brian Neilson, the Administrator of the DLNR Division of Aquatic Resources (DAR) said, “I was amazed, as a fisherman myself, but also a little freaked out by how big these fish can actually get. Especially when you think about how devastating tilapia can be to some of our native organisms, a two-foot long, 16-pound fish can become a major predator. It’s a little scary.”

After the recent “invasion” of Nile tilapia in streams in Hilo and another invasion of black-chin tilapia on Kaua‘i’s north shore, biologists have sounded the alarm about the enormous destructive potential of these introduced, invasive fish on native species and ecosystems. Neilson continued, “It’s great to see the public awareness and support and people bringing in tilapia, as they’re hearing the important message that invasive species don’t need to be in our waterways. You look at the size of the fish that was recently brought in and it’s not a stretch to imagine how they can gobble up all the food for native species and they’re actually eating fish like ‘ama‘ama or ‘o‘opu.

With support from DAR leadership, Sakihara is forming a working group to work with the division to develop strategies to address the impacts of tilapia on Hawai‘i waterways. Since these fish can have major impacts on local fisheries they’ll be enlisting continued support from the fishing community. DAR encourages anglers to catch as many tilapia as they want and they’re exploring the possibility of a community fishing tournament in early 2020, as one component, of a multitude of steps to try and eliminate them from wild, native, waters.

In the meantime, “the big fish,” is on ice, serving as a dramatic reminder of how an introduced species can have devastating impacts on Hawai‘i’s sensitive and fragile ecosystems. 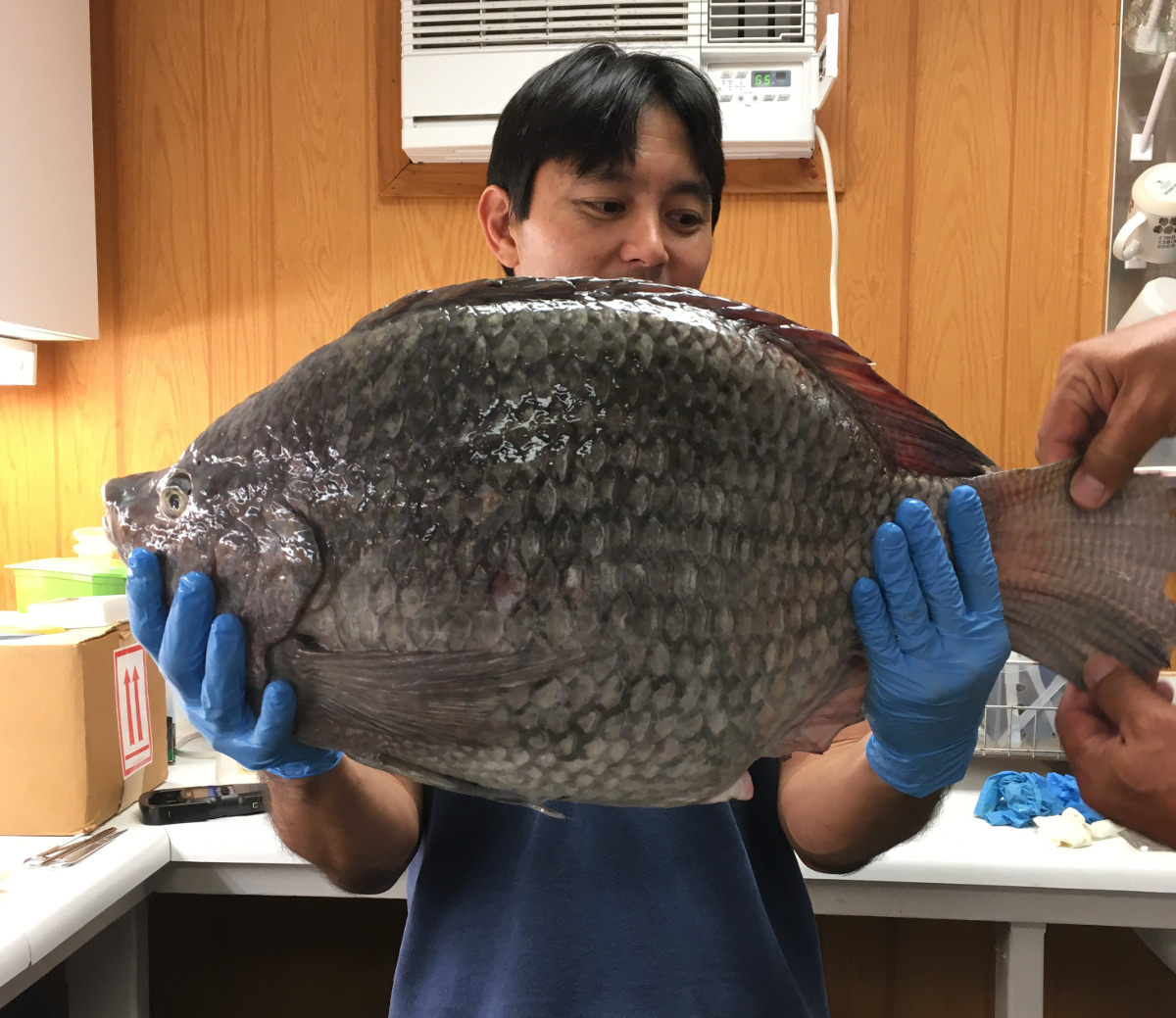