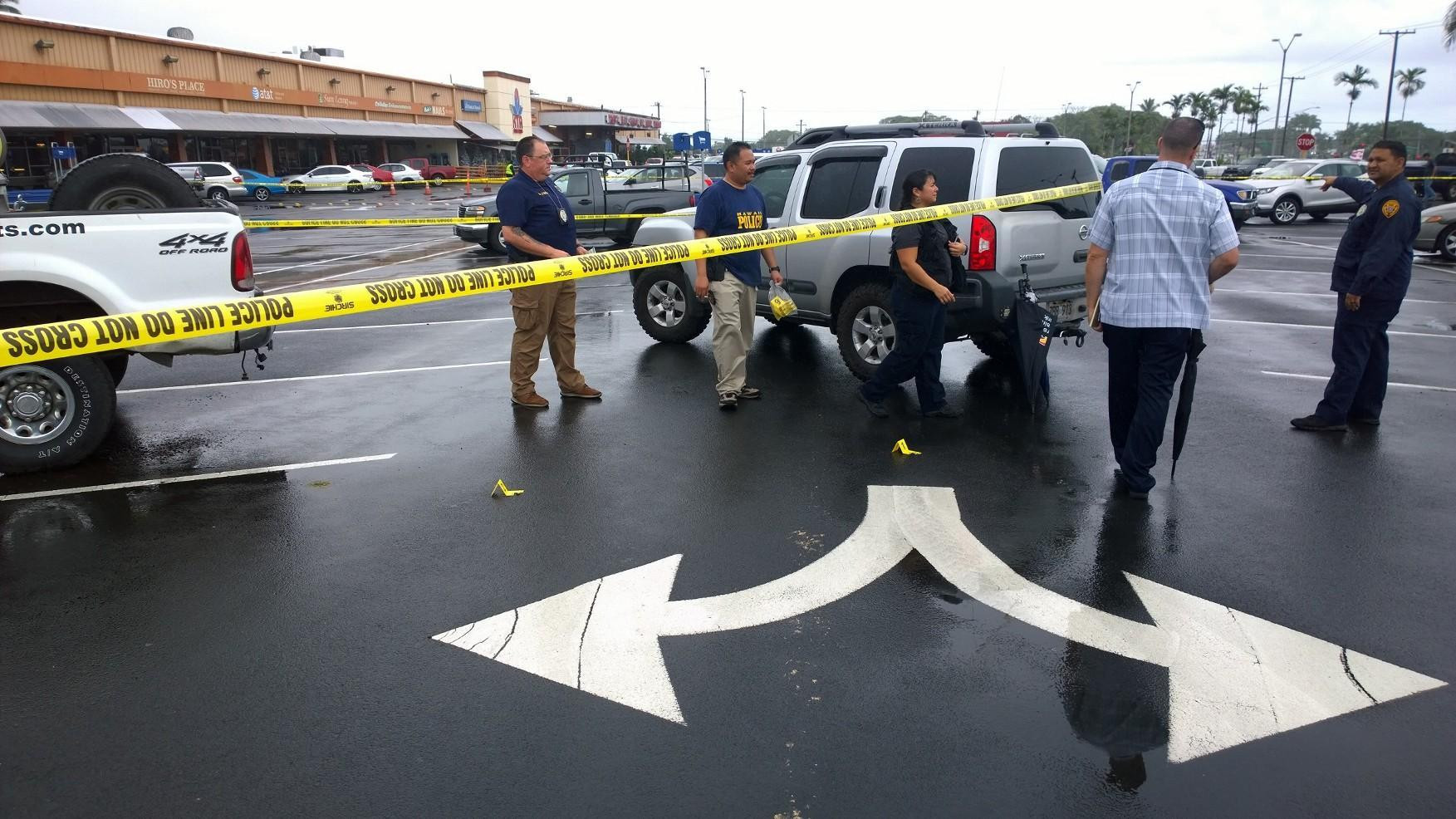 HILO, Hawaiʻi - A reported officer involved shooting occurred on Wednesday in area of the KTA shopping center off Puainako Street. 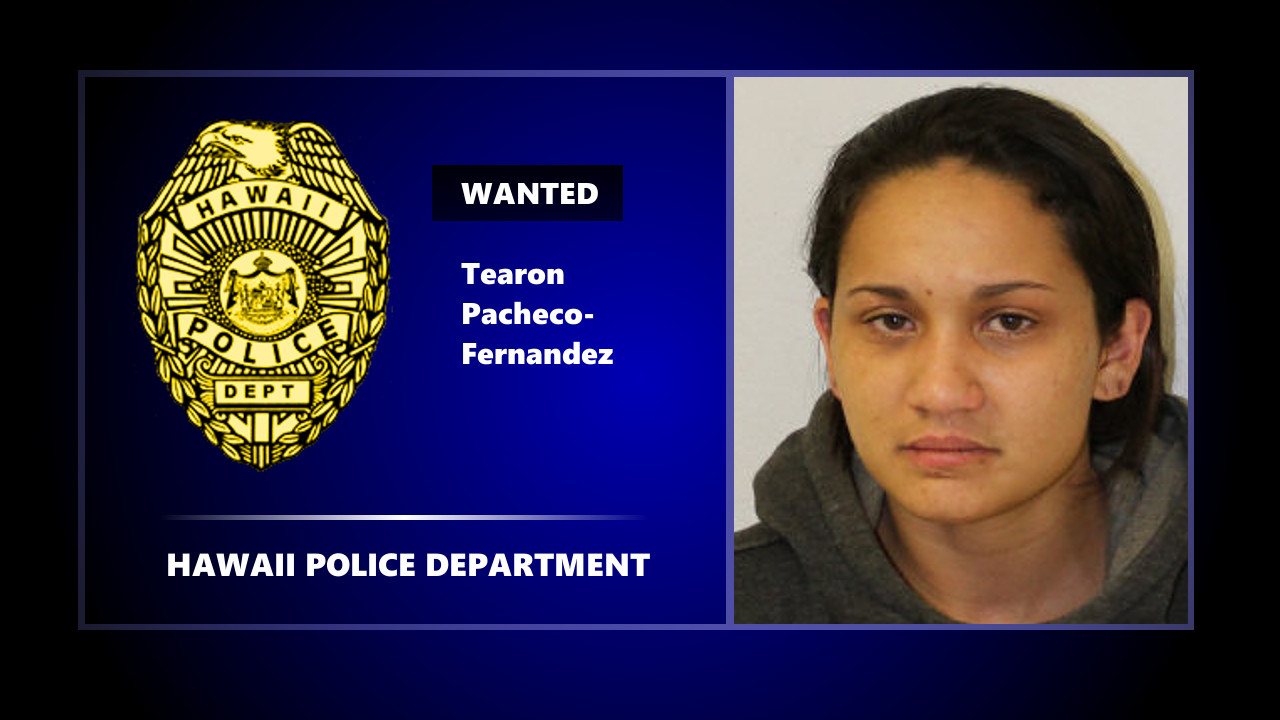 (BIVN) – An officer-involved shooting occurred in Hilo on Wednesday, in the parking lot of a busy shopping center off Puainako Street. There were no reports of injuries.

Police sent out an alert to motorists at 12:50 p.m., asking them to avoid the Kanoelehua Avenue entrance to Jack in the Box and Kilauea Avenue at the entrance to KTA. 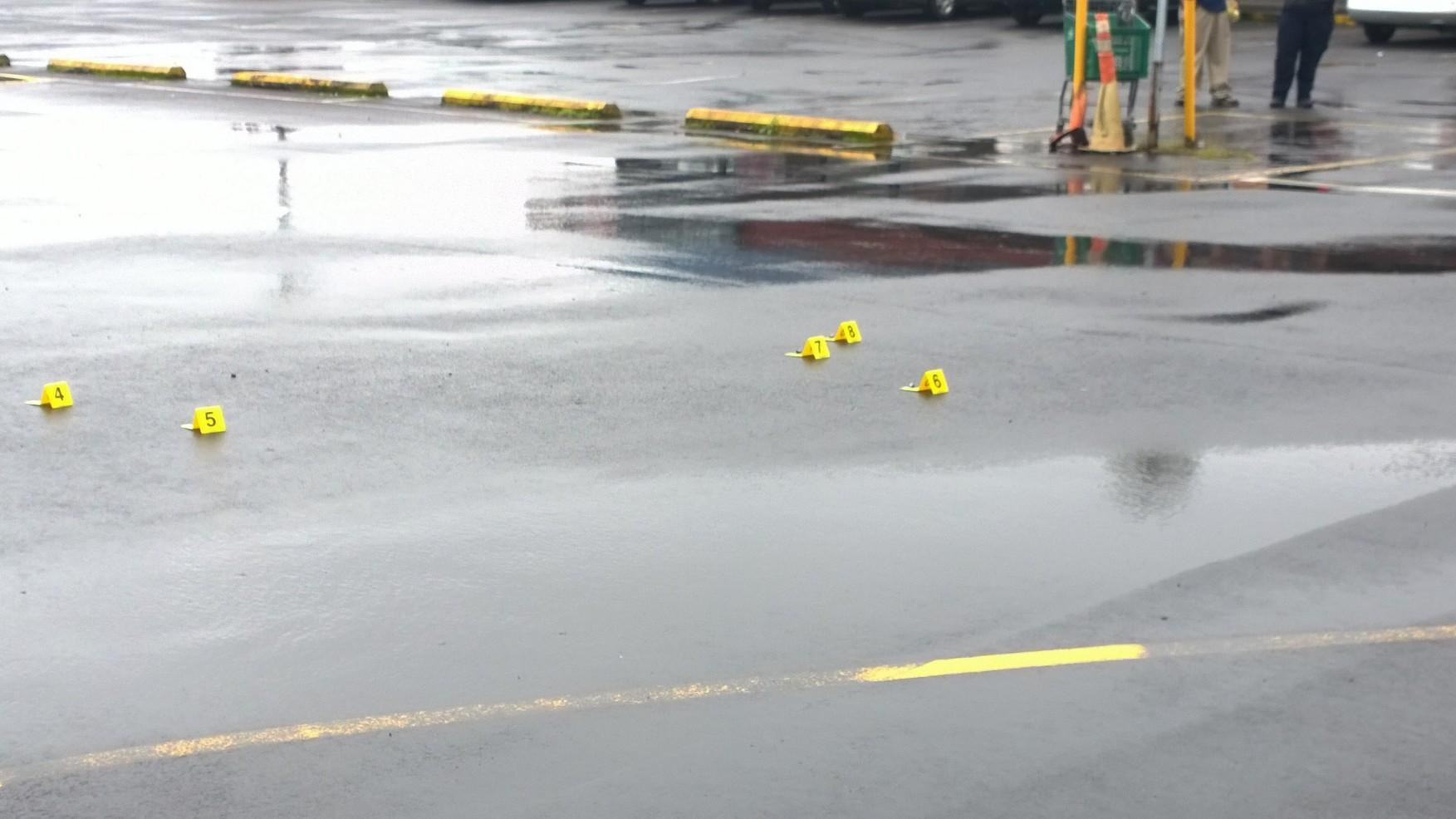 Hawai’i Island Police are investigating an incident that occurred in Hilo involving the discharge of weapons by two on-duty officers.

Today (November 26), at about 12:00 p.m., an off-duty police officer observed a vehicle wanted by police and the subject of an all-points bulletin, driving through a parking lot at 50 East Puainako Avenue, and notified officers of his location.

South Hilo patrol officers and personnel from the Special Enforcement Unit arrived at the parking lot and attempted to stop the Toyota pickup truck. However, it drove towards an officer who discharged his service weapon. The pickup truck drove past the officer and struck a parked vehicle and then skidded into the driveway of Jack in the Box, where the driver reversed and nearly struck another patrol officer.  The patrol officer discharged his service weapon. However, the truck continued west towards the Kilauea Avenue exit and struck a passenger car stopped in traffic.

A short pursuit by a patrol officer was terminated due to hazardous road and traffic conditions.

The Toyota truck was last seen headed in the south or Puna direction on Kilauea Avenue.

The driver of the sedan struck by the Toyota truck was a 71-year-old Hilo who was uninjured.

The patrol officer who discharged his weapon is a 6-year veteran of the department, and the other plain-clothed officer is a 15-year veteran. Neither of the officers were injured during the confrontation with the vehicle or the weapons discharge.

Detectives from the Area I Criminal Investigation Section responded to the scene and are continuing the investigation, which is currently classified as first-degree attempted murder.

Detectives from the Office of Professional Standards are also conducting an independent administrative investigation as the result of the weapon discharge.

Police are looking for 24-year-old Tearon Pacheco-Fernandez, who frequents the Puna and Hilo areas.  She is described as a local female, about 4-feet-9-inches tall, weighing about 110 pounds, medium-length black hair, and a tan complexion. Pacheco-Fernandez is wanted on two outstanding warrants and also for questioning in connection to another similar incident in which she allegedly rammed an unmarked police vehicle. Police warn the public against confronting Pacheco-Fernandez and instead to call police at (808) 935-3311 and provide her location and other pertinent vehicle information.

Anyone who may have seen the incident or may have seen the Toyota truck, which is further described as a lifted Tacoma Extra-Cab pickup, spray-painted grey with factory front rims and blacked-out rear rims, with the rear plate ZCT-556 and the front plate  HDZ-877. The truck was believed to have been stolen from a business on Makalika Street, Hilo, in early November.

Police are asking that witnesses who may have seen the Tacoma leaving the area or may have any other information about this incident are asked to call Detective Wendall Carter at (808) 961-2383 or email wendall.carter@hawaiicounty.gov.