HAWAIʻI ISLAND - A High Surf Advisory is in effect for north facing shores of Hawaiʻi Island, and a Marine Weather Statement has been issued. 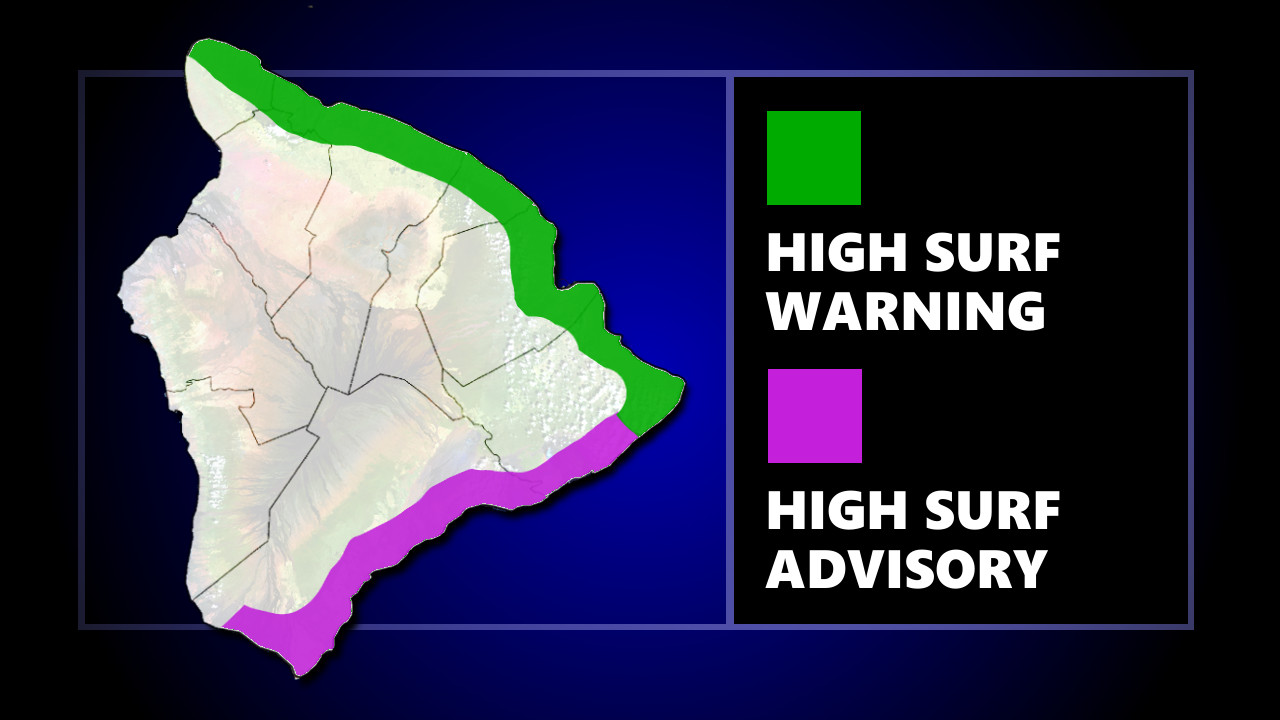 UPDATE (10 a.m.) – The National Weather Service in Honolulu has issued a High Surf Warning for north-facing shores and a High Surf Advisory for east-facing shores of the Big Island. Surf will be building to 20 to 28 feet and peaking this afternoon into the evening, forecasters say.

On Sunday morning, Hawaiʻi County Civil Defense said that due to the rising surf, Hilo Bayfront Highway is closed. Also closed: Coconut Island, Onekahakaha and Kealoha / 4 Miles in Keaukaha. Other roads and beaches may close at any time, officials say.

A combination of a large, long-period north swell, local wind waves generated by the strong trade winds, and a large short-period northeast swell will produce elevated and rough surf along north and facing shores through early Monday morning. The surf may diminish slightly on Monday, but the High Surf Advisory will likely be extended for these same shorelines into Monday afternoon.

The swell could impact north facing harbors, including Hilo, through early Monday. “These swells and local wind waves produced by the strong trade winds will also likely generate very large breaking waves near the harbor entrances,” the National Weather Service reported in a Marine Weather Statement. “Mariners using these harbors should exercise extra caution when entering or leaving port, and while mooring or launching vessels.”

On Saturday, Hawaiʻi County Civil Defense said that affected beaches and roadways may close without notice.