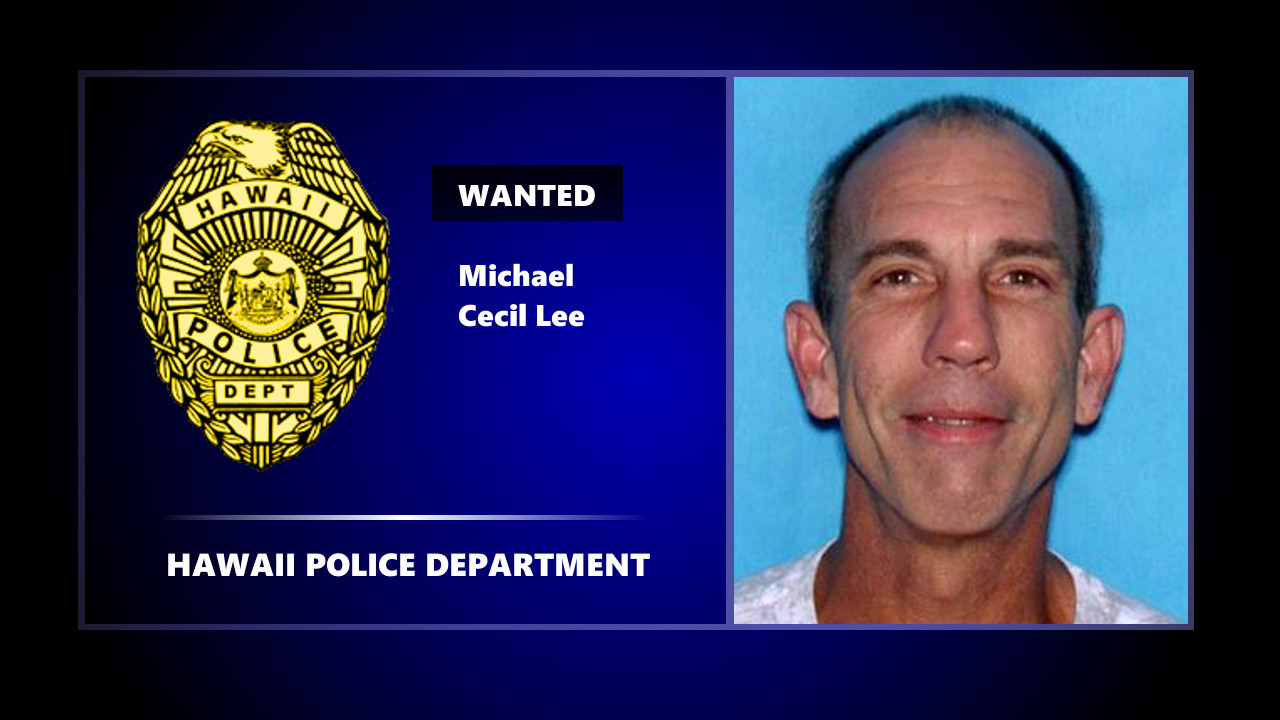 PUNA, Hawaiʻi - Police are looking for 55-year-old Michael Cecil Lee, who should be considered armed and dangerous, following the discovery of the deceased Shingo Honda in Orchid Isle Estates.

(BIVN) – Hawaiʻi Island police are asking for the public’s help in locating a wanted individual for questioning in a murder investigation, following the discovery of a body in the Orchid Isle Estates subdivision in Puna.

Police are looking for 55-year-old Michael Cecil Lee of Puna. He is described as being 5-feet-11-inches, 150 pounds with grayish-brown hair and brown eyes. The public is advised against approaching Lee, who should be considered armed and dangerous, police say.

On Wednesday evening, Puna patrol officers responded to Orchid Isle Estates for a report of a missing elderly male. Officers located the male’s deceased body several hundred yards from the residence. Through fingerprints, he was identified as 75-year-old Shingo Honda.

An autopsy was performed on Friday morning and the case was classified as a murder.

Detectives with the Area I Criminal Investigation Section are continuing this investigation. Anyone who may have information about this incident or the location of Lee is asked to call the Police Department’s non-emergency line at (808) 935-3311 or Detective Todd Pataray at (808) 961-2382 or todd.pataray@hawaiicounty.gov.