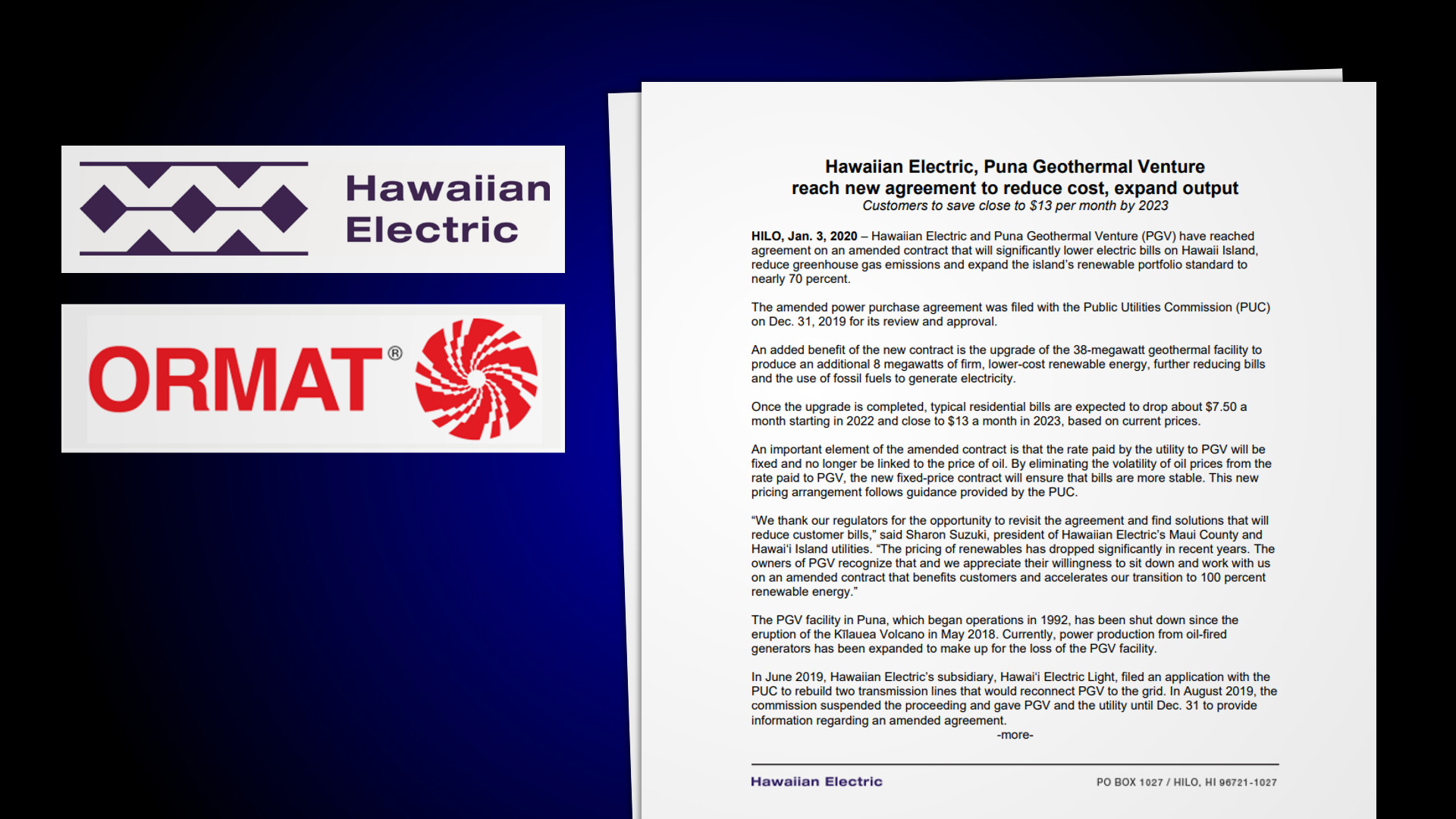 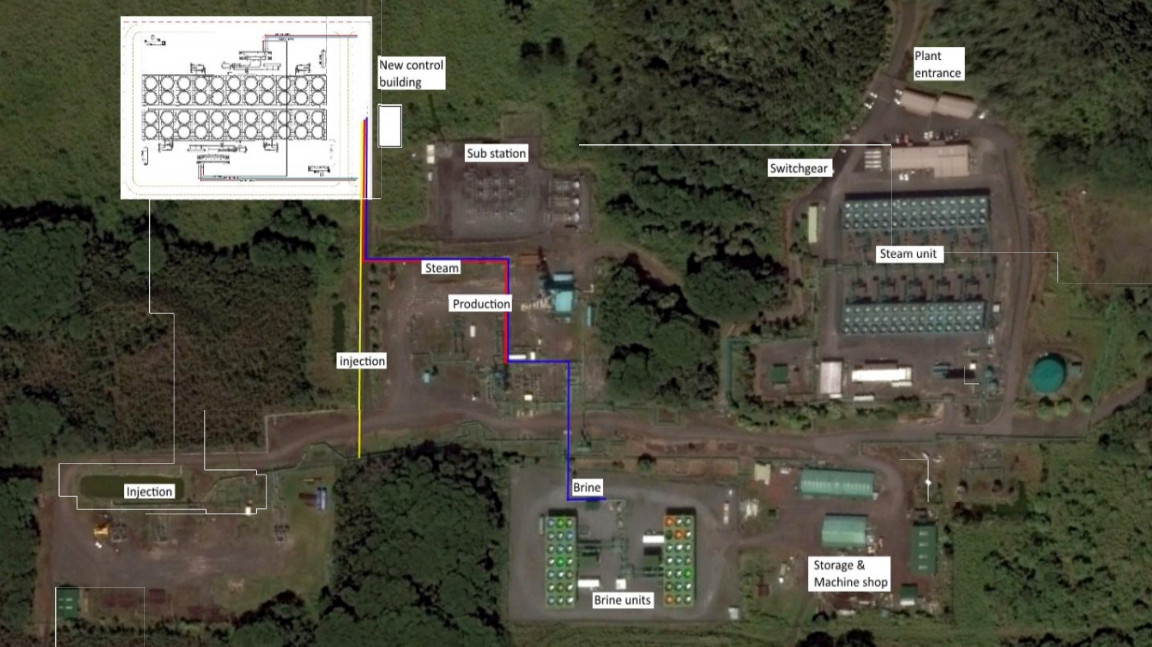 The PGV facility was shut down and partially inundated by lava during the 2018 eruption of Kīlauea on the Lower East Rift Zone. PGV expects to resume operations in 2020, providing all Hawaiʻi Public Utilities Commission regulatory approvals are granted.

According to a Hawaiian Electric media release:

An added benefit of the new contract is the upgrade of the 38-megawatt geothermal facility to produce an additional 8 megawatts of firm, lower-cost renewable energy, further reducing bills and the use of fossil fuels to generate electricity.

Once the upgrade is completed, typical residential bills are expected to drop about $7.50 a month starting in 2022 and close to $13 a month in 2023, based on current prices.

An important element of the amended contract is that the rate paid by the utility to PGV will be fixed and no longer be linked to the price of oil. By eliminating the volatility of oil prices from the rate paid to PGV, the new fixed-price contract will ensure that bills are more stable. This new pricing arrangement follows guidance provided by the PUC.

On the last day of the year 2019, Hawaiian Electric (previously the Hawaiʻi Electric Light Company, or HELCO) filed an amended power purchase agreement with the Hawaiʻi Public Utilities Commission for its review and approval. The docket number is 2019-0333.

“We thank our regulators for the opportunity to revisit the agreement and find solutions that will reduce customer bills,” said Sharon Suzuki, president of Hawaiian Electric’s Maui County and Hawai‘i Island utilities. “The pricing of renewables has dropped significantly in recent years. The owners of PGV recognize that and we appreciate their willingness to sit down and work with us on an amended contract that benefits customers and accelerates our transition to 100 percent renewable energy.”

The existing contract between Hawaiian Electric and PGV expires in 2027 and remains in place until it is succeeded by the amended contract when the upgrade is completed in 2022. The proposed amended contract would expire in 2052.

The plant’s additional production will also displace about 160 million gallons of oil over the life of the contract, significantly reducing greenhouse gas emissions.

At the same time, the related Hawaiʻi PUC docket 2019-0119 – a HELCO application for approval to construct 69 Kv overhead transmission line segments to reconnect PGV to the grid – was resumed. The docket was suspended in August pending additional information on the new geothermal power purchase agreement.

In its order resuming the transmission line docket, the PUC also denied a motion to intervene by Tawhiri Power LLC, a company that sells power generated by its Kaʻū windfarm to HELCO. According to PUC documents, Tawhiri stated “that if HELCO’s proposed transmission project is approved, it may result in HELCO curtailing production from Tawhiri’s wind farm, which ‘has the potential to financially ruin’ Tawhiri’s investment in the windfarm.”

The PUC instead decided to grant Tawhiri “participant status in lieu of intervention.”

Meanwhile, the Puna Pono Alliance and other community members are demanding further environmental review as a condition precedent to PGV’s request for an air pollution permit renewal. Puna Pono argues that the Environmental Impact Statement produced in 1987 “is no longer valid” following the 2018 eruption, “because the present situation has changed substantively from that addressed by the 1987 EIS in many matters that may have a significant effect.”

The Hawaiʻi Department of Health requested a January 22, 2020 deadline to make a decision on whether an environmental review is required.