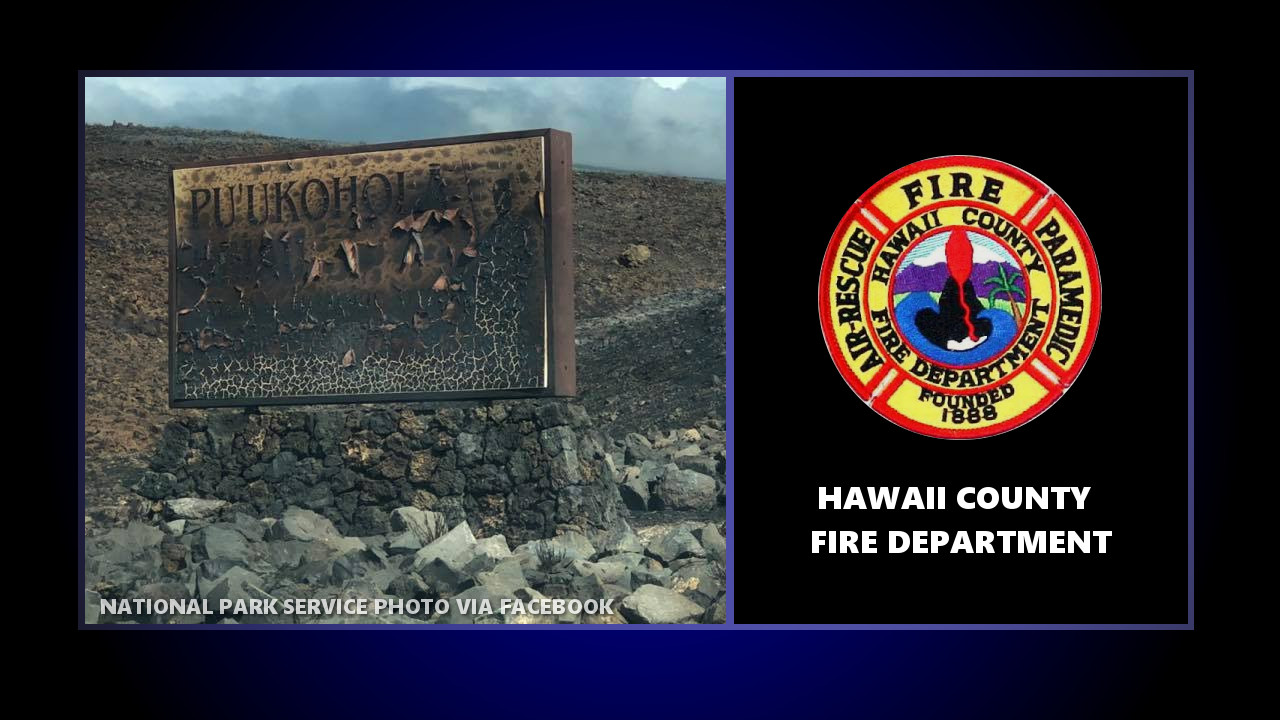 graphic by BIVN, photo of burned Puʻukohola sign from NPS on Facbeook

KOHALA COAST, Hawaiʻi - The home to the treasured Puʻukohola Heiau was impacted by a recent brush fire, and has had to close, National park service officials say.

The brush fire occurred Thursday afternoon, according to a Hawaiʻi County Fire Department news dispatch. A “pickup truck on fire” ignited the blaze at the entrance of the Puʻukohola Heiau NHS and Spencer Beach Park.

Northeast winds of 25 to 35 mph helped spread the fire across 25 to 30 acres, but the blaze was brought under control in about two hours. A crew from Hawaiʻi Volcanoes National park was sent to monitor for any flare ups.

The Puʻukohola Heiau National Historic Site is now being assessed by fire crews this morning. Today, the park was closed and the whale program was cancelled, the National Park Service said.