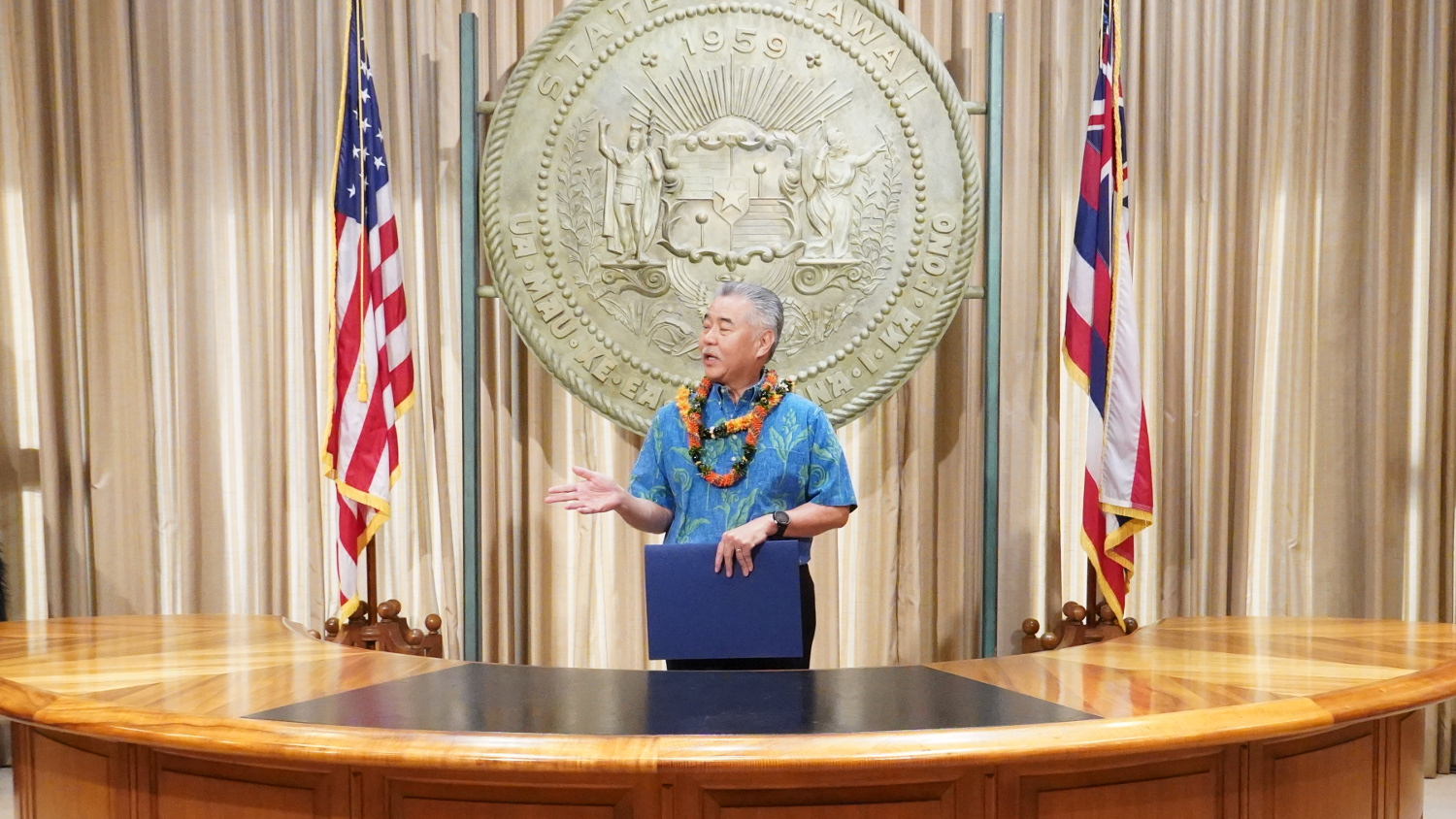 Governor Off To Japan To Talk TMT, Pre-clearance Flights To Hawaii

HONOLULU, Hawaiʻi - The governor wants to make travel to Hawai‘i easier through pre-clearance flights from Japan to Hawai‘i and the U.S.

(BIVN) – Governor David Ige is leaving Hawaiʻi today for Japan, where he will discuss matters of economic interest for the islands.

The office of the governor reports Ige will take part in a series of meetings “to promote and expand travel to Hawai‘i, and make access easier through pre-clearance flights from Japan to Hawai‘i and the U.S.” The state says approximately 1.5 million visitors come to Hawai‘i annually, spending about $2.5 billion a year.

“While in Japan, the governor will also meet with key stakeholders of the Thirty Meter Telescope to provide updates on the project,” the office says.