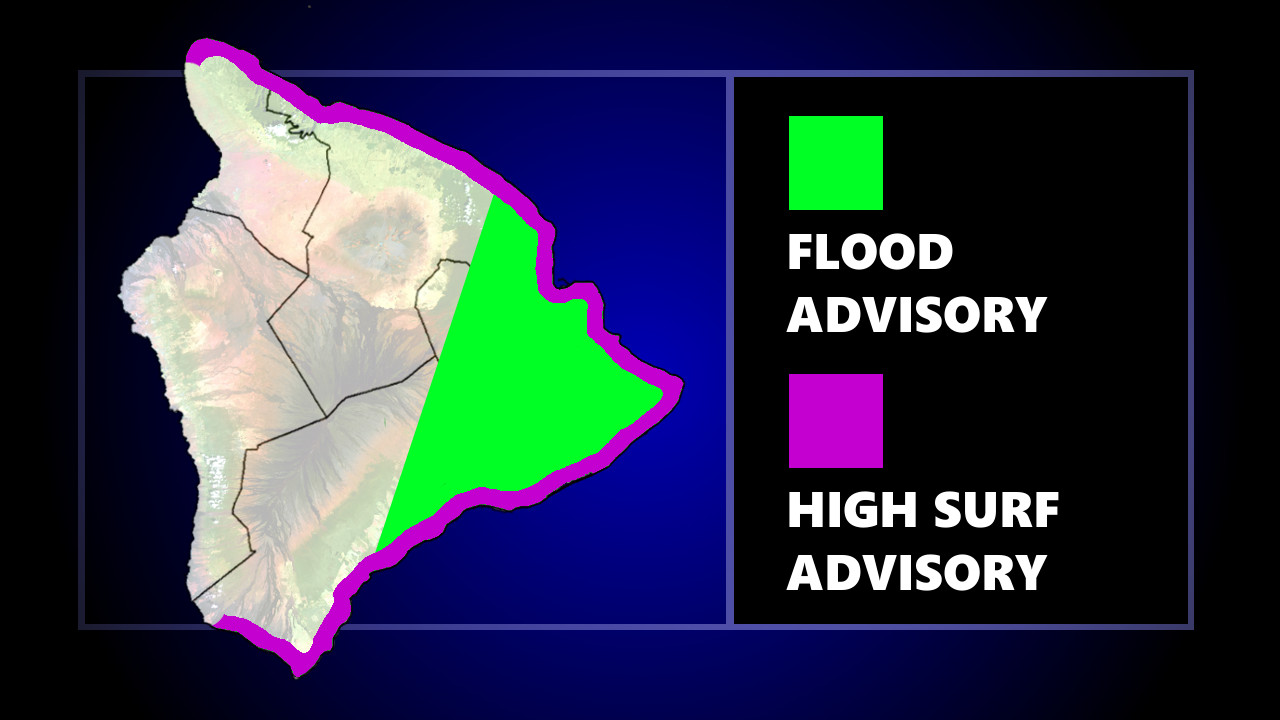 HAWAIʻI ISLAND - Rain continues to fall at rates of 1 to 2 inches per hour, over an already-soaked windward Hawaiʻi island.

UPDATE (5 p.m.) – The Flood Advisory is no longer in effect, however the High Surf Advisory remains in place.

(BIVN) – The National Weather Service in Honolulu has again extended the Flood advisory the island of Hawaiʻi into Tuesday afternoon.

The area under the advisory has shifted a little to the southeast to now include parts of Kaʻū, but remains confined to East Hawaiʻi.

At 9:47 a.m. HST, forecasters reported, radar indicated moderate to heavy rain was falling over portions of the Hilo, Puna, and Kaʻū districts of the Big Island. Rain was falling at a rate of 1 to 2 inches per hour.

A High Surf Advisory is also in effect for east-facing shores.