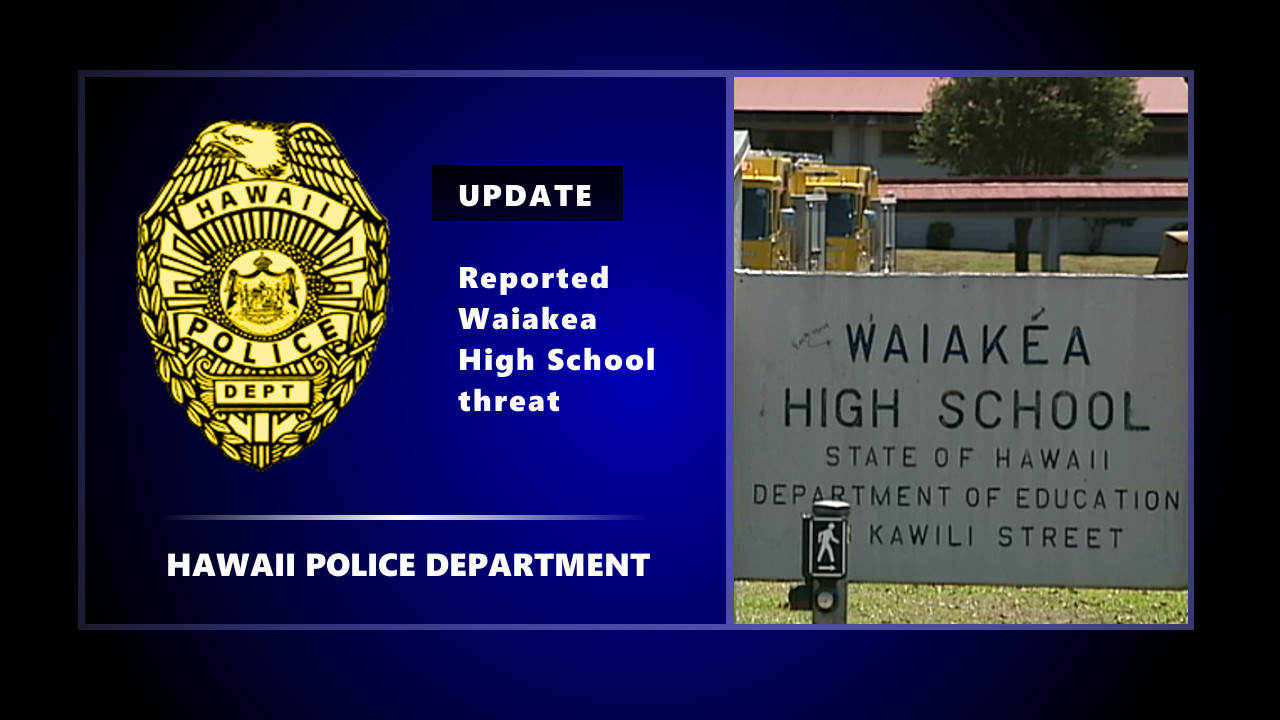 Threat To School On Bathroom Wall Investigated By Police

HILO, Hawaiʻi - A threatening message written on a bathroom wall at the Waiakea High School is being taken seriously by police and school officials.

(BIVN) – A reported threat, found written on a bathroom wall in Waiakea High School, is being taken seriously by officials.

This media release was issued by the Hawaiʻi County Police on Wednesday evening:

Hawaii Island Police responded to a report of a threatening message written on a bathroom wall at the Waiakea High School (03-04-2020).

The school authorities reported finding a written message at about 1:50 PM and reported the finding to the police. The message threatens shooting the school with a date of 03-05-2020. No one was directly mentioned in the threat which remains very broad in scope.

The message was hidden behind the stall door and scribed on the stall wall. It is not determined when the message was written. Police are taking the threat seriously, as is the school and certain measures for tomorrow will be in place to prevent any trouble.

Currently, there are no suspects. The school has no plans to close tomorrow and parents should expect an increased police presence at the school with the goal of keeping our children safe.

Any threat made toward any school, person, or entity is taken seriously and the police caution that these kinds of messages are unacceptable and bring with it state and federal laws that are prosecutable with such a threat.

Social media sites are already publishing this incident, which makes it more concerning to law enforcement and the school. “All social media does in these circumstances is bring popularity to the message, which should be discouraged, since it threatens our children at the school” said South Hilo Patrol Captain Kenneth Quiocho. “The school should be a safe environment for our keiki, but people like this threaten that environment and we will not stand for that”.

Police are asking anyone with information on this matter to call police, or CrimeStoppers 961-8300 where the caller can remain anonymous.

The matter remains under investigation by police and school authorities.