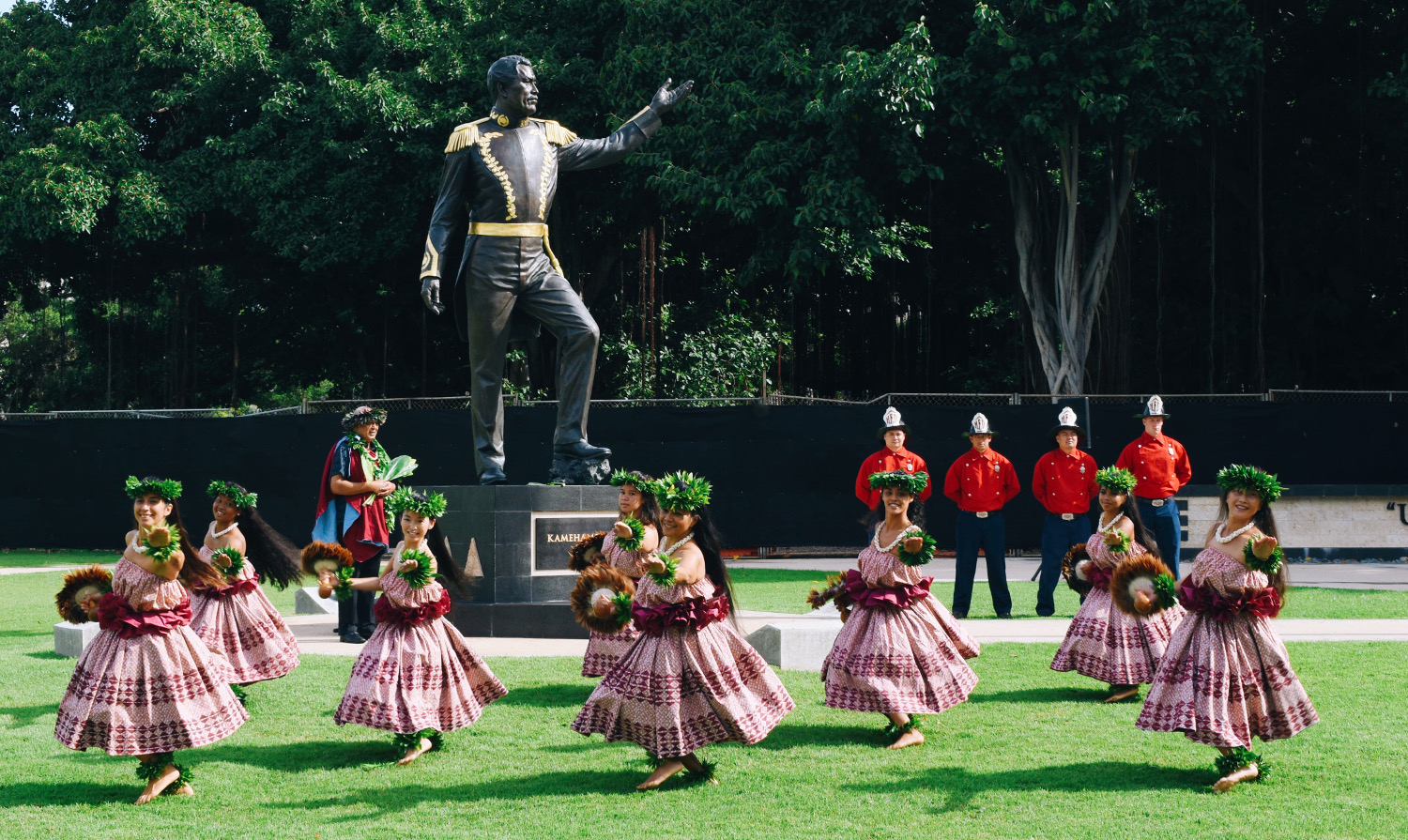 (BIVN) – Another event on Hawaiʻi Island has been canceled due to the COVID-19 pandemic.

Kamehameha Schools announced on March 13 that – after careful consideration – it was decided to cancel the 20th birthday tribute to Kauikeaouli scheduled for March 17-21 at Keauhou Bay.

Kauikeaouli would become Kamehameha III and he was born at Keauhou Bay, a Kamehameha Schools media release said. This year’s event would’ve been the 20th annual tribute.

“It is with deep regret that we take this action to cancel an event honoring Kauikeaouli’s foresight and wisdom and the role he played in supporting education and working to lift all of Hawai‘i,” said KS West Hawai‘i Regional Director Kaimana Barcarse. “We are closely following the evolving public health situation and monitoring guidance from state and federal health officials. We appreciate the support of the community and our partners.”

“The health and safety of Hawai‘i’s residents is a priority for Kamehameha Schools. This includes taking measures to avoid unnecessary risks to ensure the well-being of our partners, employees and community at-large,” Barcarse said in the media release. “We do not take this action lightly as we acknowledge the hard work that has gone into this event. We look forward to gathering with the community to celebrate our ali‘i next year.” 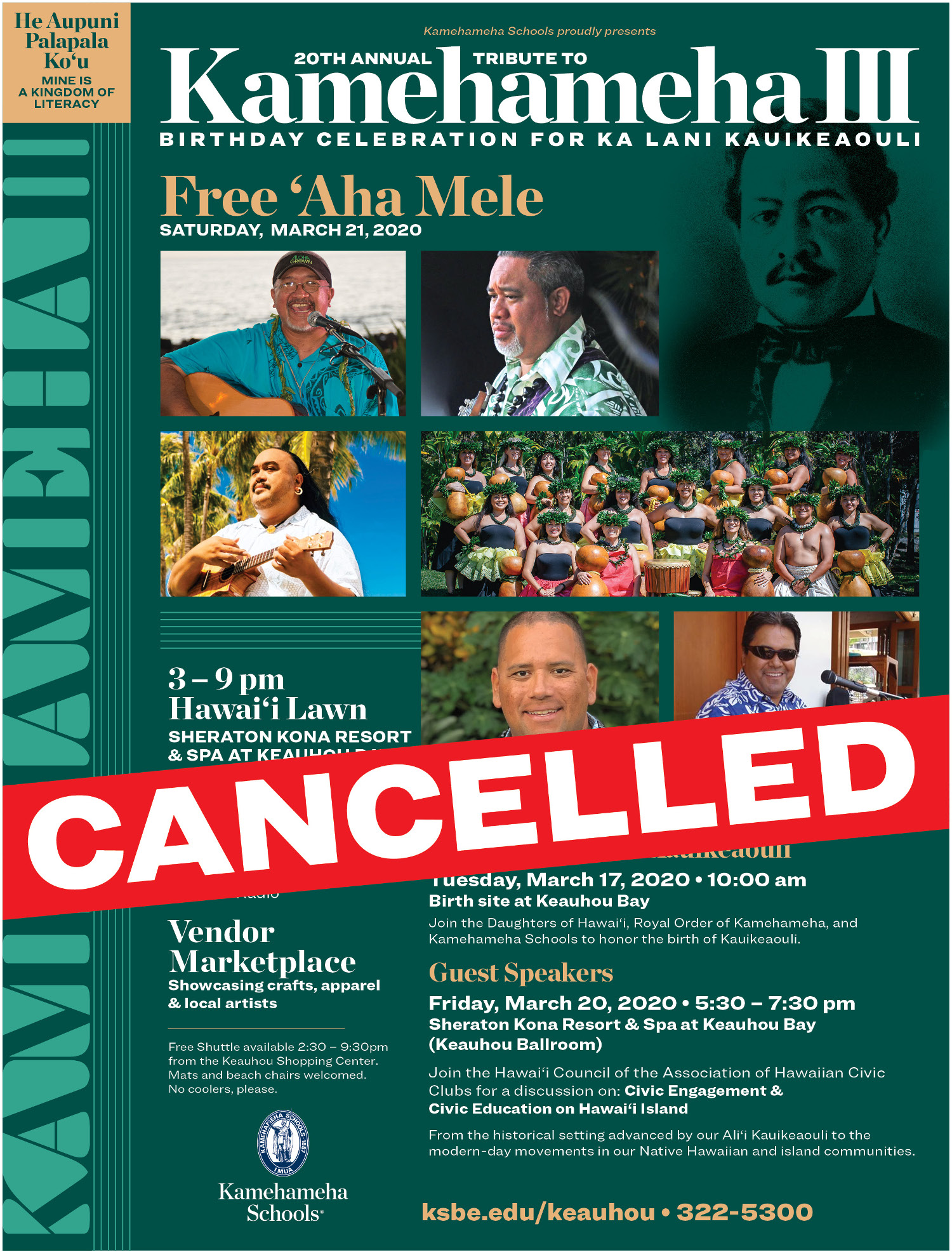