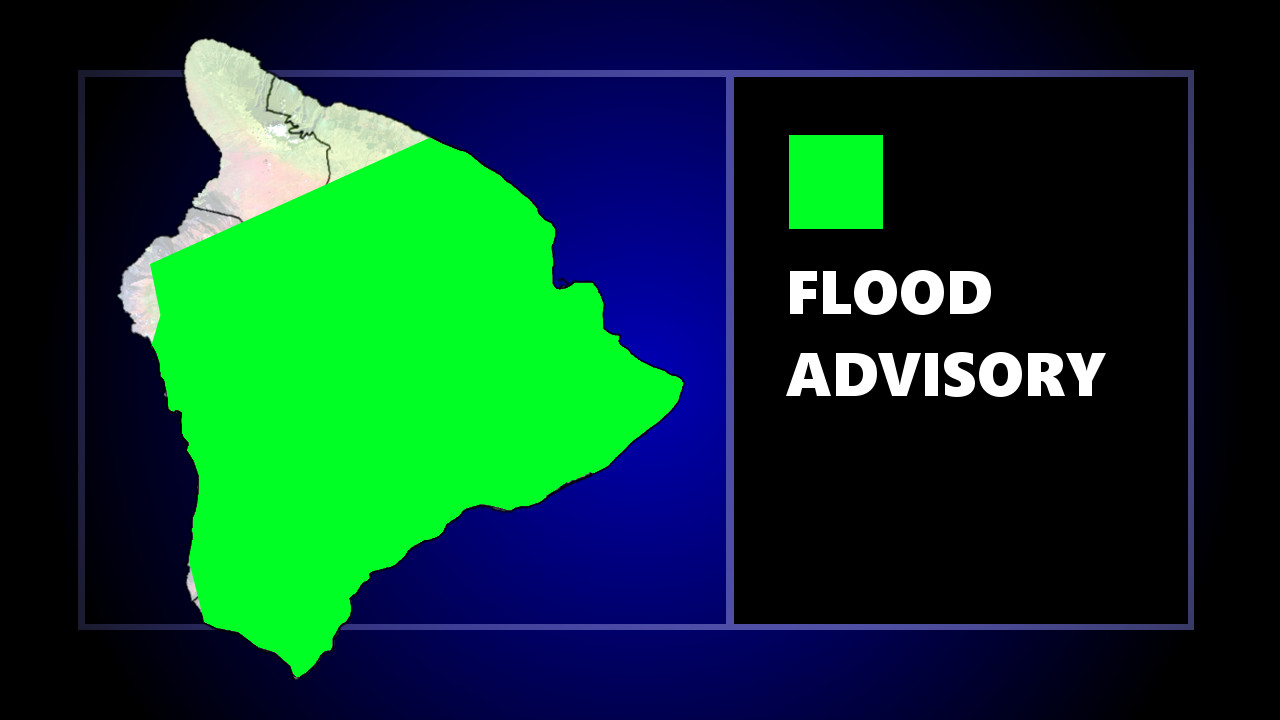 (BIVN) – The National Weather Service in Honolulu has issued a Flood Advisory for most of the island of Hawaiʻi until 4:15 p.m. HST.

“At 112 PM HST, radar indicated areas of moderate to heavy rain developing over a large portion of the Big Island, with the heaviest rain affecting the Puna and Hilo districts,” forecasters wrote at 1:18 p.m. on Sunday. “Other locally heavy showers will affect upslope portions of the Kona and Kau districts, with rainfall rates between one and two inches per hour.”

Locations in the advisory include but are not limited to Hilo, Pepeʻekeo, Keaʻau, Orchidland Estates, Hawaiian Paradise Park, Kāwā Flats, Pāhoa, Hawaiian Acres and Pōhakuloa Camp.

“Stay away from streams, drainage ditches and low lying areas prone to flooding,” the National Weather Service says. “Rainfall and runoff will also cause hazardous driving conditions due to ponding, reduced visibility and poor braking action.”

The National Weather Service wrote this in its 11:56 a.m. discussion:

The forecast for today was updated to increase expected rain and thunderstorm chances over the Big Island this afternoon, and to include winter weather over the Big Island summits as deep convection is expected to develop over the slopes. Otherwise, expect some briefly heavy downpours, mainly over windward areas, but if trades succumb to leeward sea breezes this afternoon on the smaller islands, a leeward shower can’t be ruled out.