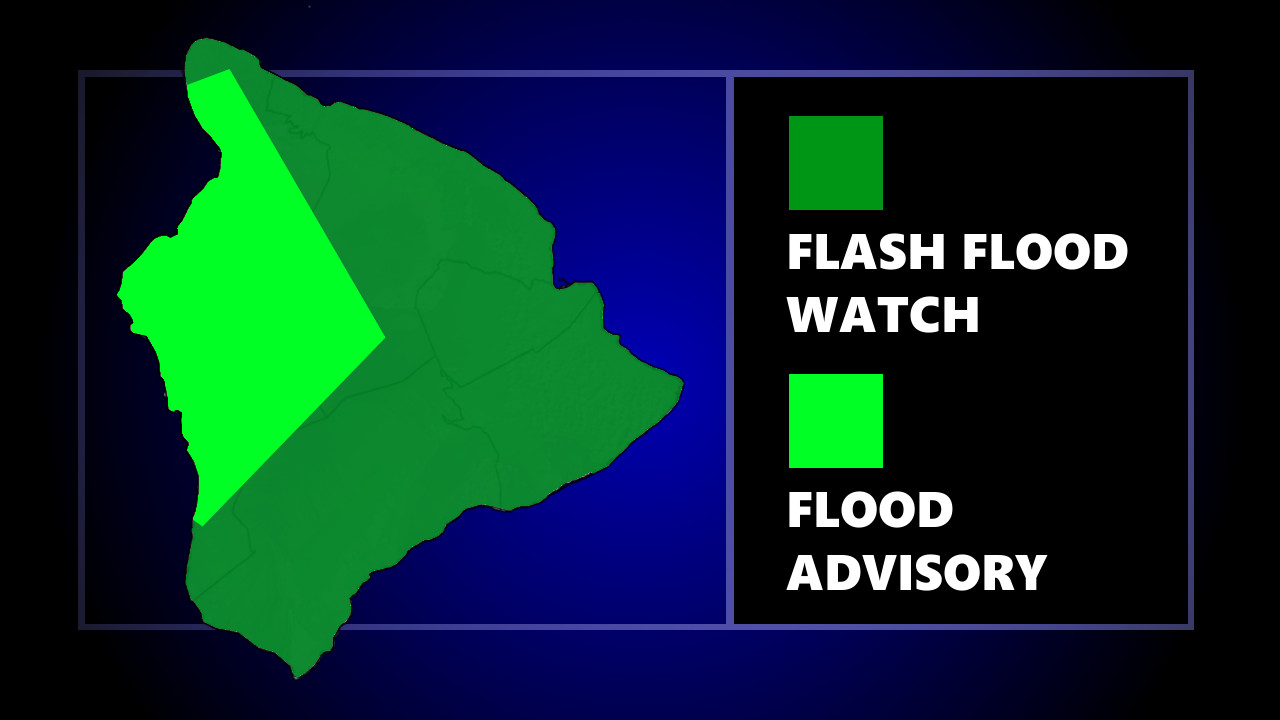 HAWAIʻI ISLAND - An upper level disturbance will produce periods of slow moving heavy rain and thunderstorms across the islands through tonight, forecasters say.

(BIVN) – A Flood Advisory was issued for an area of West Hawaiʻi on Tuesday evening, as a Flash Flood Watch remains in effect for the entire island of Hawaiʻi.

The National Weather Service in Honolulu reported that at 3:36 p.m. HST, “radar indicated heavy rain over leeward Big Island slopes between Captain Cook and Waimea. Rain was falling at a rate of up to 2 inches per hour. Additional heavy rainfall is expected through the remainder of the afternoon.”

Forecasters are keeping a Flash Flood Watch in place for the island through late tonight, saying “an upper level disturbance will produce periods of slow moving heavy rain and thunderstorms across the islands through tonight. These heavy rains could lead to flash flooding and elevated stream levels.”

Due to the Flood Advisory, the Hawaiʻi County Civil Defense said the following are issued: