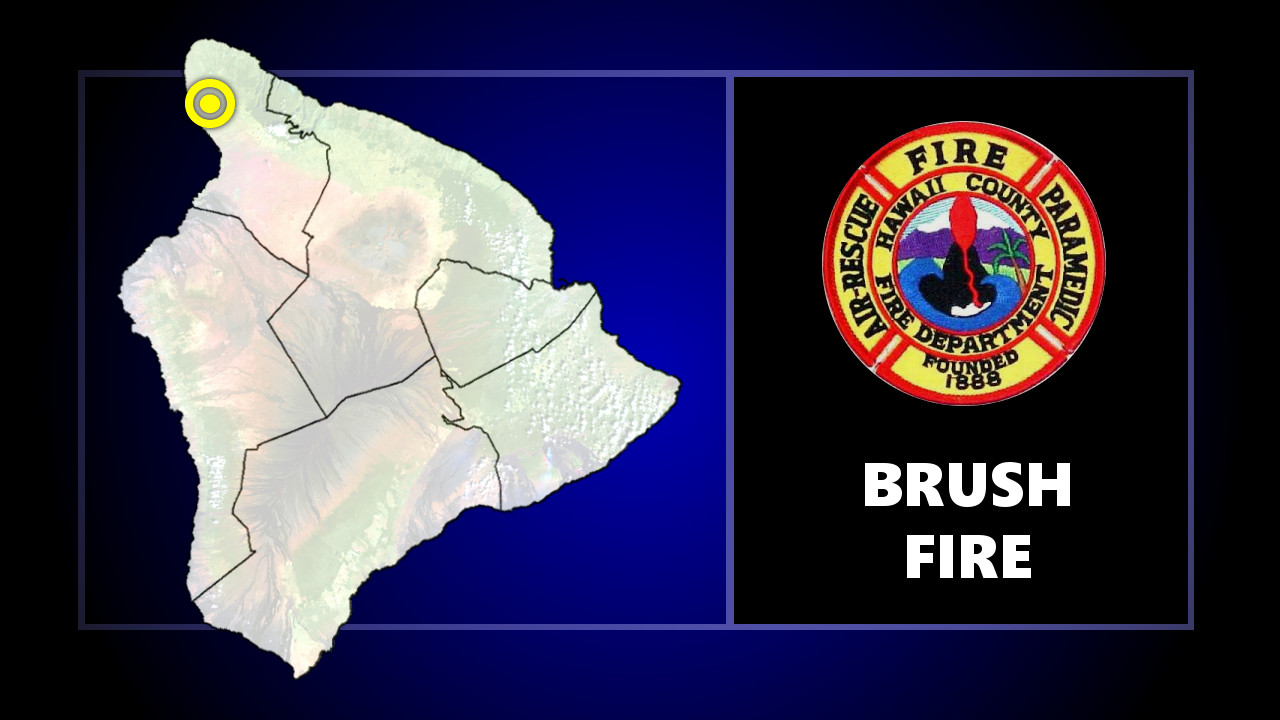 (BIVN) – A brush fire burning mauka of Akoni Pule Highway in North Kohala on Thursday was only partly contained heading into the evening, the Hawaiʻi County Fire Department reported, and no structures were involved.

Yesterday, Hawaiʻi County Civil Defense issued an alert, reporting fire crews were battling a blaze between Kohala by the Sea and Kohala Ranch. Motorists were asked to avoid the area as firefighters worked to protect nearby structures.

As of last night, there were no reported evacuations.

Fire helicopters were utilized for water drops, while dozers worked to create fire breaks. Approximately 400 acres burned with 60% containment at time of the Thursday evening news release. No structures were involved, the fire department said.

The fire dispatch reported “arcing electrical wires” ignited surrounding brush, resulting in what was initially a half-acre fire. Winds then moved the fire upslope as the first firefighters responded to the scene.