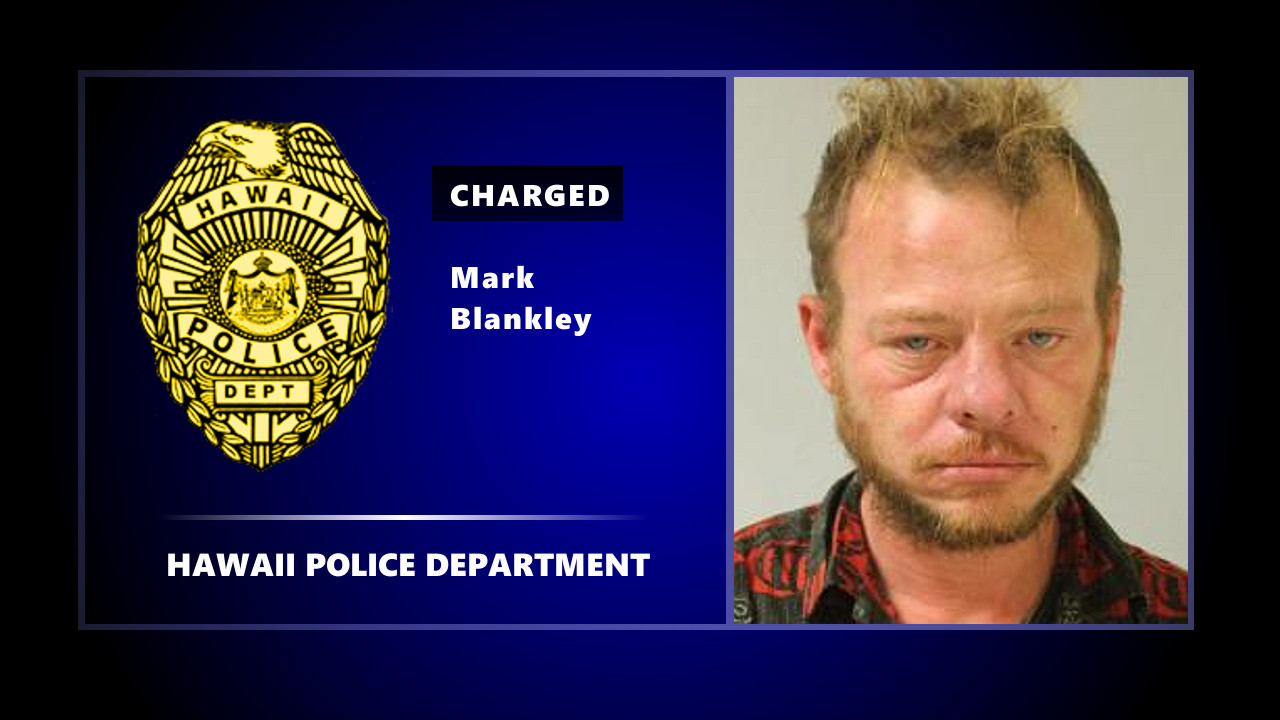 PĀHOA, Hawaiʻi - A 37-year-old Pāhoa man was arrested on Saturday after police say he injured four grocery store employees with a shopping cart.

(BIVN) – A Puna man, who police say injured four Pāhoa grocery store employees with a shopping cart before coughing and spitting in their faces “while telling them that he had the Corona Virus,” has been arrested and charged.

On Saturday (April 24) at approximately 2:45 p.m., Hawaiʻi Island Police report that 37-year-old Mark Blankley of Pāhoa was arrested for Robbery 1, Terroristic Threatening 1, Place to Keep Ammunition, Theft 4, and Promotion of a Detrimental Drug 3 after he attempted to steal food items from a Pāhoa grocery store.

Blankley injured four store employees with a shopping cart during the incident and proceeded to cough and spit in their faces while telling them that he had the Corona Virus.

Since this incident occurred during the Governor’s Emergency Proclamation, the Robbery offense was enhanced to a class A felony.

Blankley was subsequently charged for all offenses and bail has been set at $31,500.00. He is presently at the Hilo Police Station Cellblock, awaiting the next court appearance.