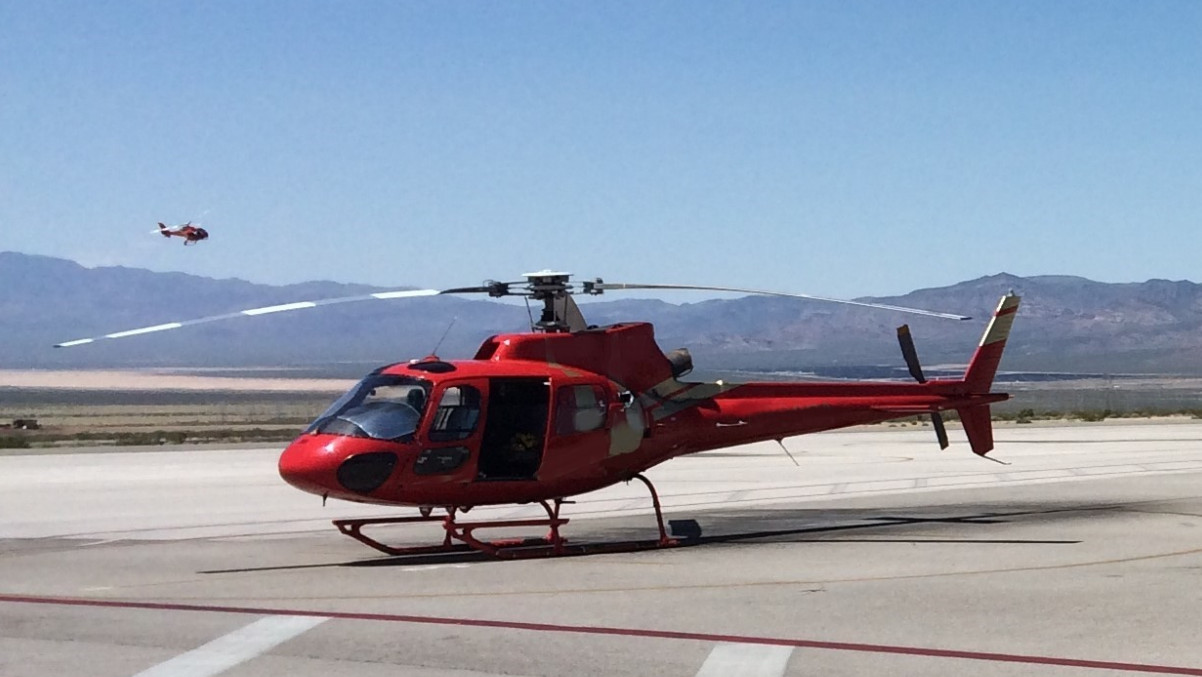 WASHINGTON D.C. - The United States Court of Appeals for the District of Columbia Circuit ruled that the FAA and National Park Service must complete Air Tour Management Plans.

HICoP, or the Hawaii Island Coalition Malama Pono, a non-profit “with the sole purpose of returning serenity to Hawaii free from tour copter noise nuisance pollution and safety from tour copter crashes”, reported on Friday that The United States Court of Appeals for the District of Columbia Circuit returned a favorable ruling.

HICoP joined with PEER, Public Employees for Environmental Responsibility, in a lawsuit over the FAA and National Park Service failure to implement mandated Air Tour Management Plans for parks, including Hawaiʻi Volcanoes National Park, which HICoP says is the most tour copter impacted park in the nation.

The court provided this background in its ruling:

Congress directed the agencies to act with dispatch. The Act provides that the FAA “shall make every effort to act on [an] application . . . and issue a decision . . . not later than 24 months after it is received or amended.” Id. § 40128(a)(2)(E). But because Congress recognized that this process couldn’t be completed overnight, the Act also allowed the FAA to grant “interim operating authority,” id. § 40128(c)(1), (c)(3), to existing tour operators so they “would not be put out of business,” Notice of Final Opinion on the Transferability of Interim Operating Authority Under the National Parks Air Tour Management Act, 72 Fed. Reg. 6,802, 6,803 (Feb. 13, 2007).

The agencies’ efforts to comply with the Act got off to a promising start. In 2000, they established the National Park Overflights Advisory Group, and by 2002, they had published a rule defining “commercial air tour operations” and launching a permit application system. See National Parks Air Tour Management, 67 Fed. Reg. 65,662 (Oct. 25, 2002). But trouble began to brew when the agencies started to respond to the operators’ applications. Each agency prioritized different goals and sought to retain as much control over the process as possible. See Lusk Decl. ¶ 45; Trevino Decl. ¶¶ 21-24. The FAA emphasized air traffic safety; the NPS, protecting park resources and visitor experience. As a result, the agencies bickered over everything from responsibility for making certain NEPA determinations to the proper metric for measuring baseline noise levels. For example, the NPS “sought sole jurisdiction” over environmental “impact determinations on park resources,” but the FAA refused to “abdicat[e]” its role in that process or defer to the “park superintendent’s professional judgment.” Lusk Decl. ¶ 45. “The inability to resolve these issues” often brought “work to a standstill.” Id.

To be sure, the agencies kept busy. Despite their infighting, they took steps to establish management plans at sixteen parks, holding stakeholder meetings, drafting documents, and conducting noise studies. But because the agencies “were never able to resolve a number” of their squabbles, id., they never got “beyond [the] initial stages of environmental review” at any park, Gov’t Br. 11, and “never issued a draft [management plan or] NEPA document . . . for public review and comment,” Lusk Decl. ¶ 45.

The court directed the FAA and the 23 national parks – including Hawaiʻi Volcanoes National Park – to come up with a timetable for compliance within 120 days. From the court order:

Left to their own devices, the agencies have failed to comply with their statutory mandate for the past nineteen years. Accordingly, we grant the petition for a writ of mandamus and order the agencies to produce a schedule within 120 days of the issuance of this opinion for bringing all twenty-three parks into compliance. See In re United Mine Workers of Am. Int’l Union, 190 F.3d 545, 554-56 (D.C. Cir. 1999) (ordering an agency to produce a schedule in response to a mandamus petition and retaining jurisdiction); MCI Telecomms. Corp. v. FCC, 627 F.2d 322, 343-46 (D.C. Cir. 1980) (same); Nader, 520 F.2d at 207 (same).

We fully expect that the agencies will make every effort to produce a plan that will enable them to complete the task within two years, as Congress directed. If the agencies anticipate that it will take them more than two years, they must offer specific, concrete reasons for why that is so in their proposal.

The court will retain jurisdiction to approve the plan and monitor the agencies’ progress. After the plan is approved, the agencies are directed to submit updates on their progress every ninety days until their statutory obligations are fulfilled.

The frustration of Hawaiʻi island residents, including members of HICoP, was on display at a meeting concerning the ongoing tour helicopter noise issue in August 2018.