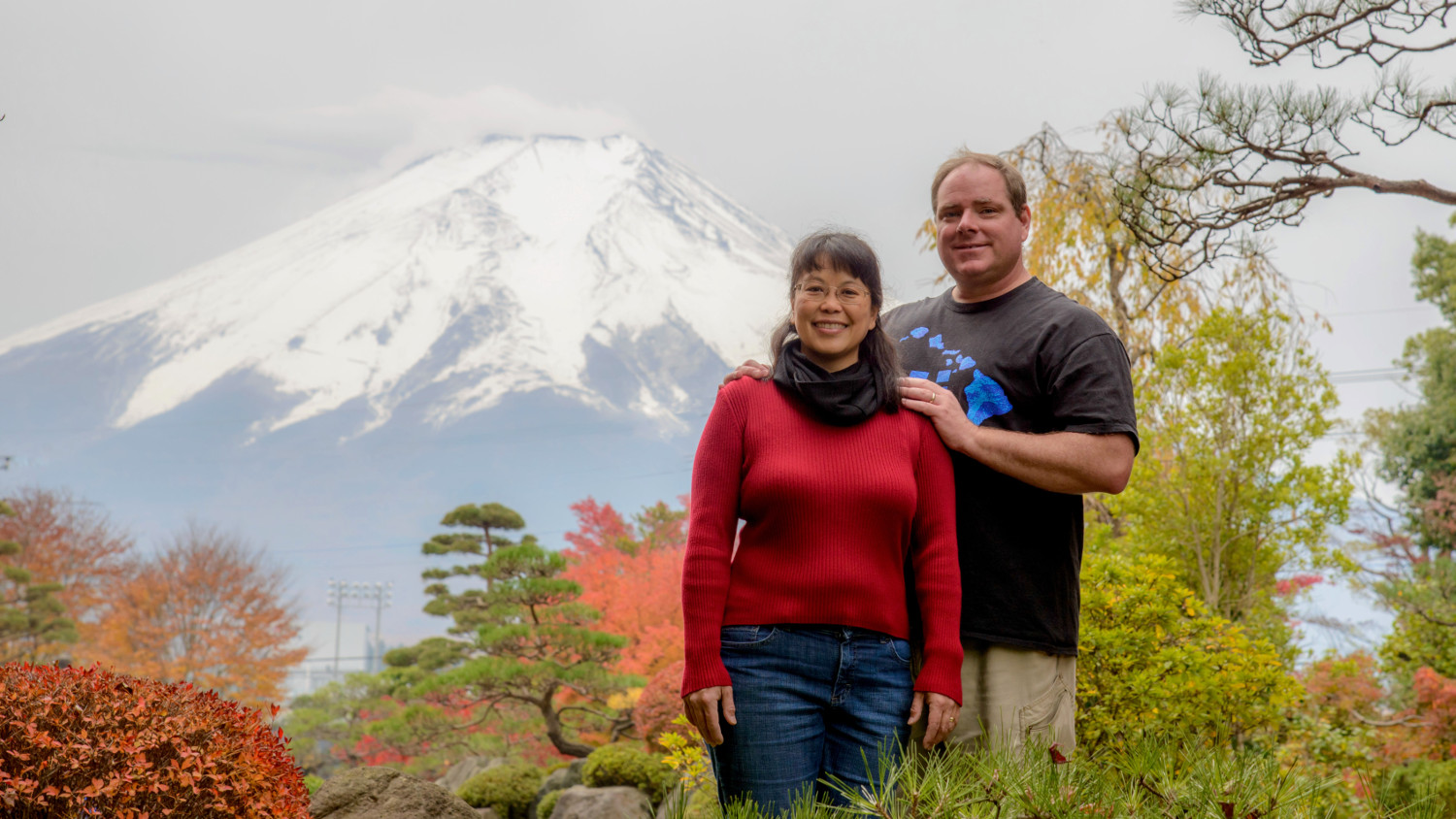 It takes a village to run a volcano observatory. The position of Deputy Scientist-in-Charge (DSIC), once called Operations Manager but always known as the right hand to the Scientist-in-Charge, has long been key to the Hawaiian Volcano Observatory’s success, especially as technology has advanced and staff size increased. Continuing in the tradition of skilled and dedicated leaders including Reggie Okamura, his brother Arnold Okamura, and recently retired Steve Brantley, HVO is proud to welcome David Phillips to the team.

This belated Volcano Watch should have been written in January when David and his wife Francine Coloma, who is a scientist with the National Oceanic and Atmospheric Administration (NOAA), moved to Hilo. David and Fran come (back) to us from Boulder, Colorado where David was a program manager for UNAVCO, the Geodetic Facility for the US National Science Foundation and NASA. There, he oversaw multimillion-dollar facility operations to collect, process and archive geodetic data, led community science activities around the globe, and coordinated earthquake response missions.

In Hawai‘i, David had a leading role installing continuous GPS sites on Mauna Loa Volcano in 2005 as part of a collaborative project involving UNAVCO, USGS and the University of Hawai‘i (UH). He has also installed continuous GPS sites on Kīlauea Volcano, at the Hilo airport, and on O‘ahu and Kaua‘i to support sea level and atmospheric studies in addition to volcano monitoring. Thus, he is no stranger to the challenges and wonders of working on Hawaiian volcanoes with local communities and with profound respect for Hawaiian culture.

While an undergraduate at UH-Hilo, he was a student assistant at the Center for Study of Active Volcanoes (CSAV) where he worked directly with HVO staff on volcano monitoring and outreach. David continued to be involved with CSAV as an instructor while at UH-Mānoa and UNAVCO, always returning to teach. He is passionate about science education and the encouragement of local youth to enter science, technology, engineering, and math (STEM) careers. He has taught youth programs at the Lyman Museum, led fieldtrips for Upward Bound, and helped Jim Kauahikaua (HVO) and Jim Anderson (UHH) teach a program for Nā Pua No‘eau. David is excited to contribute to HVO’s outreach program going forward.

David brings professional ties to scientists and technical experts at major research institutions and other U.S. Government agencies such as NOAA and NASA who utilize technology and generate data very familiar to HVO. These ties will prove extremely useful to HVO as we enter the era of National Volcano Early Warning System expansion and integration of our efforts with the other US volcano observatories.

As HVO DSIC, David will supervise the field engineering staff and monitoring network managers, essentially the critical infrastructure backbone of the HVO instrumentation that tracks activity at our volcanoes. He will also oversee work on HVO facilities, play a pivotal role in the planning our new buildings, and facilitate important interagency relationships with Hawai‘i Volcanoes National Park and other cooperators in Hawai‘i.