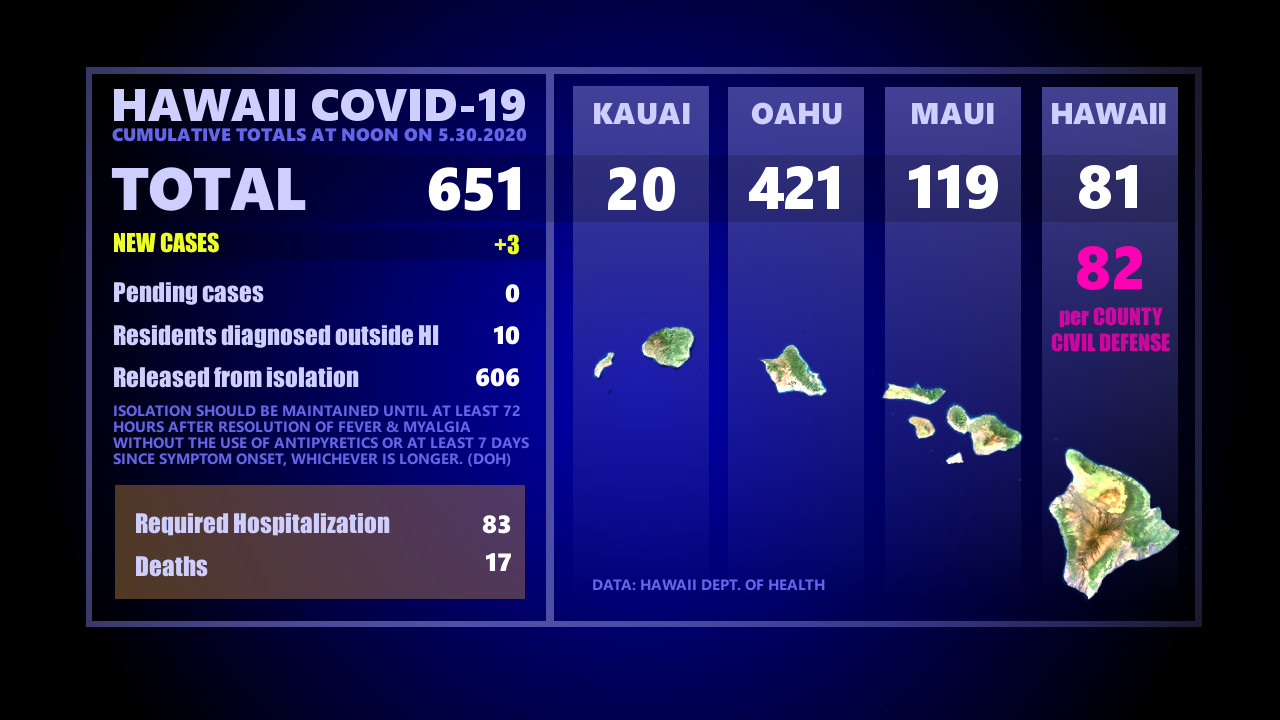 Hawaiʻi COVID-19 Updates For Saturday, May 30: New Cases On Oʻahu

HAWAIʻI ISLAND - There are no active cases identified on Hawaiʻi island, and the cumulative total for the Big Island has gone down by one case, officials say. 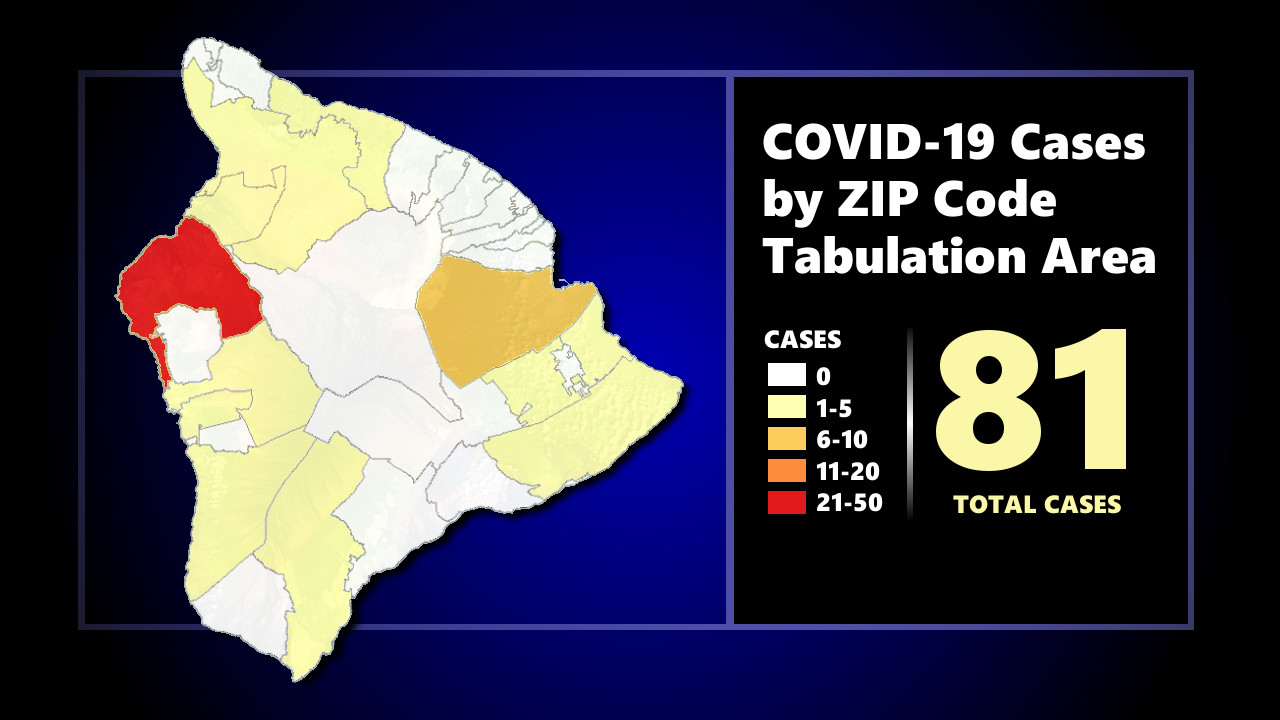 On the Hawaiʻi health department map showing COVID-19 cases by zip code, the area of South Kohala – previously colored light-orange to mark 6 to 10 cases – has gone back to yellow, marking 1 to 5 cases. Graphic by BIVN.

(BIVN) – There were three (3) newly identified cases of COVID-19 in the State of Hawaiʻi on Saturday, May 30. All three cases were on Oʻahu, reported the Hawaiʻi Department of Health in a noon update.

There were no new cases identified on Hawaiʻi island, where the cumulative total number of cases has gone down, from 82 to 81, “as a result of updated testing information,” health officials reported.

The updated case count has apparently resulted in another adjustment to the health department map showing COVID-19 cases by zip code. The area of South Kohala, previously colored light-orange to mark 6 to 10 cases, has gone back to yellow, marking 1 to 5 cases.

Of the 81 total cases on Hawaiʻi island, all 81 have been released from isolation, which means there are no active cases of COVID-19 on the Big Island.

“These numbers reinforce the importance of following the policies of distancing, gatherings, cleanliness, face coverings, and keeping yourself physically and emotionally healthy,” Hawaiʻi County Civil Defense stated in a Saturday morning message. “The virus threat remains and we need to continue to get better in following the preventive policies of not spreading the coronavirus.”

“Hawaii has been identified by Johns Hopkins University data as tied with Montana for the lowest per capita infection rate in the Nation,” civil defense added. “Thank you for doing your part.”

Yesterday, 1,003 people arrived in Hawaii. During this same time last year, nearly 30,000 passengers arrived in Hawaii daily, including residents and visitors. The state’s mandatory 14-day self-quarantine started on March 26th for all passengers arriving in Hawaii from out of state. The quarantine order was expanded on April 1st to include interisland travelers. This table shows the number of people who arrived by air from out of state yesterday and does not include interisland travel. This data was collected from the Hawaii Department of Transportation’s (DOT) new Mandatory Travel Declaration Form.

The Hawaiʻi Department of Public Safety says there are no confirmed cases of COVID-19 in the prisons or jails, and provided this update:

From March 2 to May 29 there has been a 708-person reduction in the jail population across the state. These reductions are due to the huge, up-front diversion efforts made by county police departments, PSD’s Intake Services Center Division and the State Judiciary. More recent, additional reductions are due to the collaborative efforts of the state public defender’s office, county prosecutors, the Hawai‘i Supreme Court and the Supreme Court appointed Special Master, Judge Dan Foley. The prison population has also seen a 100-person decrease. 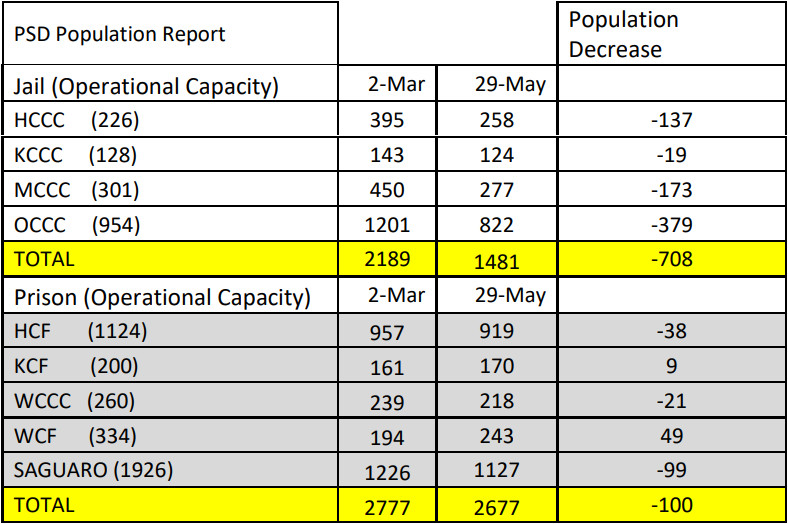