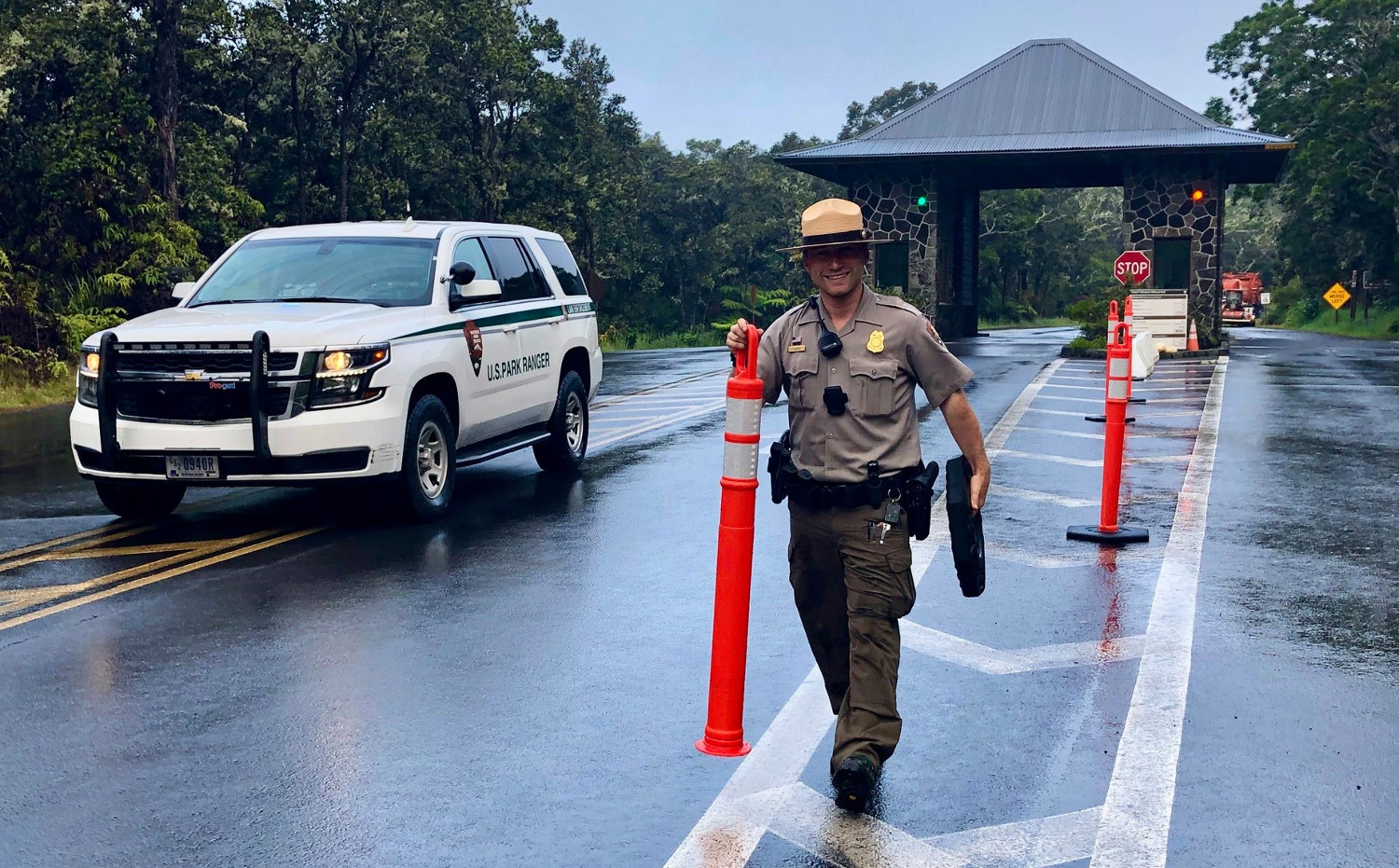 HAWAIʻI VOLCANOES NATONAL PARK - Motorists are being advised to drive with caution on Highway 11 near the park entrance as the eruption-damaged road is resurfaced.

(BIVN) – Work to resurface Highway 11, between mile markers 28 and 32 near the entrance of Hawaiʻi Volcanoes National Park, began on Tuesday, June 16. Park officials say motorists are advised to drive with caution and be prepared to stop.

The 2018 eruption of Kīlauea volcano, which included the dramatic collapse of the summit caldera, produced seismic activity that damaged nearby roads and buildings. Most of Hawai‘i Volcanoes National Park was closed for 134 days.

The National Park Service says work on Highway 11 is projected to take about 100 days and is funded by federal disaster relief monies. A media release stated:

Flaggers will direct traffic through alternate lane closures, from 6 a.m. to 6 p.m., Monday through Friday, as Hawai‘i Department of Transportation contract workers repair and resurface the section of highway damaged by seismic and subsidence activity during the summit collapse of Kīlauea volcano in 2018.