HONOLULU, Hawaiʻi - Regents put off any discussion on the internal restructuring proposed for Mauna Kea governance, but the board did approve a new Mauna Kea Management Board member.

(BIVN) – The University of Hawaiʻi Board of Regents met online via Zoom on Thursday, and spoke briefly about issues related to Maunakea.

The university is considering a plan to restructure its internal management for its leased lands on the mountain, but detailed discussion on the matter did not take place. (Corrected for more accurate terminology: future Maunakea management models, like those detailed in this link as part of a separate presentation, are not under University consideration. Regents are only considering a future internal management structure).

“The reason that we had this June meeting was to take up the internal restructuring proposal made by the administration for the Mauna Kea management entities that we have managing the mountain,” said BOR chair Ben Kudo. “However, in recent weeks we’ve heard back from both Mauna Kea Management Board as well as Kahu Kū Mauna with regard to their desire to do more consultation with regard to that proposal. As a consequence of that, we had a meeting with them last week and we have provided them an additional 60 days to consult with the administration.”

“We will probably be taking the action on that particular item on our August meeting this year,” Kudo said.

The Mauna Kea Management Board has scheduled meetings “almost weekly between now and the deadline for submission of their thoughts for the reorg,” said Hawaiʻi County regent Wayne Higaki, “so I suspect we’re going to get a very robust communication from them. I want to thank you and President Lassner for allowing the time for that discussion to occur with those two groups.”

Regent Alapaki Nahale-a noted that Kahu Kū Mauna and the Mauna Kea Management Board recently had their first meeting together on the reorganization.

The UH Regents also voted to approve of the appointment of William Carthage Bergin to the Mauna Kea Management Board for a 4-year term. According to the documents associated with the agenda item:

Billy Bergin, a native of the Big Island and former regent of the University of Hawaii, was born and raised in Laupahoehoe. While a regent, Dr. Bergin collaborated with island stakeholders to bring the voice of Native Hawaiians to the conversations about Mauna Kea. This work resulted in the creation of the Kahu Kumauna advisory group. Bergin earned two bachelor’s degrees, a master’s degree and a doctorate of Veterinary medicine from Kansas State University. He has been a practicing veterinarian for over 50 years, and has served in leadership roles in many community organizations. In addition to his service on the Board of Regents, Dr. Bergin has also served on the boards of the Hawaii Veterinary Medical Association, the National High School Rodeo Association, and the National Cowboy and Western Heritage Museum. He founded the Paniolo Preservation Society and is currently serving on the County of Hawaii Charter Review Commission. He currently resides in Kamuela. 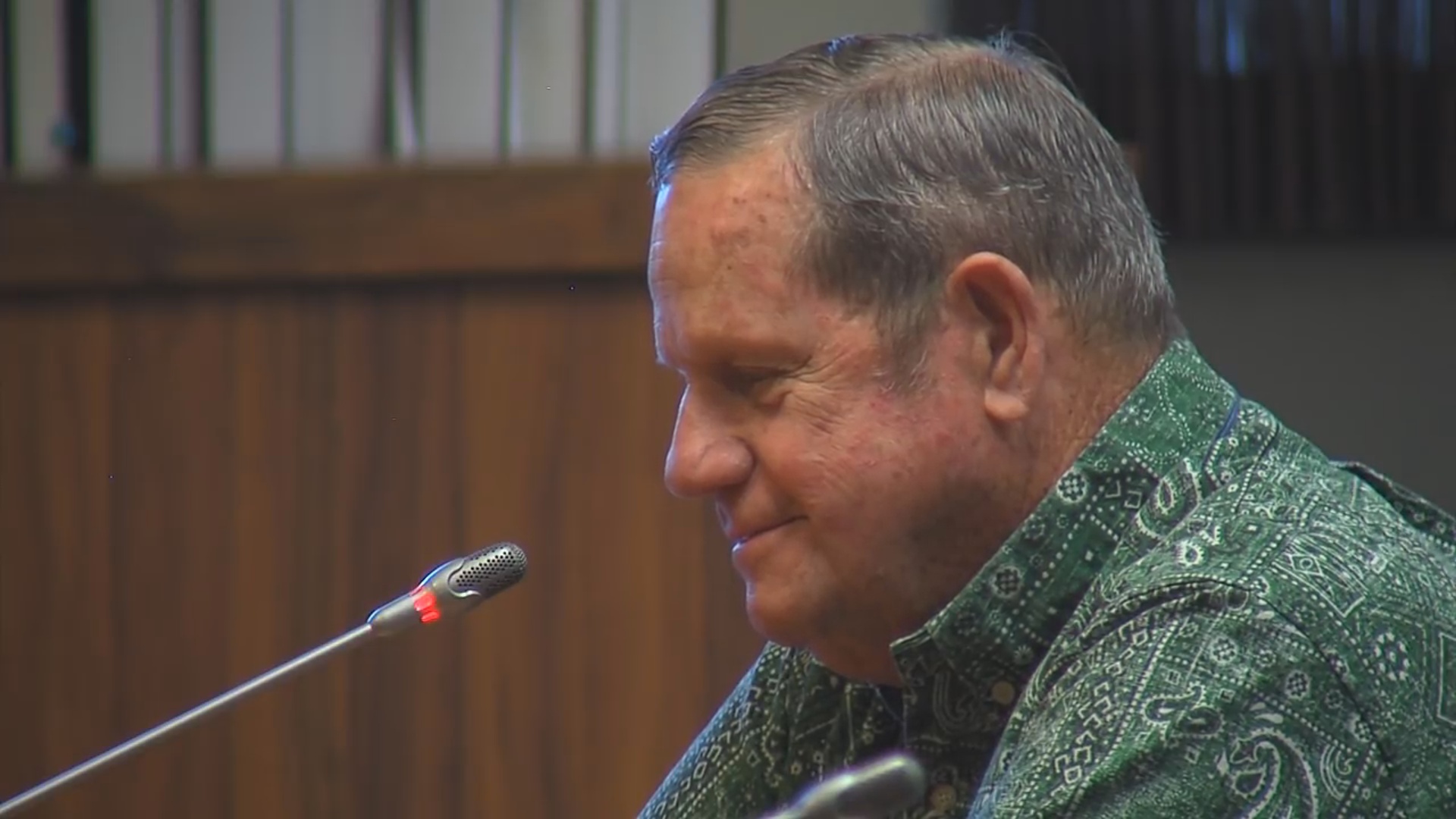 Dr. Billy Bergin at a Hawaii County Council meeting in 2018.

“Several of you are familiar with Dr. Bergin’s history,” said UH-Hilo Chancellor Bonnie Irwin, who spoke in favor of the appointment. “He is a former Regent of the University, and while he was Regent he was actually one of the people who was instrumental in engaging the Native Hawaiian community here on the Big Island in order to give them a larger role in consultation, which eventually led to the creation of Kahu Kū Mauna.”